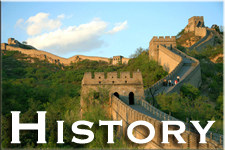 The history of Hong Kong is long and varied. Hong Kong was part of China prior to the British settlement in the 19th century. It was ruled by dynasties for much of its history; and the last great ruling Dynasty was the Qing Dynasty.

By that time, China was practically self-sufficient and had no need to trade. Westerners, however, wanted to trade with China for their silks, and precious metals. Thus, the arrival of the West began in the 19th century.

British traders came to Hong Kong to trade, but the emperor was more focused on preserving the Chinese way of life and culture. The persistence of the British paid off, however, and the emperor allowed them to trade through a system known as the Canton System.

This system made Hong Kong a trading port for the West. They were only allowed to trade for six months out of the year, and the Chinese placed high tariffs on the goods leaving the country. It was during this time that the British introduce opium to the Chinese. Opium was used heavily by the Chinese and had a devastating effect on the population by undermining the way of life in China. The emperor noticed this and shut down trade completely with the British.

Next, he ordered all opium to be seized from one of the British opium ships. This was enough for the British to act. Thus, the Opium War began. The British dominated the Chinese during this war and signed into effect the Treaty of Nanjing. Unfortunately, the Treaty of Nanjing was an unequal treaty for the Chinese, and they ended up ceding Hong Kong from China. China also had to pay a huge indemnity, and it opened up free trade in Hong Kong and five other ports with a more reasonable tariff.

The British gave Hong Kong back to China in the 90s under special circumstances: Hong Kong would remain a free trade area, and it would not be placed under the same rules as Mainland China.

to teach English in Hong Kong