Please keep an eye on our Job Board for open positions in Indonesia.

Indonesia, officially known as the Republic of Indonesia, is a tropical archipelago comprised of thousands of volcanic islands spread across Southeast Asia. With a population of over 255 million people, it is the fourth most populous country in the world.

A majority of the population today (Austronesian) can trace their roots back to ancestors who migrated from Taiwan around 2000 BCE.  Ideal agricultural conditions allowed for small kingdoms and villages to flourish for the next several thousand years. Around the 4th and 5th centuries, Hinduism and Buddhism arrived in the archipelago and remained as the dominant religions until the 13th century. Around this time, Islam began to appear in the region and remains the most popular religion to this day.

Indonesia also experienced various colonizations over the last few hundred years by the British, the Dutch and the Japanese (briefly during WWII). Following the end of WWII, Indonesia gained its independence and began to reorganize into the country that it is today.

To teach English in Indonesia, you must have: 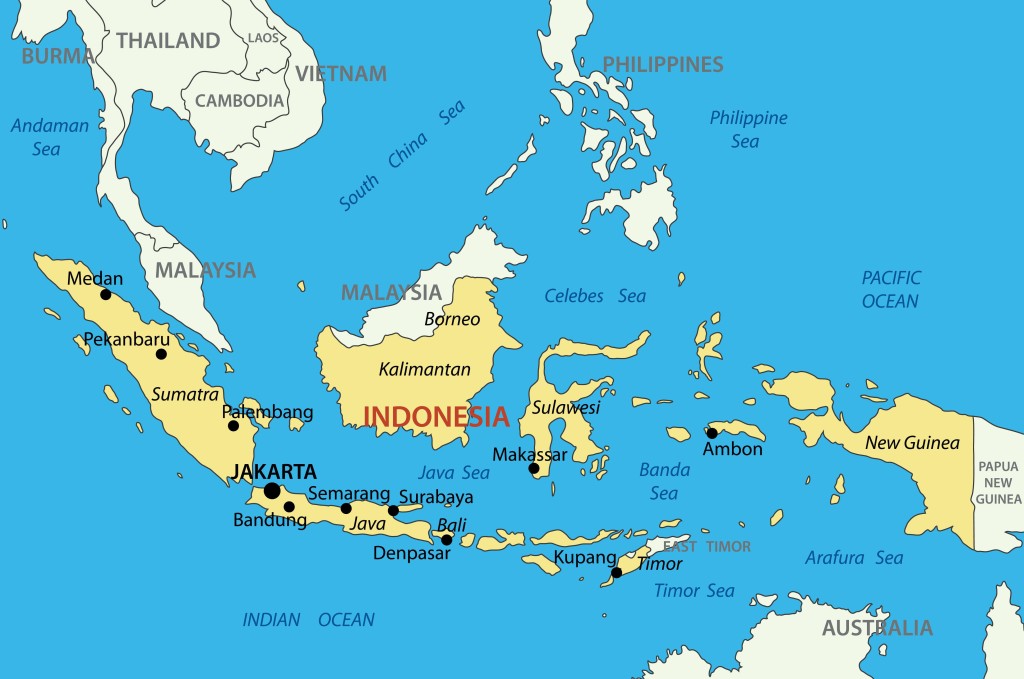 Bali (capital city: Denpasar) is an island and province of Indonesia, and one of the most popular tourist destinations. The island has a population of over 4 million and is home to the largest concentration of Hinduism among the archipelago.

While in Bali, you can explore many of its natural beautiful attributes. People from all around the world flock to Bali to soak up the sun on its bright, beautiful beaches. The marine colonies in the seas surrounding Bali have one of the highest degrees of biodiversity in the world. Thus, Bali has become renowned for its scuba diving and snorkeling sites. On the other hand, the interior of Bali is dotted with an array of majestic mountains and volcanoes, lush jungles and picturesque farmland.

Bali is also known for its vibrant nightlife and highly developed art scene. One can enjoy a live dance performance featuring traditional and modern Indonesian styles. Sculpture, painting, music, leather and metal working are also popular in Bali. The island has long been a favorite for hosting various arts-related events. The Indonesian International Film Festival is held in Bali every year; additionally, the 2011 ASEAN summit, 2013 APEC and 2013 Miss World were all hosted in Bali.

Your Journey to Teach English in Indonesia Starts Now! 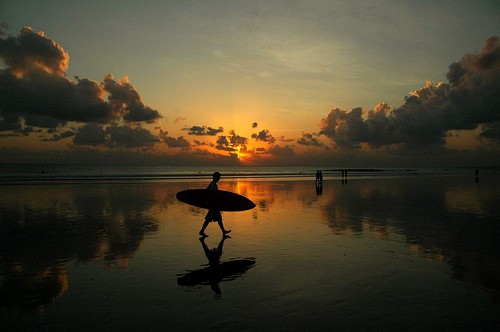 While teaching English in Indonesia, you can expect to make between $1,000 and $1,500USD a month. Some schools may offer a housing stipend and flight reimbursement. Due to the very low cost of living, teachers will find that they can live quite comfortably in Indonesia.

Perhaps some of the most popular pastimes in Indonesia involve outdoor recreation. Indonesia is one of the top surfing and scuba diving destinations in the world. The country also offers an array of different opportunities to hike and explore the many mountains and jungles.

While teaching in Indonesia, you have access to an unlimited supply of natural beauty and adventure. 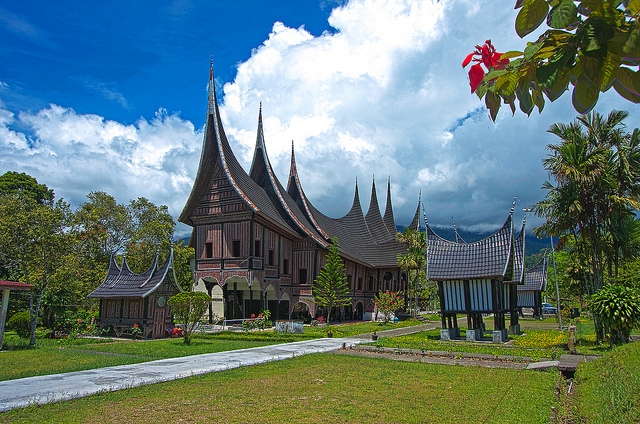 Expand Your Horizons in Indonesia!

As the fourth most populous country in the world, you are bound to meet an array of unique and interesting people. Teaching English abroad in Indonesia will give you access to a bustling population of locals and expats from all around the world.

Indonesians are considered some of the most friendly and hospitable people in the world. Once you gain the trust of an Indonesian person, they are very adamant about helping you in any way possible.

The region practices an array of different religions (such as Hindusim, Buddhism, and Christianity) but the dominant religion remains as Islam. Thus, it is important to dress more conservatively in the workplace to show respect to the locals. Indonesians also have a strong sense of community so after forming a friendship, don’t be surprised if you are invited to join them on an outing for a more traditional Indonesian experience.

What to Do and See in Indonesia 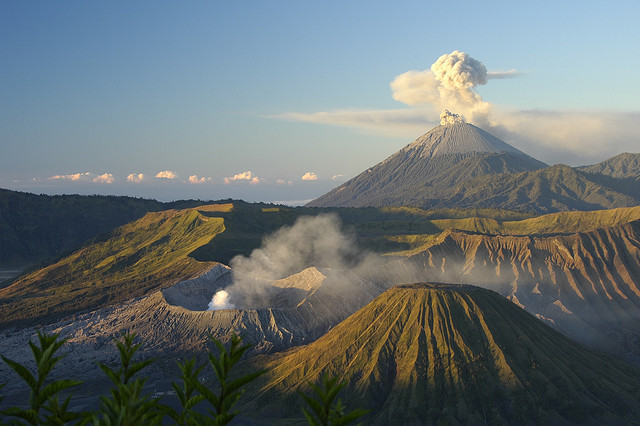 Bromo-Tengger-Semeru National Park is located in East Java. The National Park is home to Mount Bromo, one of Indonesia’s most iconic mountain peaks. At 2329 meters tall, Bromo is a beast of a mountain that offers spectacular views. It is also one of the most active volcanoes in the world with what seems like an endless supply of white sulfurous smoke constantly spewing from the top.

Many people choose to rent a jeep, ride a horse or simply hike by foot throughout the park. One of the best times to embark to the summit is well before dawn in order to catch the sunrise. There are an array of different eateries and lodges available along the way for those who want to embark on this arduous adventure.

Located just east of Bali, Lombok is quickly becoming a popular destination for outdoor enthusiasts. With consistent swells and hearty waves, it has become a favored destination for avid surfers. Additionally, it also boasts various hikes, scuba diving, and snorkeling.

Unlike its neighboring island to the west, Lombok is not nearly as built up as Bali, and features many unspoiled natural attractions. From beautiful waterfalls to beaches with crystal blue waters, one is bound to be enamored by the natural beauty of this island.

The most notable locations around Lombok would be Kuta (not to be confused with the Kuta of Bali), the Gili Islands, Mount Rinjani, and the beaches around Senggigi’s stretch of bays. The beach at Kuta is heralded as a favorite among surfing connoisseurs. The Gili Islands offer some great snorkeling and scuba diving, and the trek up Mount Rinjani offers spectacular views as well as the chance to be up close and personal with one of Indonesia’s many active volcanoes. 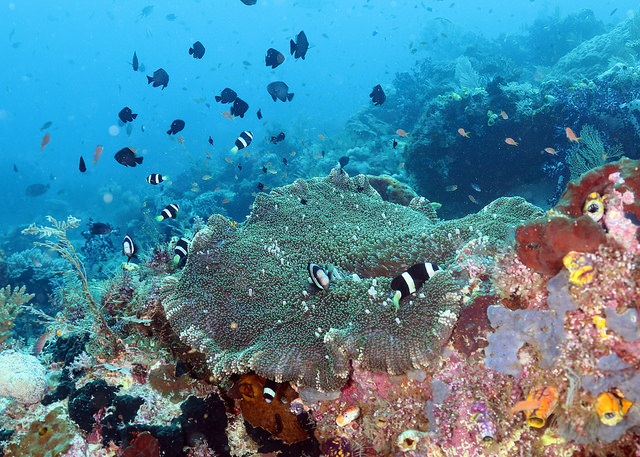 Consisting of around 1,500 unique small islands, Raja Ampat is part of the Coral Triangle– an area of the world noted for its high degree of biodiversity. Largely undeveloped, this island collective is perfect for the adventurer who wants to experience nature at its most raw.

Looking to do more? Try this Indonesian Tourism website.