Guide to Living and Teaching English in China

China is such an immense country that there is no simple way to define it’s culture within a neat frame. It has evolved and changed over thousands of years into what it is today, a beast that dominates the Asian continent.

A simple truth about the people of Northern China might not apply at all to the people of Southern China. In fact, there is a good chance that these two people might not even be able to communicate to one another. It is for these and many other reasons that have drawn people here for thousands of years and why China is one of the most popular destinations for ESL teachers today.

Throughout its long history many ethnic groups have existed in China, but the pre-eminent group has always been the Han Chinese. Han culture has always centered around northern China with its regional capital being Beijing. Other groups have been assimilated into neighboring ethnicities or disappeared all together.

At the same time, many within the Han identity have maintained distinct linguistic and regional cultural traditions. This is because until recently, very few people ever left there traditional home villages to travel or interact with the rest of the world. This allowed for significant language changes to develop within a small area. Much of the traditional cultural identity within the community has to do with distinguishing the family name. 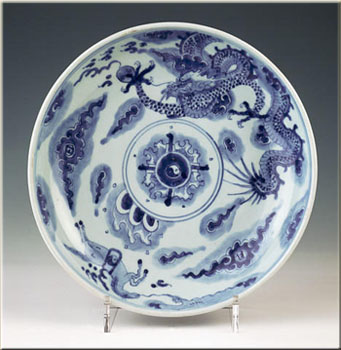 Most social values are derived from ancient Confucian and Taoist teachings with a combination of conservatism. The Chinese value the importance of family above all else, followed by the cultivation of morality and self-restraint with an emphasis on hard work and achievement.

In many ways the family unit takes precedence over its individual members. Children must learn not to answer back to their parents or other elders. It is assumed that the family as a whole will thrive and prosper if harmony prevails at home. The basic rules of obedience, moderation and self-restraint amongst family members should be observed.

Different forms of art have swayed under the influence of great philosophers, teachers, religious figures and even political figures. Chinese art encompasses all facets of fine art, folk art and performance art. Porcelain pottery was one of the first forms of art in the Paleolithic period. Early Chinese music and poetry was influenced by the Book of Songs, Confucius and the Chinese poet and statesman Qu Yuan.

Chinese painting became a highly appreciated art in court circles encompassing a wide variety of Shan shui with specialized styles such as Ming Dynasty painting. Early Chinese music was based on percussion instruments, which later gave away to string and reed instruments. By the Han dynasty paper cutting became a new art form after the invention of paper. Chinese opera would also be introduced and branched regionally in additional to other performance formats such as variety arts.

Chinese literature began with record keeping and divination on Oracle Bones. The extensive collection of books that have been preserved since the Zhou Dynasty demonstrate just how advanced the intellectuals were at one time. Indeed, the era of the Zhou Dynasty is often looked to as the touchstone of Chinese cultural development.

The Five Cardinal Points are the foundation for almost all major studies. Concepts covered within the Chinese classic texts present a wide range of subjects including poetry, astrology, astronomy, calendar, constellations and many others. Some of the most important early texts include I Ching and Shujing within the Four Books and Five Classics. Many Chinese concepts such as Yin and Yang, Qi, Four Pillars of Destiny in relation to heaven and earth were all theorized in the dynastic periods.

Notable Confucianists, Taoists and scholars of all classes have made significant contributions from documenting history to authoring saintly concepts that seem hundred of years ahead of time. Many novels such as Four Great Classical Novels spawned countless fictional stories. By the end of the Qing Dynasty, Chinese culture would embark on a new era with Vernacular Chinese for the common citizens.

Different social classes in different eras boast different fashion trends. China’s fashion history covers hundreds of years with some of the most colorful and diverse arrangements. Fashionable but questionable practices such as foot binding have also been part of the culture. Many symbols such as phoenix have been used for decorative as well as economic purposes. 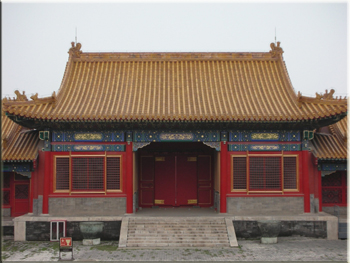 The most important is its emphasis on width, as the wide halls of the Forbidden City serve as an example. In contrast, western architecture emphasize on height, though there are exceptions such as pagodas.

Another important feature is symmetry, which connotes a sense of grandeur as it applies to everything from palaces to farmhouses. One notable exception is in the design of gardens, which tends to be as asymmetrical as possible.

Like Chinese scroll paintings, the principle underlying the garden’s composition is to create enduring flow, to let the patron wander and enjoy the garden without prescription, as in nature herself. 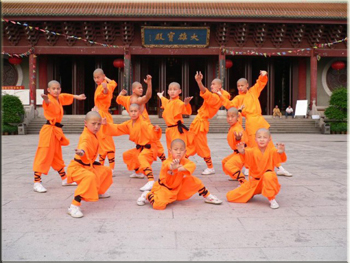 China is one of the main birth places of Eastern martial arts and its people are very proud of this heritage. Traditionally the names of martial arts were called wushu, where as the modern term kungfu refers to any discipline that requires extreme concentration.

One of the most famous traditions of Chinese martial arts is Shaolin which was founded by Buddhist monks in the Wudang Mountains some 1500 years ago. As with most martial arts, the initial purpose of the forms were for survival and warfare.

Over time art forms have branched off, while others have retained a distinct Chinese flavor. Regardless, China has produced some of the most renowned martial artists in the world including Wong Fei Hung and many others.

A number of games and pastimes are popular within Chinese culture. The most common game is Mahjong. The same pieces are used for other styled games such as Shanghai Solitaire.

Others include Pai Gow, Pai Gow poker and other bone domino games. Weiqi, Xiangqi and Chinese yo-yo are also part of the popular culture.

Mythology and Spirituality – Culture in China

Chinese religion was originally oriented to worshipping the supreme god Shang Di during the Xia and Shang dynasties, with the emperor and his officials acting as priests.

The Zhou dynasty introduced the worship of the broader concept of heaven. A large part of Chinese culture is based on the notion that a spiritual world exists. Countless methods of divination have helped answer questions, even serving as an alternate to medicine.

Folklores have helped fill the gap for things that cannot be explained. There is often a blurred line between myth, religion and unexplained phenomenon. While many deities are part of the tradition, some of the most recognized holy figures include Guan Yin, Jade Emperor and Buddha.

Many of the stories have since evolved into traditional Chinese holidays. Other concepts have extended to outside of mythology into spiritual symbols such as Door god and the Imperial guardian lions.

Along with the belief of the holy, there is also the evil. Practices such as Taoist exorcism fighting mogwai and jiang shi with peachwood swords are just some of the concepts passed down from generations. A few Chinese fortune telling rituals are still in use today after thousands of years of refinement.