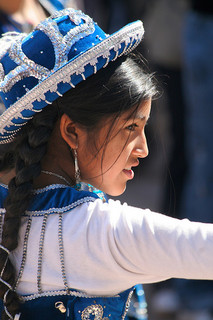 Isolated and rugged, the long, narrow strip of land known as Chile has a Chilean culture and identity distinct from the rest of the region. It shares some similarities with its nearby Latin American neighbors, such as Argentina and Bolovia. However, Spanish colonization, European migration, and indigenous cultures have all mixed together, resulting in a culture, a language, and a way of life that is uniquely Chilean.

The name “Chile” is believed to derive from the native Aymará word meaning “The land where the earth ends.” And the country, in many ways, suits its name. Geographic barriers create a sharp divide between Chile and the rest of Latin America. The rugged coastline on the Pacific Ocean forms Chile’s western border, while the peaks of the Andes Mountains dramatically divide Chile from neighboring Argentina and Bolivia. The rugged lands, cold climate, and sense of isolation all contribute to a strong sense of Chilean national identity. Chile, as a result, is a more European, and more homogenous, society than most other countries in the region.

Despite the extreme and unusual geography of Chile, its culture remains surprisingly uniform from north to south. The migration of people from the central regions to the north and south has helped to maintain this sense of national culture.

Another thing that helps to maintain the sense national identity is the common language. Spanish, or castellano as it is referred to in Chile, is spoken by nearly all Chileans. Whether they are of European or indigenous descent, and whether they live in the North, South, or Central regions, the language and even the accent remains virtually identical throughout the country.

Most Chilean’s are of mixed descent, with European and indigenous ancestry. Only about 7% of the population are indigenous groups. Despite the various Spanish, German, French, or other ancestries of the Chilean people, a very strong sense of patriotism and national identity remains. Often, a person’s background and ancestry are down-played.  Whether someone is of German, French, or indigenous descent, they consider themselves Chilean first.

Family is one of the most important parts of Chilean life. The nuclear family forms an important core for most people. Children retain very close ties to their parents, even well into adulthood. It is not uncommon for elderly parents to move in with one of their children.

Chilean society is a traditionally patriarchal one, and in many traditional families, women are still expected to do most of the cooking, cleaning, and child-rearing. Even in the most traditional families, though, women still have an important role in household decisions. Recently, women have been playing an increasingly important role in business and professions, as Chilean society moves toward a more modern and open view of gender roles.

Chileans value and enjoy their work, and commonly bring much energy and enthusiasm to job. However, as important as hard work is to Chilean values, family takes precedence. Working overtime is uncommon, as is working on the weekends. Having adequate time to spend with family and enjoy life is an important part of Chilean culture. Chilean food and customs are quite different from what you are most likely used to. Instead of three meals a day, Chileans typically eat four.

The earliest meal, eaten shortly after waking up, usually consists of something light, such as toast and coffee. Lunch is the largest and most important meal of the day, and is typically served around 1 or 2 pm.  When “dinner-time” for many other cultures rolls around, Chileans are accustomed to having a small snack, called Once. This concept derives from British-style afternoon tea.  Bread, jam, cheeses, and sometimes avocado, are served.

Dinner is served around 8 or 9pm. While not as large a meal as lunch, it is still substantial, and often includes a delicious Chilean wine.

Like all of Chile’s culture, food is influenced by indigenous cultures, as well as European and Latin American foods. With its extremely long coastline, Chile also has a large prominence of seafood in its cuisine.