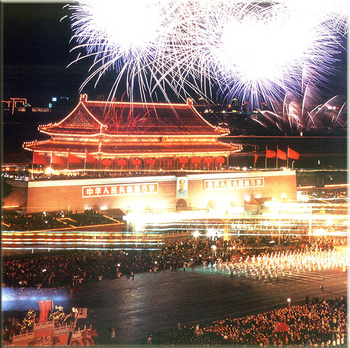 Not as much celebrated as it is in other parts of the world because it is overshadowed by the upcoming Chinese New Year. However, English teachers will enjoy a paid day-off and you can be sure to find some fireworks and parties somewhere.

Interestingly, women employees will get a whole or an half paid day-off while the men are at the mercy of their employers.

Highly promoted since the late 70’s by the reformist government but is yet to become established. It marks the beginning of a greening campaign all over the country for the entire month.

No less celebrated than the New Year’s Day. English teachers will enjoy a paid day-off.

Almost all entertainment places such as cinemas, parks, museums and palaces are free for children. Elementary schools throw celebration parties while parents shower them with presents.

Marks the founding of the Chinese Communist Party in 1921 in Shanghai. It is usually characterized by front page editorials from major government newspapers.

A communist-led nationalist army staged the first armed uprising in Chinese communist history against the Nationalists on August 1, 1927. It was regarded as the beginning of the Red Army (later the People’s Liberation Army). Now the anniversary is often used to promote better relationships between the army and civilians, a tradition believed to have helped it beat the Nationalists during the civil war in 1949.

It is the anniversary of the founding of the People’s Republic of China in 1949 in the wake of routing the Nationalists who have since taken refuge in Taiwan. There used to be grand parades squares of major cities of the country. Now celebrations usually take the form of parties in amusement parks by day and fire-works and grand TV ensembles during the evening. English teachers will enjoy two paid days-off.

The calendar the Chinese traditional holidays follow is of a unique lunar-solar system. Therefore, 1st of the 1st month referred here does not necessarily mean January 1. 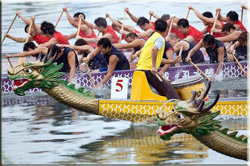 Originally it was a celebration of spring, but now it has became a day dedicated to the dearly departed.

Said to be in memory of a great patriot poet of the then State of Chu during the Warring States period (475-221 B.C.), Qu Yuan (Ch’u Yuan), who drowned himself to protest his emperor who gave in to the bully State of Chin. For fear that fish may consume his body, people of Chu threw launched their boats and started throwing rice dumplings wrapped in bamboo leaves into the river where he was drowned to feed the fish.

It is second only to the Chinese New Year in significance. Be prepared to eat lots of great food and enjoy a couple days off work.