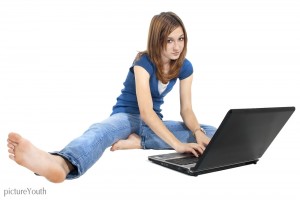 One of the most common questions we get about teaching in China is “What about Facebook?” Most people know China restricts internet usage. When people first started using the Internet, the Chinese government wasn’t even allowing internet connections on home computers, and it didn’t do so for several years. In 1996, the Chinese government unveiled a light version of the Internet which gave users restricted access to a few select pages. Today, much of what the rest of the world can view is also available in China, but there are still quite a few exceptions: YouTube, Twitter, and Facebook are all technically unavailable.

Certain websites are blocked by the government censors because they contain certain keywords. This is all done pretty automatically with sophisticated software that all internet traffic is filtered through. Other sites, such as those mentioned above, are considered a breeding ground for…well, we’re not sure what, but the freedom to speak and post whatever you want comes to mind. Of course, the Chinese government’s fears are not unfounded: social networks were a driving force behind the Arab Spring, which saw several totalitarian regimes fall.

Given that most of the world are strong proponents of free speech, activists have found a way around censorship. While not in wide distribution, many people living and working in China are savvy enough to get around the censors. How is this done?

It’s actually as simple as downloading a computer program to your Mac or PC.

Most users opt to download software that connects them to a VPN (virtual private network). Your internet connection bypasses the censors by tricking them into thinking you are not actually surfing from within China, allowing you to enjoy all of the websites enjoyed in your home country. The main complaint is this slows down internet connections noticeably, but if you disable the VPN while surfing “safe” sites and turn it on only when watching YouTube or posting on Facebook, the slow-downs should be minimal.

See also  After Dark In Taipei: Nightclubs, Bars, and Eateries

While there are some free services available, you do tend to get what you pay for. One popular free program is Freegate, but recent reports suggest that even though the company is dedicated to free speech, the Chinese government has cracked their code. In fact, most free services no longer work. If you want better reliability and updates that keep up with the changes the government censors make, you will likely want to pay. Software varies in price from a few dollars a month up to US$30 per month, but many companies give nice discounts if you subscribe for a full year.

Here are the two best reviewed VPN plans we could find:

Strong VPN: The best deal is for their standard service. Works on both Windows and Mac. Reviewers say this service is by far the fastest and most reliable. Easy to install with some computer know-how and live support.

12VPN: While not considered as fast as the above, this program gets highest marks for ease of use. Reviewers have said that installing across their computer and phones was no problem. This is the clear winner for those who are not tech geeks!

Note: After this article first appeared, we were informed that many of the paid services have also been blocked by the government. The companies are looking for a way to work around this, so do a bit of research before handing over any money!

Another option is to use proxy servers. Through a proxy server, you can pipe your web traffic through another computer before establishing a connection with your target server or website. Since most proxy serveres are not on a black list in China, many blocked sites become accessible through a proxy. The Great Firewall of China has made some advancements in this area though, and in some cases it will do live-content filtering or it will reset connections. This can’t be prevented by using a proxy server because the content will still go through the Chinese internet unencrypted, but the good news is that there are many free proxy servers that you can use and they’re fairly easy to set up.

If you are teaching in China and using a VPN or a proxy, please let us know what has (and has not) work for you.