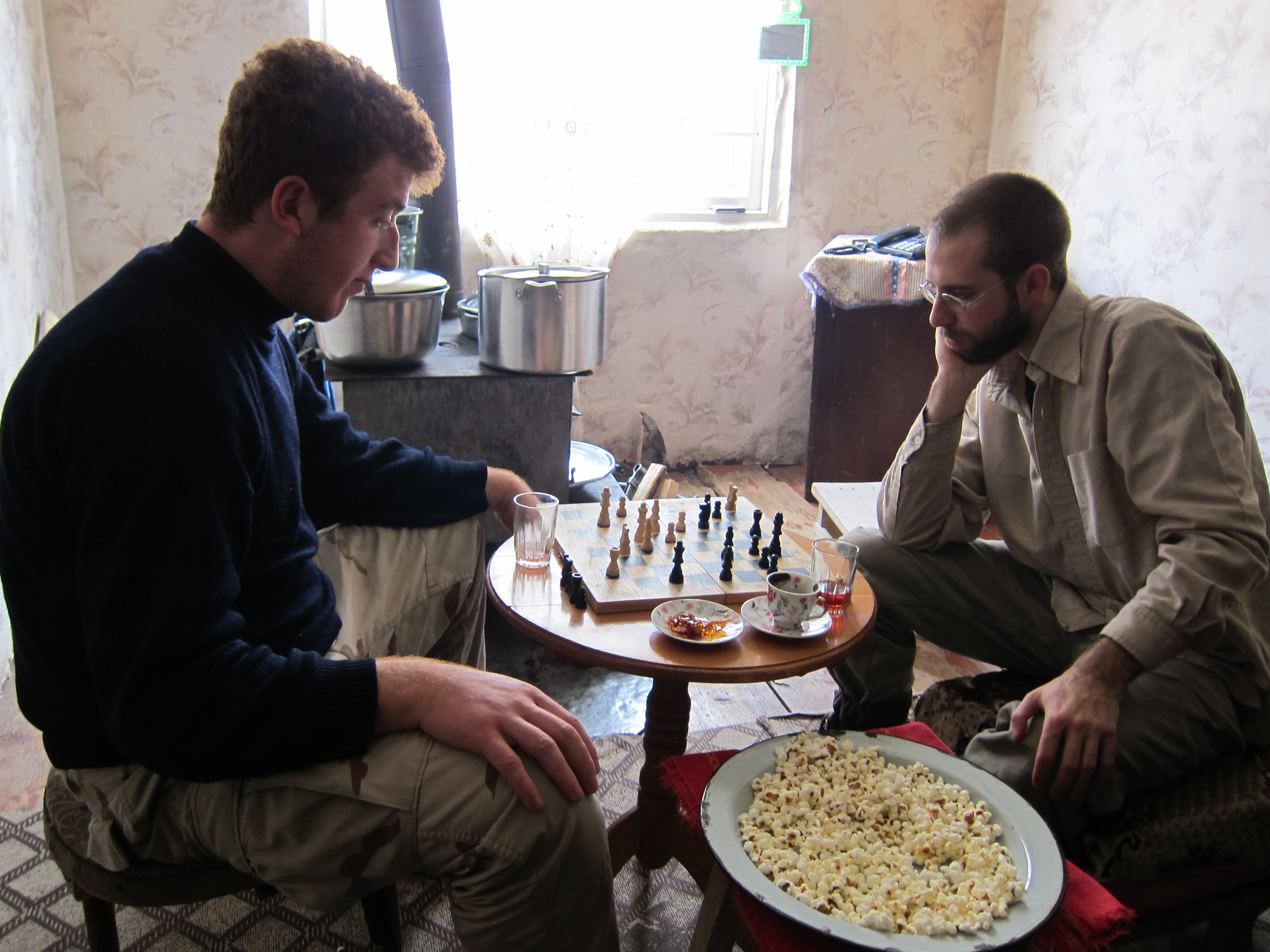 Welcome, dear readers! Today we have a special treat for you. Isaac Gregson, webmaster and writer of ESL Georgia, has kindly offered to answer some of our questions about living and teaching in the beautiful Republic of Georgia. Please also visit Isaac’s blog at Wander Georgia for updates on his adventures in Georgia.

Hi!  Thanks so much for taking the time to answer some questions.  Can you tell us a little bit about yourself, your background, and how you ended up teaching in Georgia?

Certainly. I’m glad to share about my living and teaching here in The Republic of Georgia with the hope that it will be helpful for others, if only in some small way.

I grew up on the coast of North Carolina in what most would call a normal American household. Public school, forts in the woods, potlucks with family and friends, and expectations to be in the protestant church of my upbringing whether I wanted to or not formed me throughout child-hood, adolescence, and teenage years. As high school came to an end, I decided to break the norm and go to Warren Wilson College. 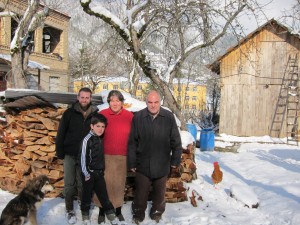 Though in hindsight I would have made a different decision, I wouldn’t be where or who I am today had I not attended Warren Wilson. Through the mandatory work program I feel in love with the simple life of growing food and making and doing things by hand. But moreover I developed a deep appreciation and wonder for the natural world – thanks to the Southern Appalachians and a few friends and professors. This was the “unofficial” Wilson education that most formed me throughout the experience, though my formal degree was in environmental studies, concentrating on sustainable agriculture and environmental education.

Somewhere and somehow during my time at Warren Wilson I converted to Eastern Orthodox Christianity. The irony, of course, is that Orthodoxy is viewed by most in the West as a conservative institution stuck in the past – a hindrance to all good and liberal endeavors – and that Warren Wilson is seen as a radically counter-cultural and liberal college. While these are certainly grave misunderstandings, my becoming Orthodox in the context of Warren Wilson was nevertheless somewhat of a miracle. Had I not, I wouldn’t currently be living and teaching English in the country of Georgia.

I first learned about Georgia in Alaska, from a young engaged couple who had recently returned to The States. He had been in Georgia for several years, only leaving the monastery in which he almost became a monk because of serious illness; she had been in the country to learn and experience Georgia’s world-renowned poly-phonic folk music. Their sharing about Georgia, it’s people and culture cultivated an intrigue that partially motivated my coming here to teach English. I wanted to live in an Orthodox culture that’s still connected to the simple agrarian ways. The goal: live-out the many connections I had studied between Orthodoxy and “sustainability,” for lack of a better term. A good two years later, I’ve finally arrived here in Georgia and the works just begun.

Did you find your week-long orientation and training session with TLG helpful?

The TLG team did a wonderful job of welcoming and preparing me and the other new teachers upon our arrival to Georgia. With that said, it was my hardest week yet. When I arrived to Georgia I was ready to jump in, sink-or-swim style. I was ready to begin making Georgian friends, visiting places, and beginning the good work to-be done. But the week of training was essentially one long period of sitting. This was hard for me. But the content was important, some of it even essential.

You are living with a Georgian host family in a small village called Dandalo in the Adjara region.  What is village life like?

Village life is simple but blessed. The people’s hospitality is beyond describable. Folks go out of their way, time and again; they offer food, they are patient when I speak in Georgian, and I always get plenty of warm smiles and laughs. The food is basic but tasty, typical farm-fair with only occasional processed products. Almost all of it is home-grown, and soon my family’s milk cow will be giving milk again. And the invites into people’s homes still haven’t ceased. Turkish coffee, popcorn, perhaps some type of sweets, and a warm wood-stove make for enjoyable visits.

In the wake of such blessings the challenges have been present but manageable. Commonly shared by other volunteers, and being the norm here in Georgia, only one room of the house is heated. This is really only a challenge because of the television being located in it. It’s constantly on, usually quite loud, and usually showing tele-novelas (Spanish soap operas) and other things I’d rather not watch. But I am grateful to see the news and be hear the Georgian language in varied contexts.

What have been some of your favorite destinations and sights in Adjara?

The mountain road is about a one-hour min-bus ride between my village and nearest city, Batumi. It’s filled with intriguingly picturesque mountain villages that make for great explorations. Numerous stone bridges also adorn the route, some a good 800 years old. Occasional foot travel along parts of the road makes for good time spent, and the bus ride is far from boring. There are places along the way to stop for some khatchapori (cheese-bread, Georgia’s delicious national fast food) or other simple eat. Strangers offer invites to have a toast or two of cha-cha (Georgian moon shine). These things as a whole, connected by one simple road, has been the single most identifying feature coloring my time here in Adjara.

Have you had a chance to travel to other regions of Georgia? 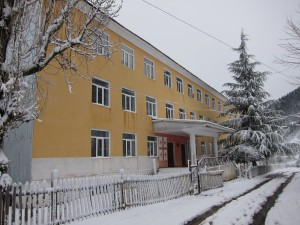 Yes, on one occasion. On a Wednesday at school it was announced that school for Thursday and Friday was canceled for the whole country because of bad weather. I took the opportunity to travel to Tbilisi to meet and spend time with some Georgians friends in the States had put me in touch with. After one very special night in Tbilisi, I then traveled with a bishop to his monastery for a very blessed couple days of spiritual retreat and immersion into the heart of Georgia. I share the story in more detail on my blog Wander Georgia, should any be interested.

Teaching makes up a big part of life in Georgia.  What is a typical day of teaching like for you?

The teaching day begins with enumerable children joyfully saying “halo” and ends with the same children say “goodbye.” It’s really a wonderful start and end to the work day. In the classroom the children or forever curious about this strange foreigner, though it doesn’t keep most of them from misbehaving. The classes begin with oral review exercises, then transition to checking/reviewing homework, and then the day’s lesson. The biggest challenge is not speaking Georgian.

What have been some of your most memorable moments in Georgia?

Excellent questions… only there are too many to share 🙂

The first to come to mind was a train ride back to Batumi from Tbilisi. A girl was there with her panduri (traditional Georgia folk instrument) and the night was quickly filled with many a beautiful and joyful sound.

Finally, if you could give one piece of advice to someone just starting out their adventure in Georgia, what would it be?

Don’t be afraid to initiate conversation with Georgians, regardless of how bad your Georgian might be. Remember the other forms of communication that quickly bridge the language barrier, such as a warm yet humble smile that communicates on that plane of simple person-to-person.

Also, remember that, in the end, none of the supposed struggles or difficulties will seem like the slightest. In a certain sense, they’re good and quite beneficial.

Thanks again for your time, Isaac. We really appreciate you taking the time to answer our questions and we are looking forward to your blog updates on life in Georgia. All the best to you in 2012!