Friends of travelers know this truth more than anyone else: traveling changes a person. If you’ve met someone after they’ve spent time abroad, chances are you met a much different person than had you met them before they boarded the plane to live in Korea. 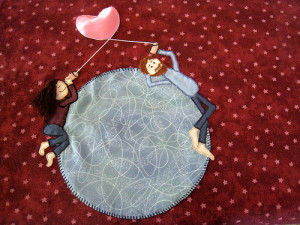 It might be in the smallest of habits that you can tell the guy or girl you’re dating lived in South Korea before, like the way they hand over money to cashiers with two hands, or it might reveal itself more obviously, like their strange penchant for pickled vegetables. Whether your partner lived in Korea one year or ten years, they probably exhibit these 10 signs.

1. He is a connoisseur of kimchi

Your SO – which stands for “significant other” for those of you who aren’t down with couple’s slang – is a kimchi fiend. More often than not, when it’s their turn to cook, you’ll find the delicious pickled side dish peeking out from your scrambled egg breakfast or hiding sneakily in your homemade burger. Its constant presence at the dinner table serves as a small daily reminder that your SO lived in the land of morning calm, and that the time spent there has had a huge impact on your SO’s life and taste buds.

Whatever you do, don’t insult your partner by calling their preferred side dish “smelly” just because you don’t like it… not unless you wish to be single anyway. Talking smack about kimchi to a former Korean expat is the equivalent of a death wish. If you care at all about keeping your relationship intact, tread with care when speaking out against your SO’s favorite spicy side.

2. She buys you two matching pajamas

In case you have yet to live in Korea, the dating scene is an entirely different game in said country. One of the more notable differences manifests itself in couple’s fashion. To prove their undying adoration for one another in public without getting too into PDA in conservative Korea, couples wear “couple outfits,” which are the exact same clothes from head to toe.

Seeing a pair walk down the street in the exact same outfit is somewhat reminiscent of that scene in The Shining when Danny rides his tricycle into those two bloody twin girls wearing the same dress, hair bow, stockings, and shoes. On second thought, Korean couples are far more terrifying than those two little ghost girls because Korean couples are actually real. Your SO might not go as far as making you wear matching outfits in public, but behind closed doors you might have to humor her and wear the matching pajamas she surprised you with last Christmas as a “gag gift.”

You and I both know the gift wasn’t really a joke, and that you are required to wear those pajamas whenever you’re in trouble or trying to suck up so you can go out drinking with the boys later.

3. He cares about his appearance

Chances are your boyfriend might be a much better dresser than before he visited Korea. If he decided to take on any flower boy  traits, then he’s got more than a couple pairs of skinny jeans in his closet and hair styling products in his bathroom. Be grateful for his time in Korea because now his style is cute and refined – a much better change from the old university tees and dirty sneakers he’d wear on the regular!

The habit nearly all girls claim to adopt from living in South Korea is the ability to grill meat to perfection! Eating truly is a favorite pastime in Korea, and eating good meat (accompanied with cheap, cold soju) ranks as one of the most popular activities to do with friends. Don’t believe me that your girlfriend secretly hides the fact that she’s a master chef on a grill? Surprise her with a date to a Korean BBQ house. Watch her transform into a drill sergeant as she barks orders at you while you attempt to cook before she finally decides you’re an incompetent cook and takes over the grill.

5. He texted you immediately following your first date

Boys don’t play games in Korea. If a guy likes you, you’ll know it because your text inbox will be bombarded with messages from your love interest. Your SO learned this way of dating is much kinder and forward. He realized how dumb the “acting aloof” rule was after first dates and didn’t bother acting like he was too busy to show you he enjoyed your date. After your first date, he immediately texted you to say how much he enjoyed it. You have his time in Korea to thank for his game-free dating habits.

Did you like these 5 sings? Stay tuned for the next installment which outlines my final 5 signs your partner was an expat in South Korea.