If you’re a person who enjoys escaping the mundane and ordinary tourist attractions, then this is definitely the list for you. Far from usual, these places located throughout South Korea have made headlines for being strange and unique. 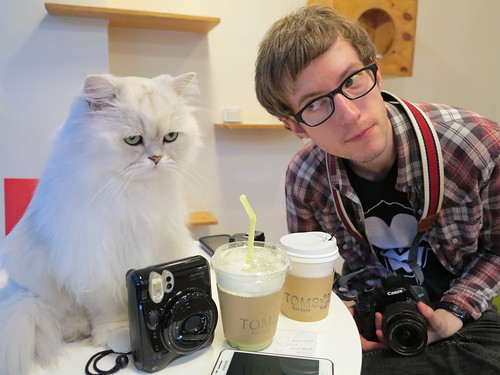 Whether taking a stroll through a park where statues of giant penises have been erected (pun definitely intended) or trying to communicate with the spirits of a long abandoned restaurant, these attractions are sure to impress.

Haesindang, or Penis Park as it’s most commonly known, lies on the east coast of South Korea in a small village called Sinnam. Korean artists have created the wooden statues in the small town where the legend of Auebawi and Haesindang is ever popular. The legend says that a young virgin woman drowned in the sea when her intended left her on a rock while he went out to fish.

After her death, the fishermen could not catch anything. The village was going hungry until one day a fisherman peed in the water and suddenly was able to catch fish. It was decided that the virgin ghost was pleased when exposed to the male genitalia. A shrine has been built where it is thought the young virgin died, and now the town has a ceremony each year in her honor hoping that she will be pleased and cast good fortune over the fishing. The Penis Park is the city’s main attraction and has over 50 penis statues.

Loveland Park on Jeju Island is definitely a spot worth checking out – just be sure to go with friends you’re comfortable with. AKA don’t bring giggly virgins, they just make the whole experience uncomfortable.

This is probably the millionth time I’ve mentioned the wonderful weirdness of themed cafes. If there’s any list they belong on, it’s this one. Dog cafes, cat cafes, photography cafes, Hello Kitty cafes, poop cafes. I really don’t care which one you go to, just please go to a themed café!

Yes, you can actually experience French culture in Korea. Crazy, I know. Although getting to Little France is a bit of a trek, the small village boasts a number of attractions that make the journey worthwhile. With its grand theater, observatory, tucked away bistros, and beautifully painted French style buildings, Little France is a charming, if not oddly situated, destination in South Korea.

Tourists can visit for a weekend and enjoy themselves while dining on French food and shopping in the Little Prince themed shops. (For directions, visit Korea’s Tourist Website here)

One of Korea’s famous spooky spots, Neulbom Garden is an abandoned restaurant that is said to be haunted. Tourists with a penchant for the supernatural should definitely check out this strange place in Korea. Just be wary of a former owner who is thought to haunt the place, it’s said that when he was alive he used to smack customers upside the head if he saw them playing with their food.

While it might not be haunted, there is something even more terrifying about the broken down and rusted rides in the abandoned amusement park of Yongma Land. The Seoul amusement park has become quite famous since it was the setting of a popular music video. Now anyone can enter the park for 5,000 won and walk among the broken fun rides.