Hiking the Walls in Seoul

Hiking the Walls in Seoul

Shortly after the ascension of King Taejo, the first king of the Joseon Dynasty (1392-1910), work began on a wall to protect the newly appointed capital city of Seoul. 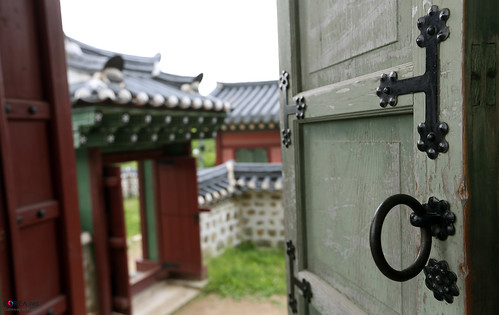 Commissioned in 1395, the wall is rumored to have seen its first iteration complete in only three months, employing nearly 200,000 people to construct 97 600-foot sections. Additional defense of the city would be provided by Bukhansan Fortress to the north and Namhansanseong Fortress to the south.

Each of these relics has undergone massive restoration throughout their long and difficult history, and you can still visit many of them today. You can find details on hiking along the trails near the walls on the Seoul tourism page.

Treks usually range from about 2 to 4 km, and they expect the average hiker to complete them in between one and three hours. You can get to all of the major ones via the subway, but there are a few that I have stumbled upon that take a little more effort. 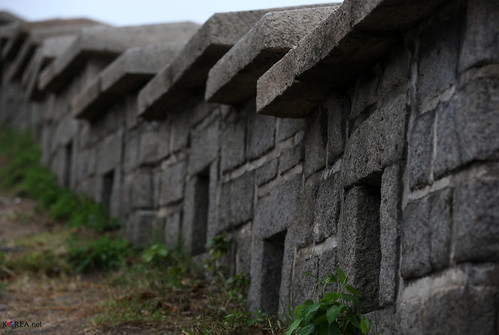 Named for its camel-like hump (“nakta” in Korean), Naksan mountain hosts one of these city walls. The park is a starting point for a gentle walk to the north that will lead you toward Hansang University and Hyehwamun, one of the famous gates that once served as entrance points to the city.

Though you can take a bus up to the park, taking a stroll up to the park will provide some extra sights. From Hyehwa Station on Line 4 (light blue), you will traverse through a lively district of cafes, restaurants, and theaters to a residential area reminiscent of hillside villages on the Mediterranean coast.

See also  The Rules of Choosing A Blog Name

Naksan park is a series of walking trails, but one will take you along the wall and drop you across a busy street from the old gate, Hyehwamun.

Recently, I trekked through this park as a way to reach a section of the wall behind the prominent Gyungbokgung palace at Gwagwhamun. Passing behind the palace and through the Bukchon Hanok Village will lead you to this green expanse of trails. Click To Tweet

On the far side of the park, you will reach a section of the wall that not only provides some exceptional views of the city but will lead to Waryong Park. Waryong is a protected military area open for tours from 9 am to 4 pm in summer (Mar. to Oct.) and 10 am to 3 pm in the winter. A tour will lead you up the wall at Bukaksan Mountain. If you would like to enter, you must have your passport or ID card with you.

The fortress is on the south side of the city (actually outside of Seoul proper). You can take a bus (bus #9) right to the base of the wall where a busy area of restaurants and shops have set up (Sanseong Rotary).

Some of the hills the wall climbs are moderately challenging, and some sections of the wall will demand more of you than most of the other wall hikes in Korea, so bring a good pair of shoes!

That said, the wall provides some incredible views and extends for several kilometers. The fortress once connected a series of command posts. The westernmost one, completed in 1893, still stands.

See also  How To Prepare for Volunteer Teaching in Chile

This could easily be a full-day trip. There are five primary loops, ranging from 4 to 8 km.  You will often see locals lounging among the trees on the side of the path as they rest over a picnic before setting off for their next section of the trail.

Have you been hiking in Seoul or any other parts of Korea? Let us know about your experiences in the comments section below.

Geoffrey DeSena is an EFL instructor with the SDA Language Institute in Seoul, South Korea, a position he found thanks to Reach To Teach Recruiting. A Colorado native, he started his life abroad in February 2015 and plans to continue teaching to maintain a life of travel. He is an active member in the Couchsurfing community, exploring the local cultures of the world and helping others do the same. He produces the travel blog Cast Off, Set Sail at castoffsetsail.wordpress.com.