Asia, a culinary world of flavor and creativity with dishes that can make some western dishes look like a piece of cardboard. Take the Reach To Teach Asia Food Challenge! Here’s a list of some of the most exotic and interesting foods from around Asia.

How adventurous are you in your culinary adventures? Check out some of these strange and delightful dishes on offer in the countries that our teachers are placed in. Let’s see how many on the list you have tried! 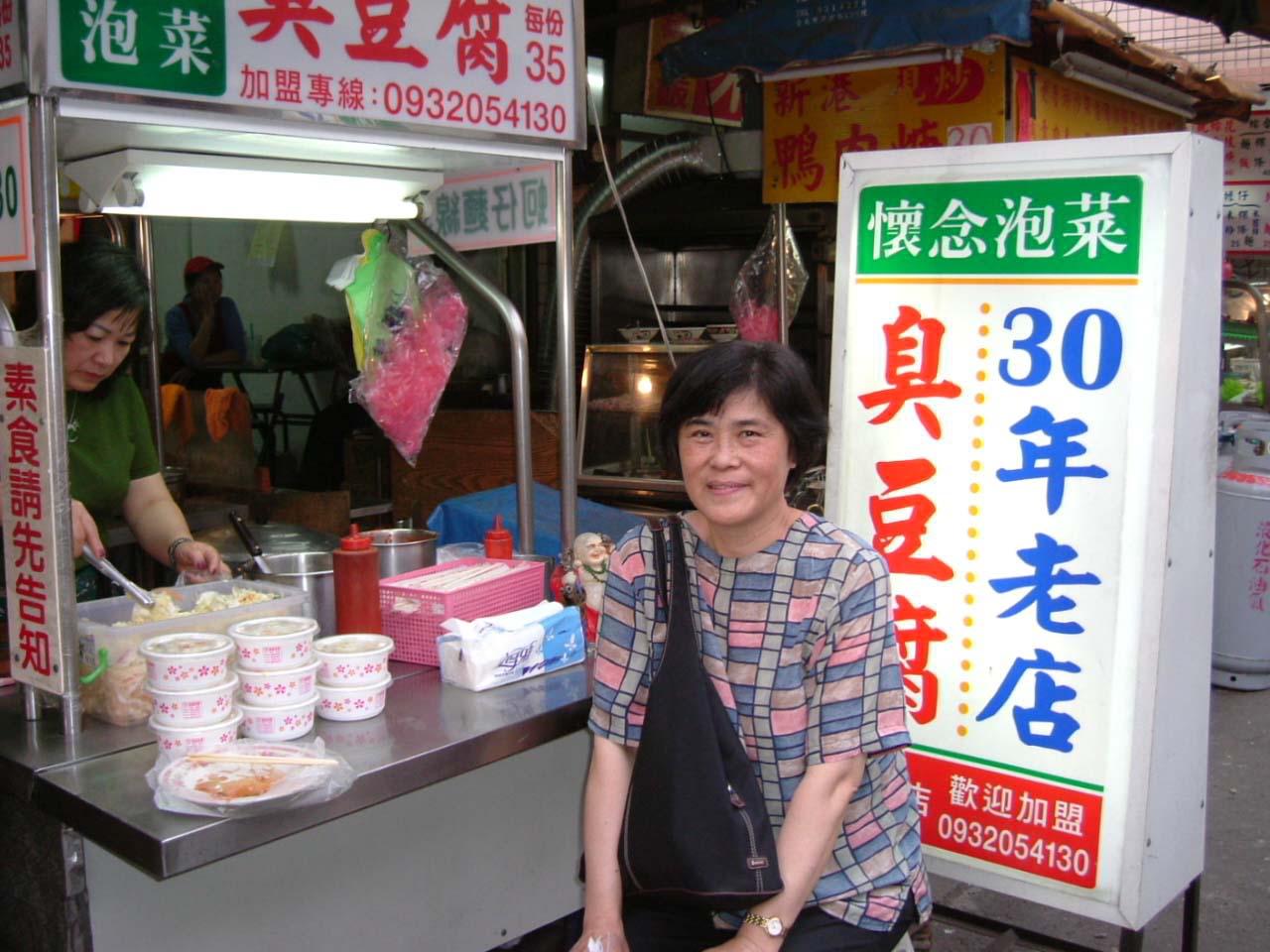 1. Stinky Tofu – You will know when you are within 10 meters of a stinky tofu place. It lives up to its name. It is basically tofu that has been left in a brine to ferment for several months, creating an extremely strong odor which doesn’t always sit well with the western olfactory system. 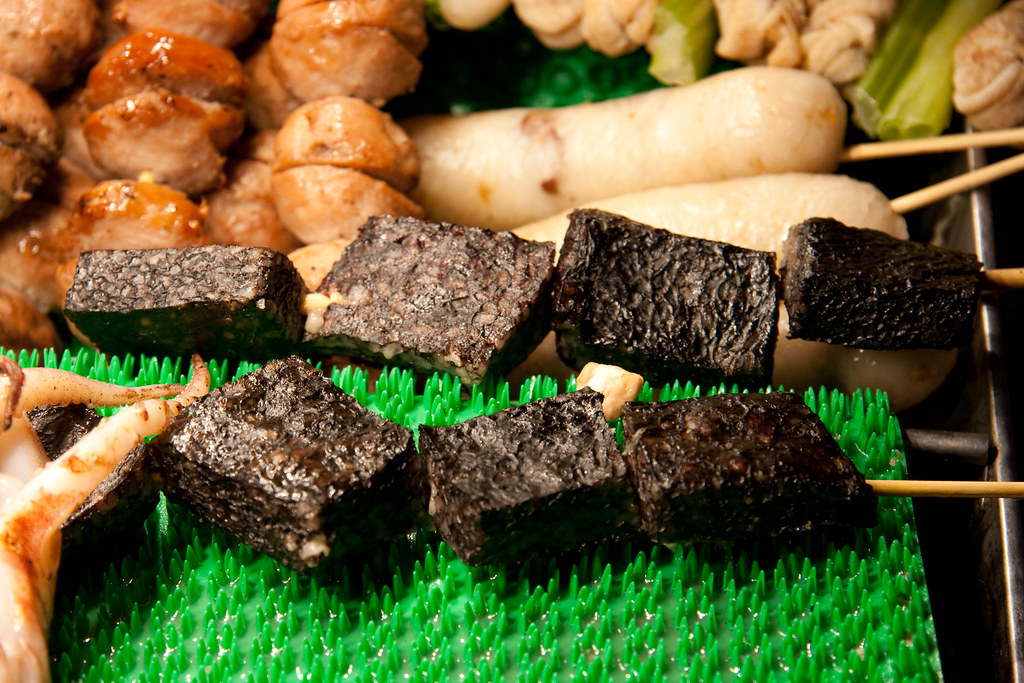 2. Pigs blood cake – This dish usually comes as a black square shape on a stick and is a mix of sticky rice and hot pigs blood, usually found at night markets. 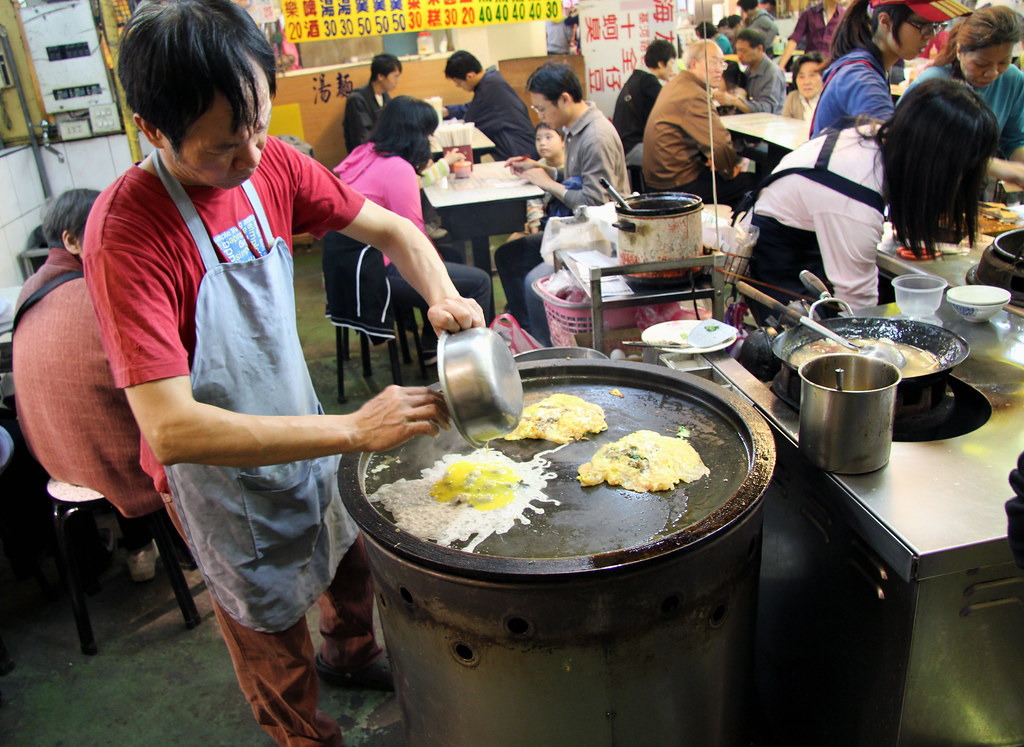 3. Oyster Omelet – Due to the unforgiving texture of oysters this can be quite the gloopy dish. Usually served with a spicy sauce, these can be very addictive. 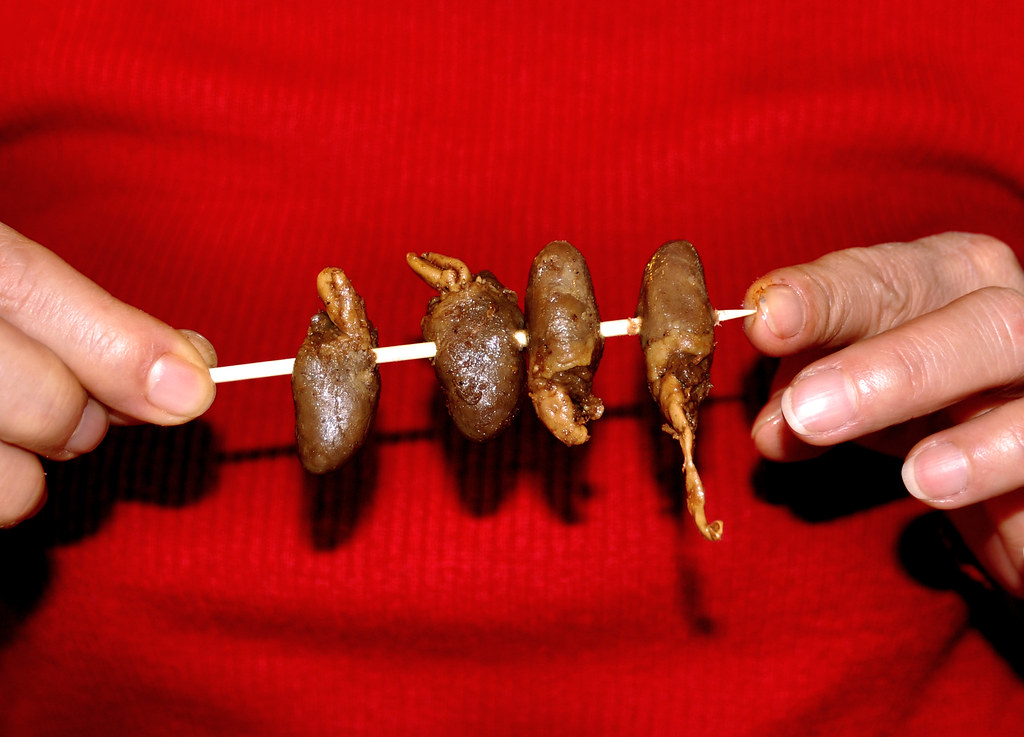 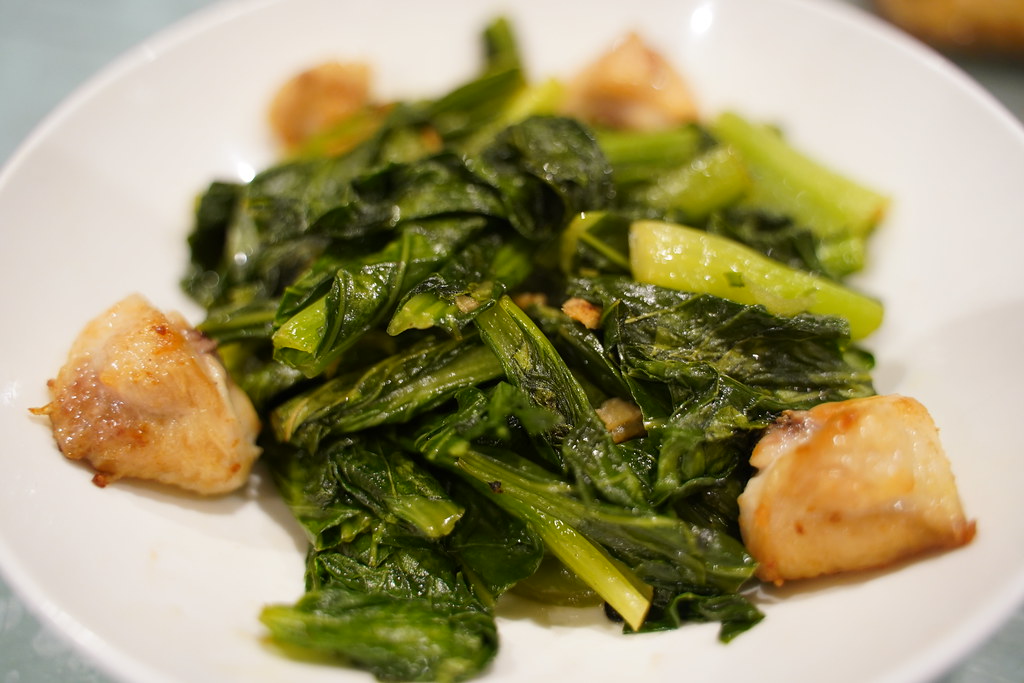 5. Flash-fried chicken bum – Yes, chicken bum! Don’t be put off by the anatomical area of the chicken this comes from. It’s very succulent and tender. It’s a popular treat in Wulai. 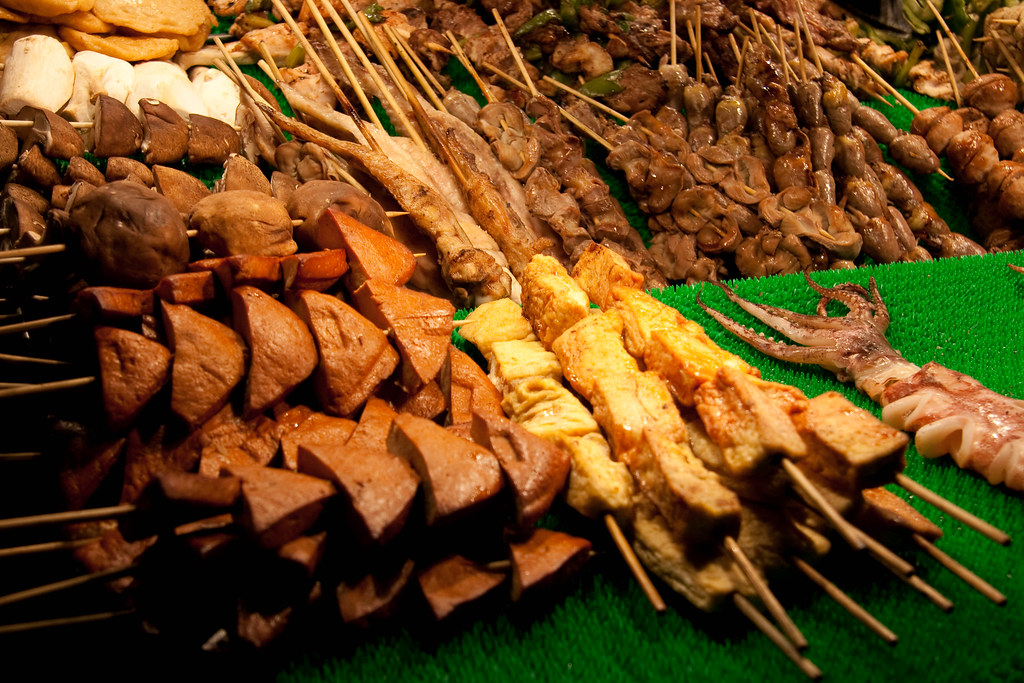 6. Braised meat and organs on a stick – These stands can be found in any night market where there’s food. From squid to chicken testicles to ducks tongue, basically if it’s a popular meat and you can put it on a stick they will BBQ it! 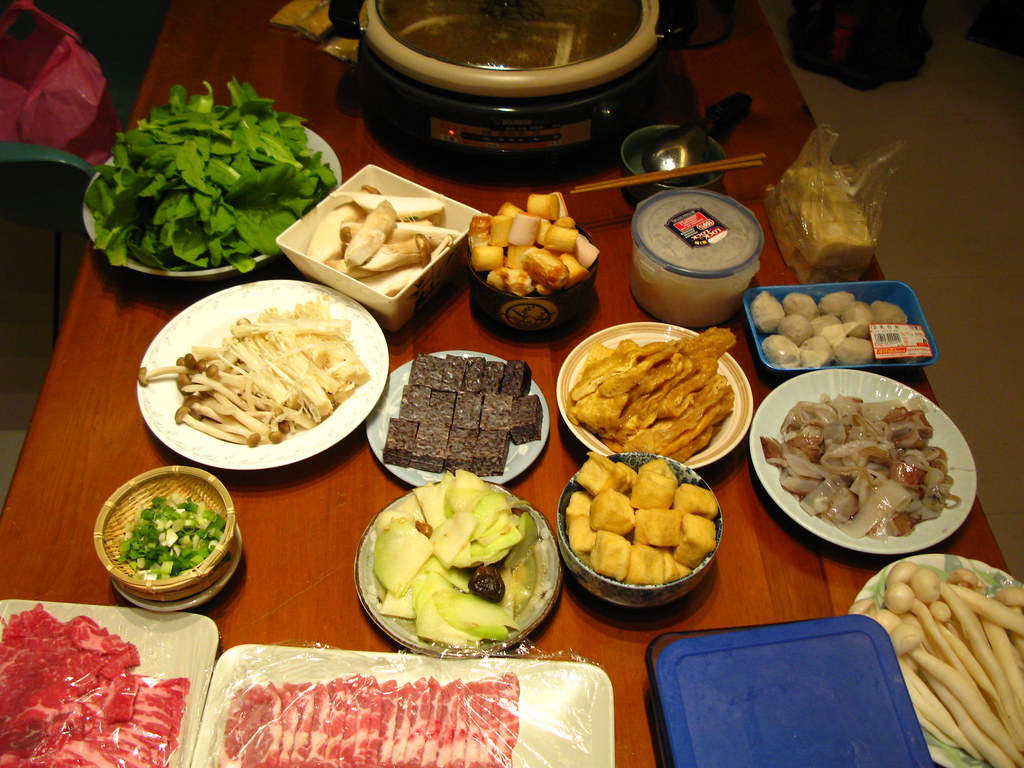 7. Hot Pot – If you come to Taiwan you have to go for hot pot. You cook your own food in a boiling broth at your table. You select what you want to eat from the all-you-can-eat station and cook it at your table. This can include frogs, congealed duck blood, chicken testicles, smoked shark, and fungus, amongst a selection of things that are more suited to the western palate. The best part? Unlimited Haagen Dazs ice cream for dessert. 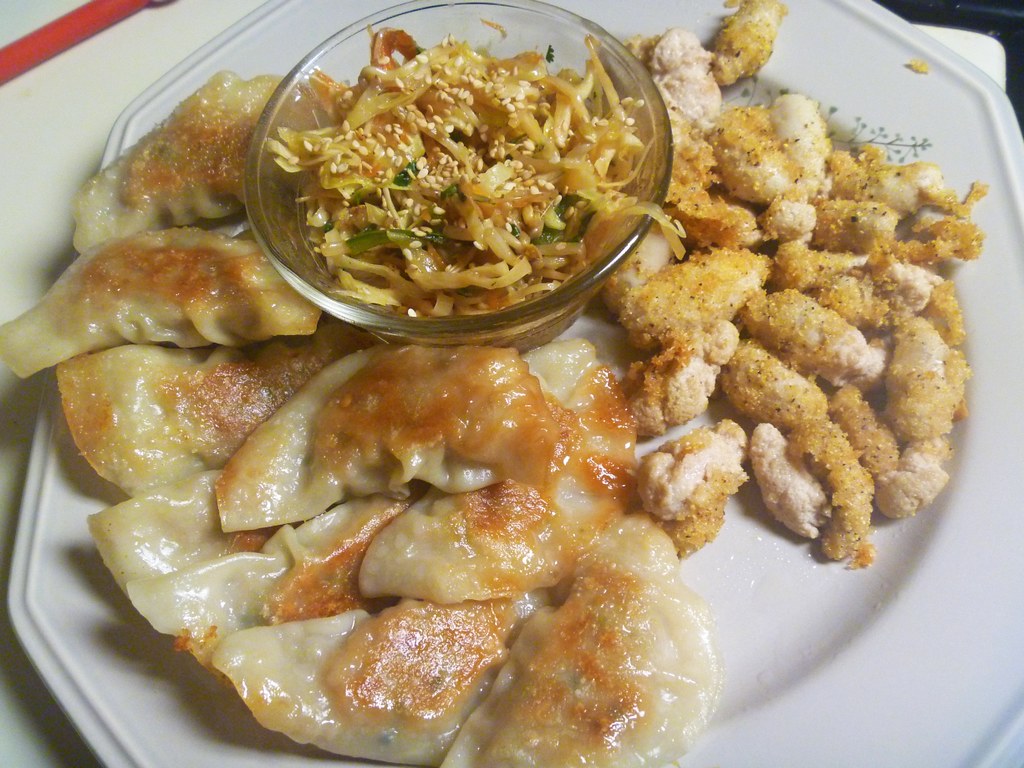 8. Rooster Testicles – They are bigger than you might think. This fine Taiwanese delicacy is popularly found in Snake Alley, but you can also find them in hot pot restaurants. Once you bite through that outer membrane the inside has a soft texture to it, similar to tofu. 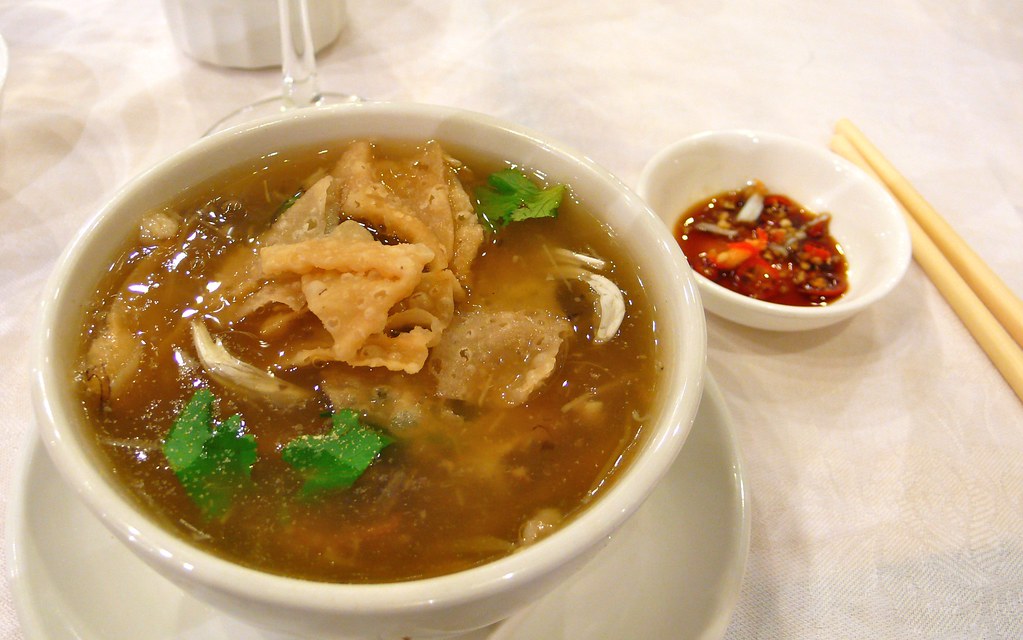 9. Snake – Visit the famous Snake Alley in the Huaxi Street Night Market for a unique experience. You can eat the meat of the snake and even drink the blood. Every last bit of the snake gets used up. 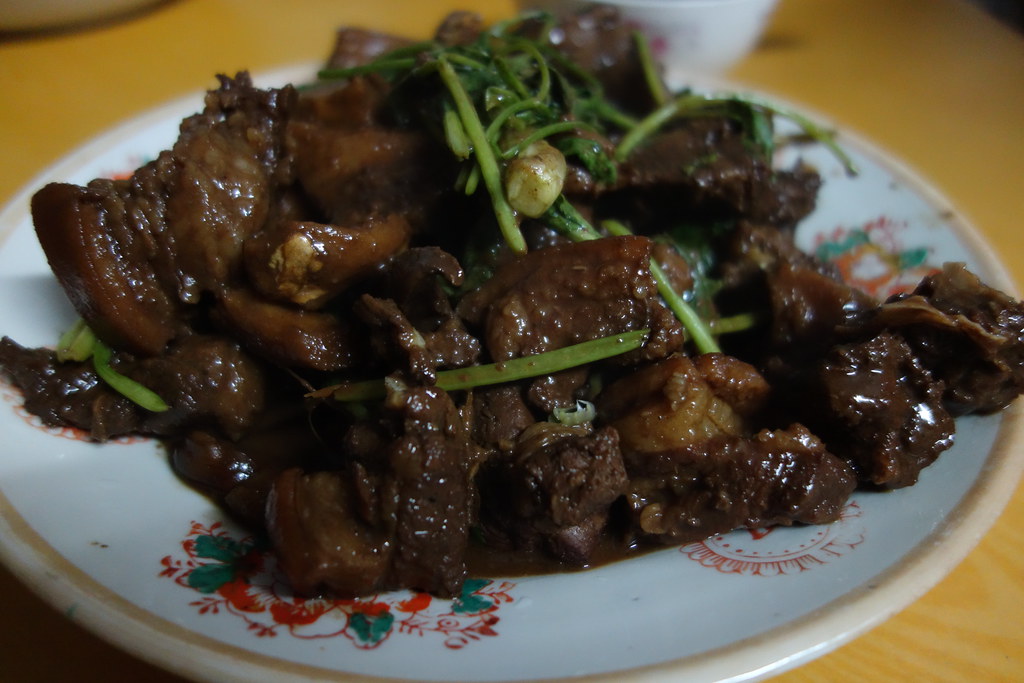 10. Dog Meat – In the west this is probably the most well known weird food that China has to offer. You can find this pooch in your soups, hot pots, stir fry’s, and just about anything that the other meats can go into. It’s said to be a very tasty meat, once you get the image of the family dog out of your head. 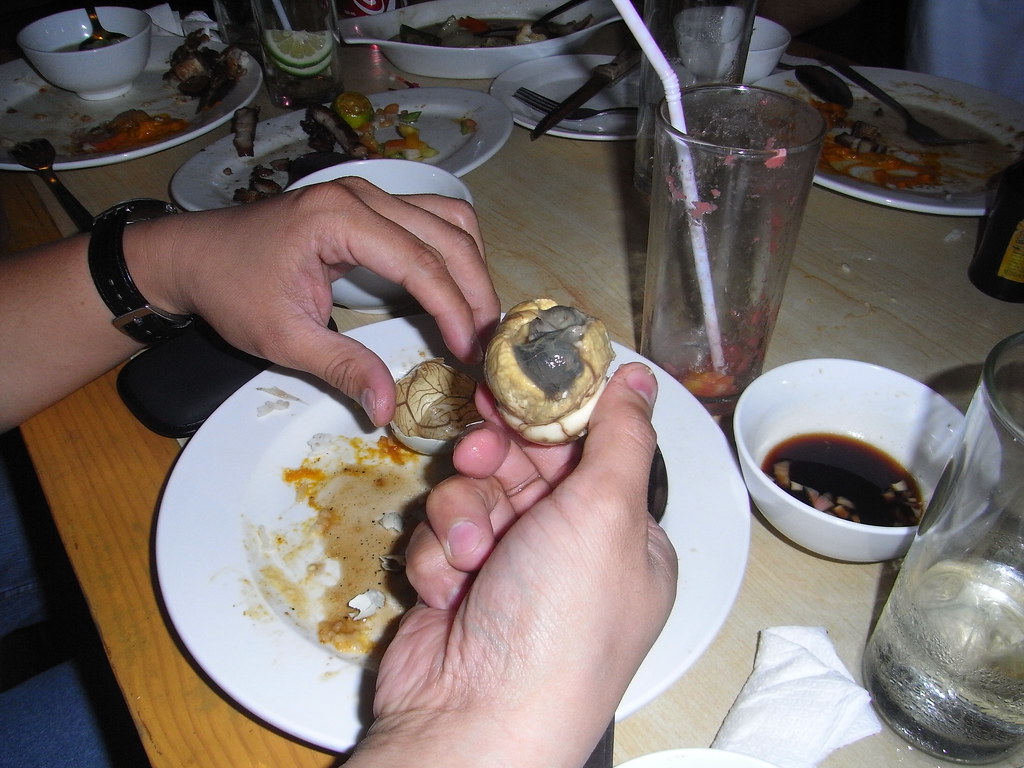 11. Mao Dan (also known as Balut) – This is a dish made from boiled duck embryos which are eggs that are fertilized, left for 17 days and then boiled for eating. This is also a popular Filipino dish. 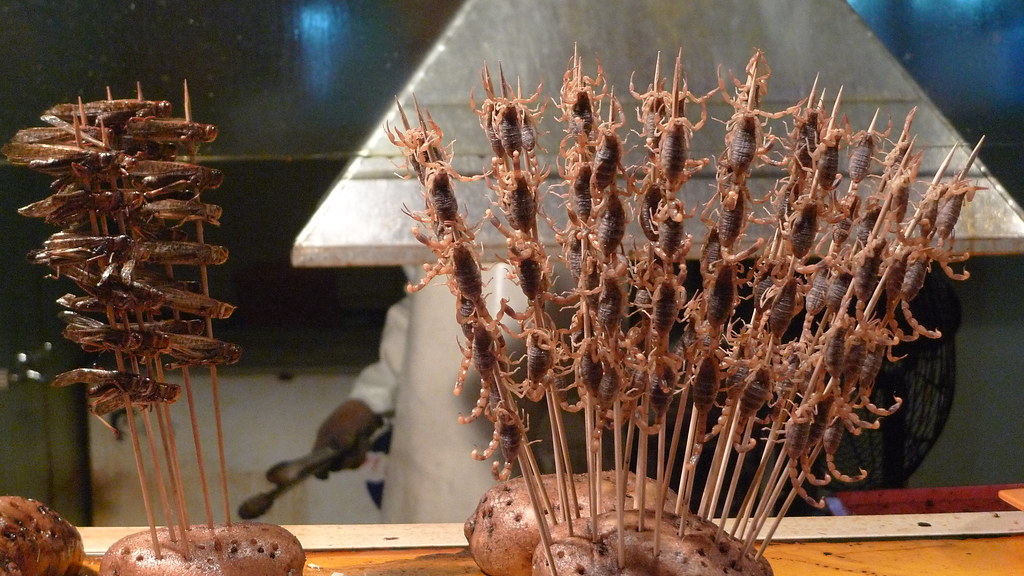 12. Scorpion – Yes, fried scorpion on a stick can be very popular. Don’t worry, the sting is harmless, but the taste can be bitter. 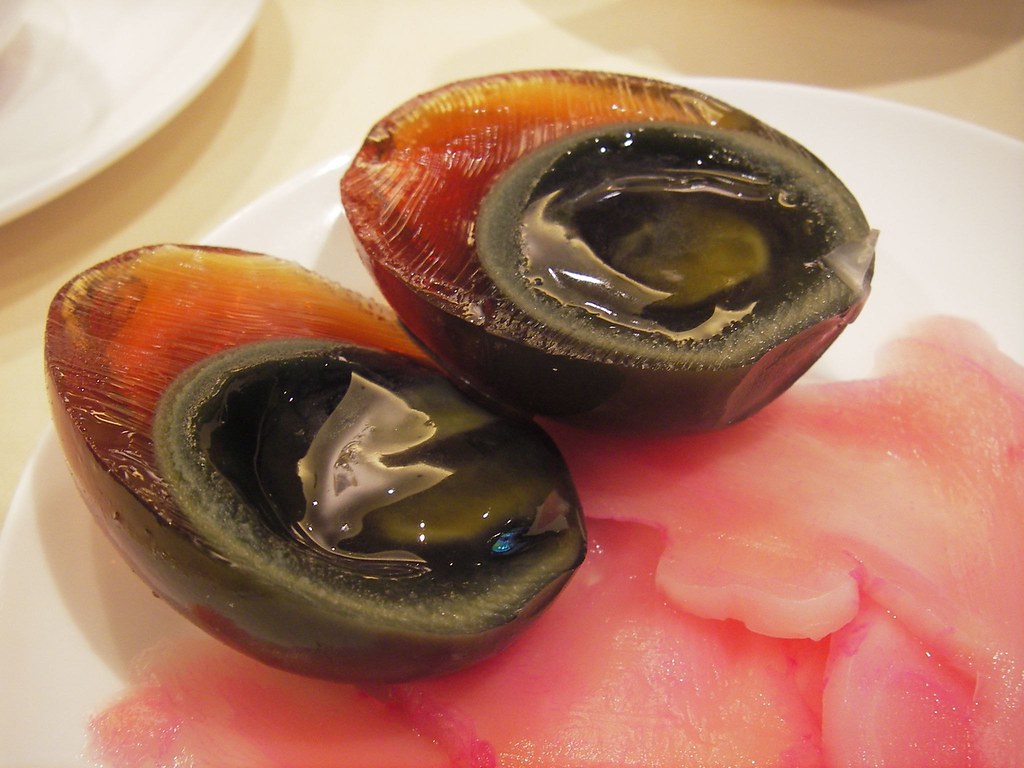 13. Century egg – Also known as Pi Dan, this is basically a rotten egg. Century eggs are left for so long to rot that the yolk turns into a black/green color whilst the white of the egg turns into a green jelly. 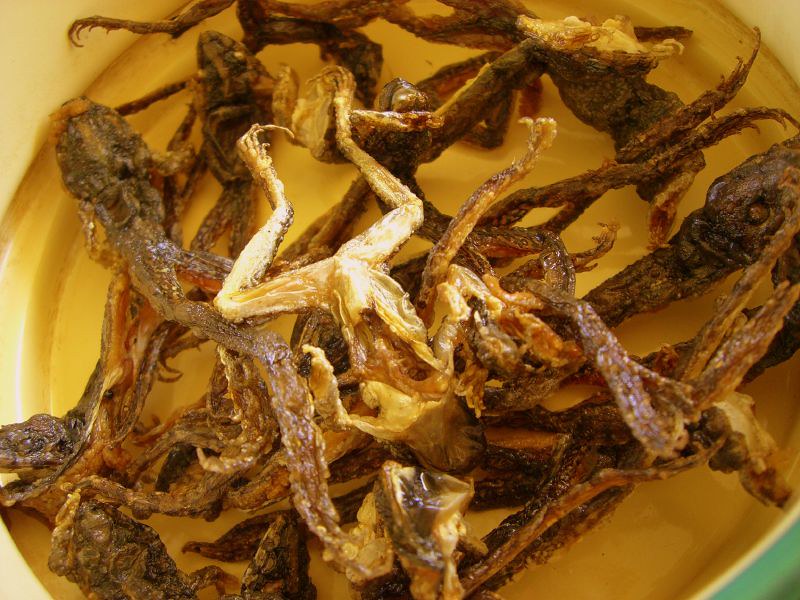 14. Frogs – Poor Kermit, he just tastes so good! You can find them barbecued in most night markets, on a stick, of course. 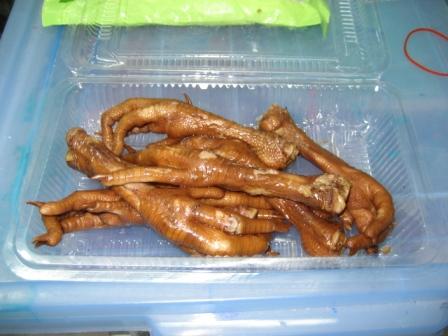 15. Chicken Feet – Usually served marinated, you can nibble on the knuckles of these for a short while. Not much in the way of meat on these little runners, but the flavors are good. 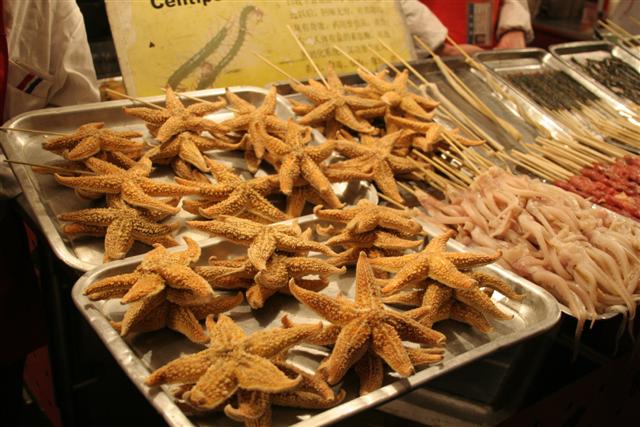 16. Fried starfish – Also a popular street food, usually food on a stick next to its fried seahorse and fried scorpion friends, I hear it’s an acquired taste. 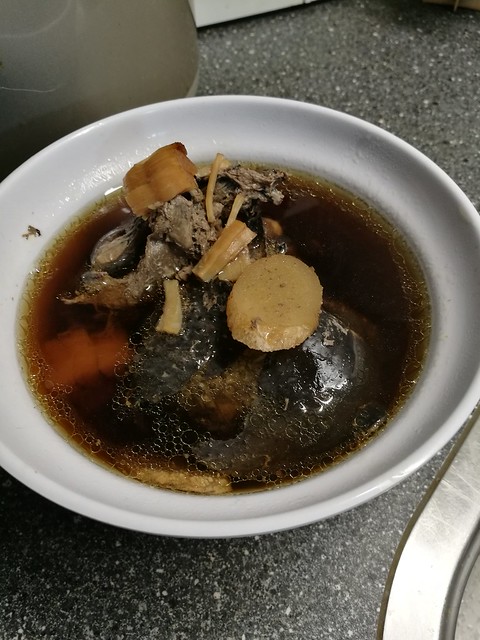 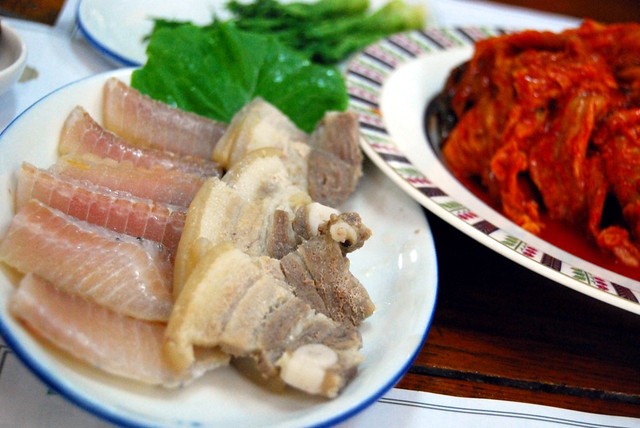 18. Hongeo – Also known as fermented skate. Hongeo is particularly smelly due to the fact that skate, unlike other fish, do not urinate. Instead, it passes its uric acid through its skin, which smells a lot like ammonia when fermented. Yum!

See also  The Initial Thoughts of a Repatriating American 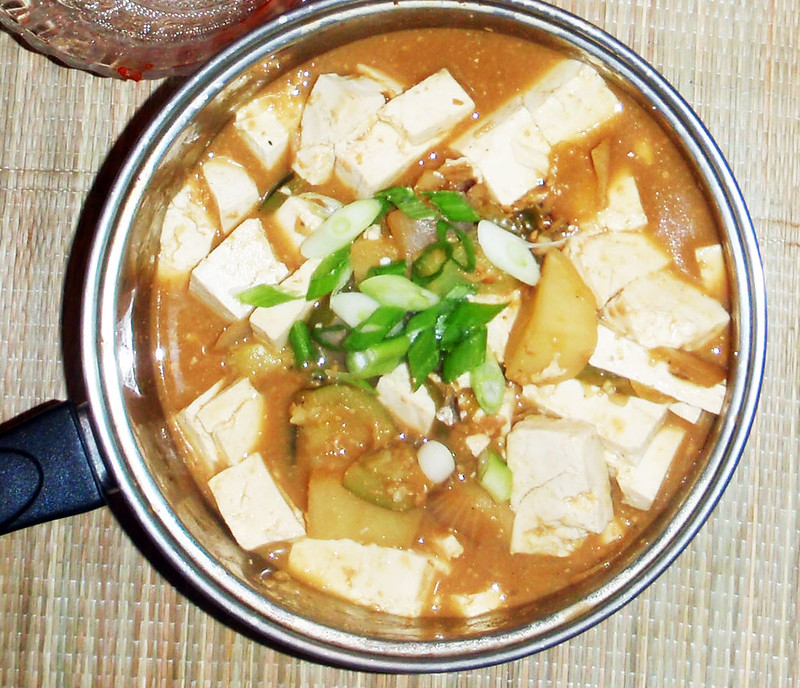 19. Dead body soup – This takes its name from its foul smell. Despite its extremely off putting stench, it is supposed to taste delicious. 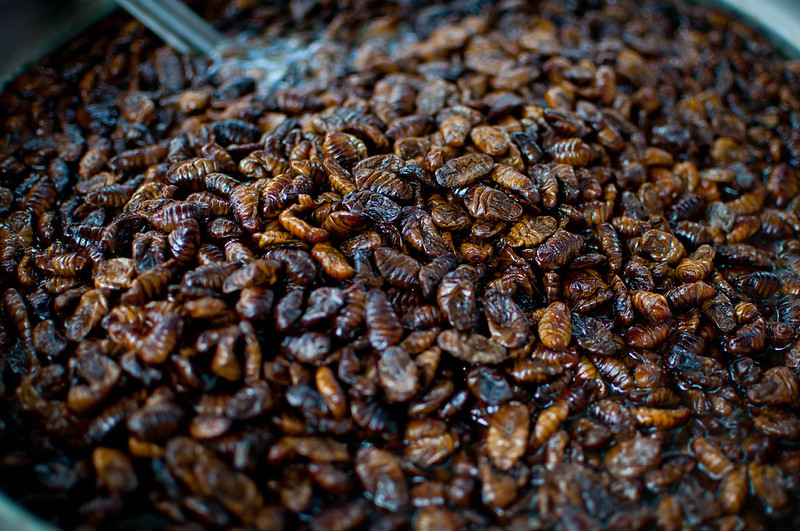 20. Beondegi – Silk worm larvae that is either steamed or fried and served as a street food. 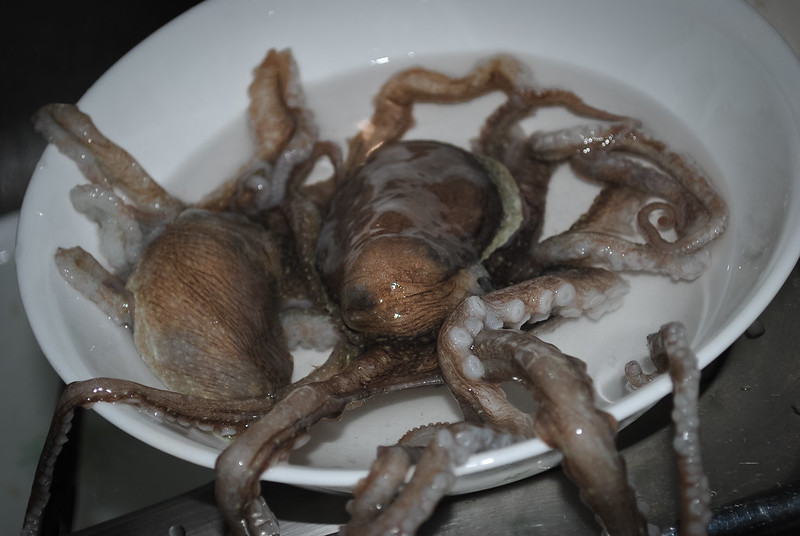 21. Sannakji– Brace yourselves, this is live octopus. Taken from its tank it is gutted and chopped up and served, with the tentacles still moving. Danger warning: chew the tentacles thoroughly; the suckers still work and can even kill if not chewed down. 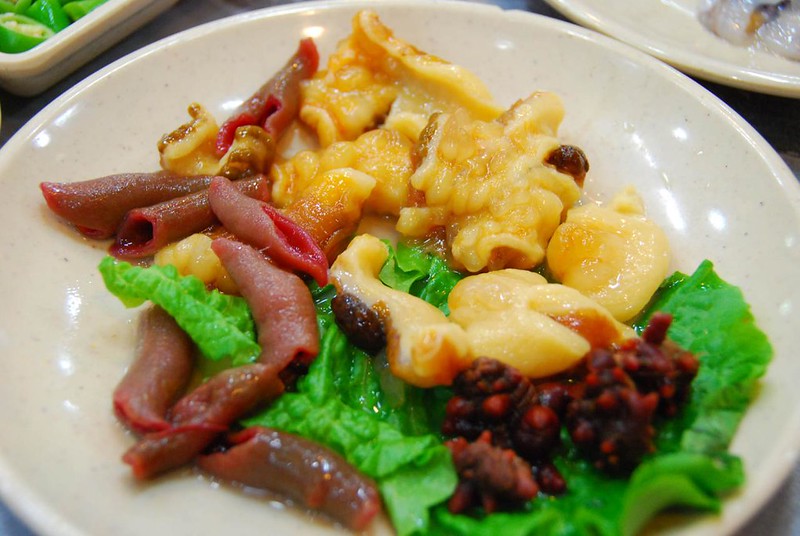 23. Juipo – This flat almost see through disk is actually fish jerky. It won’t stink up your fingers like dried squid but it still has that powerful fishy smell.

Have you eaten any strange foods in Asia? Let us know. We'd love to add it to our Asia Food Challenge! Don't forget to Pin It!