5 Things Korea Can Learn From America

5 Things Korea Can Learn From America

While I fell deeply in love with the culture and lifestyle I experienced in Korea, there were a few things I couldn’t help but miss back home. As I stated in my previous article 5 Things America Can Learn From Korea, I love curiously discovering the wealth of differences that thrive in different cultures.

Sometimes, though, it’s just impossible to discard or miss the things I felt were truly great in my own home country. As an American, I feel that these 5 things were what I missed most while in the land of morning calm. 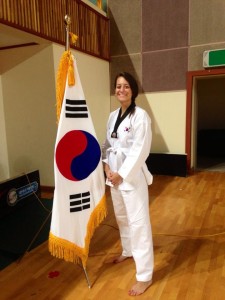 In Korea’s extremely humble culture, sometimes there seems to be a lack of confidence among its people. This was most obvious in the classroom and school in which I taught. If a student couldn’t do a certain task absolutely perfect, they simply wouldn’t do it. This ranged with anything from speaking English to participating in a fun drawing activity. They’d simply shut down and refuse to even try.

While walking in the streets of Seoul, if I ever got lost and asked a Korean for help or directions, I’d always receive the same reaction. He or she would laugh out loud, toss a few English words at me, and literally run away. I’m not even joking. You’d think I had rabies and were foaming at the mouth if you saw how quickly some Koreans got away from me. I might have even witnessed the birth of a few undiscovered Olympians or superheroes just by asking for help in English. If there’s one thing that America is never lacking, it’s confidence. I wish we could just send a little of it over to our friends in Asia.

Another concept I missed greatly while traveling in Korea was the idea that uniqueness and individuality was beautiful. In Korea, there is one face shape, one body type, and one set of characteristics that is considered beautiful for men and women. When I first heard about heart shaped faces and s-line bodies, I found it amusing. However, once I realized just how serious Korea’s image obsession was, it saddened me.

I taught at a middle school and when we did a Christmas wish list lesson, there was one item on every single girls’ list. Plastic surgery. I wish Korea could embrace differences as beautiful and not damning because I truly thought that there were so many beautiful people in Korea, but they themselves couldn’t see it because they didn’t fit into a certain mold.

Realistically, I wish that creativity were present more often in the classrooms in any country, but I really wish Korea would allow for a little more fun and creativity in school. Kids in Korea are little knowledge soldiers, who are drilled in facts, numbers, and equations all day. While they do have art classes and music lessons, even those classes are so competitive it’s hardly fun.

They study art techniques as if they could put a formula on anything creative as well. One thing I loved about American schools is the number of extracurricular activities students have to choose from. Most Korean students have to attend study sessions after school until 9 pm, so there’s hardly any time to cultivate any other interests and hobbies.

Forget cheeseburgers and hot dogs, what I missed most from America was normal, typical Americanized pizza. (Yeah, I added the word “Americanized” in there so all of you world travelers wouldn’t attack me with the “Only Italy has real pizza” argument.) In case you haven’t yet heard, Korea likes to top every single pizza with a strange ingredient, corn! I’m sure for a person who didn’t grow up on American pepperoni and mushroom pizza, the corn might taste delicious on a slice. For me, however, it’s just too strange of a concept to get behind.

As a person who requires more attention and affection than a newborn puppy, it was extremely difficult for me to adhere to Korea’s unspoken ban against PDA. The conservative culture looks down on too much affection. I’d say hand holding and quick hugs is where the line is drawn to separate tolerable and indecent, which is absolute torture for cuddlers like me. I’m not saying Korean couples should start making out and dry humping in the streets, but I don’t think anyone would die of embarrassment if they witnessed tiny, little, barely-there kisses!