Moving to a new country is an exciting adventure, but the trip can be made even better when you learn the native language. It takes time, effort, and tons (seriously, tons) of patience to learn a new language (or even just words and phrases). In the end, though, it’s worth it for many reasons. 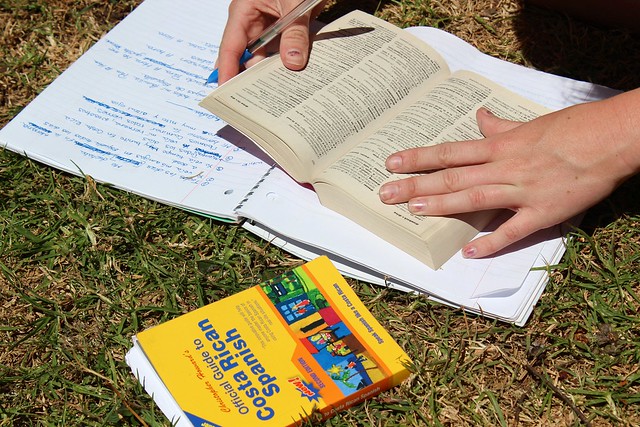 Before you head out to a new country, stop by your local bookstore and pick up a language book. There are more benefits to learning the native language of a country than just getting around a city easier (or in my case, finding certain foods in the grocery stores).

1. Gain a sense of your surrounding environment

In an article for the New York Times, Albert Costa, a researcher at the University of Pompeu Fabra in Spain, explained that bilinguals have a “heightened ability to monitor the environment.”

Because people who jump from language to language have to be aware of whom they’re talking to and what language they need to move into, they learn to watch their atmospheres closer.

2. You’ll build up your multi-tasking skills

In addition to becoming more conscious of your surroundings, learning a new language will also help you build up your multi-tasking skills. A study from Penn State showed that people who juggle languages are better at multi-tasking than their monolingual counterparts. Pretty cool.

3. You’ll develop a positive attitude toward the new language and its speakers

My favorite benefit on the list is number 3. Learning a new language causes the learner to have more positive feelings toward the language and its native speakers.

Sometimes expats might become frustrated with homesickness and instead of finding healthy ways to cope, they become angry at the country and its people – which I witnessed a time or two.

But, those who try and learn the native language develop positive attitudes toward the language according to an informative American Council On The Teaching Of Foreign Languages article. Not only do you learn a new language that allows you to communicate with the country’s residents better, but you’ll be happier for it.

The Examined Existence found one of the many benefits of learning another language is the ability to make decisions with ease. It seems that through the study of word choice, people who are bilingual more often make decisions that are “prudent and discriminating.”

5. Your usage of your first language will improve

With all of the new words and grammar rules that you learn, you’ll start to notice the importance of understanding your own first language. Omniglots notes that people who learn other languages begin to have a stronger grasp of their own language.

Forget signing up for another English class or a Toastmasters club. If you want to be a better speaker or writer, just learn a different language! It sounds counterproductive, but science says it works!

Calling all travelers, bilinguals, and polyglots! What’s the one reason that you chose to learn a new language? How has learning a language while traveling impacted your adventures? Share your experiences and stories with other travelers in a comment below!