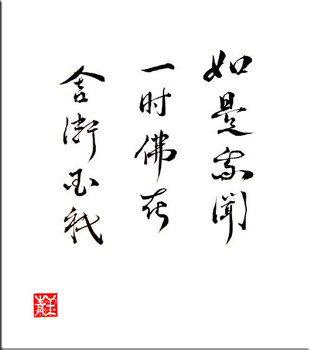 Some 95 percent of the Chinese population speaks Chinese, as opposed to the non-Chinese languages such as Tibetan, Mongolian, Lolo, Miao, and Tai. The majority of the Chinese-speaking population live in China (over 980 million), Hong Kong, and Taiwan (19 million), but there are also substantial Chinese-spoken populations throughout the whole of South-east Asia, especially in Singapore, Indonesia, Malaysia, and Thailand. Chinese-speaking communities are also found in many other parts of the world, i.e. in Europe, North and South America, and the Hawaiian Islands.

Spoken Chinese comprises many regional variants, generally referred to as dialects, although some dialects are often referred to as proper languages:

Learn Chinese Mandarin on your iPod

In 1913, the Ministry of Education convened a Commission on the Unification of Pronunciation to establish a standard national tongue. Due to the domination of the numerically superior Mandarin-speaking delegates, the Peking dialect was voted for the general foundation of the new national language guoyu (national speech). It embodies the pronunciation of Peking, the grammar of the Mandarin dialects, and the vocabulary of modern vernacular Chinese literature, but features of various local dialects were also incorporated.

Guoyu is now the official language of mainland China, Taiwan and one of the official languages of Singapore. After the establishment of the People’s Republic of China in 1949 it was renamed to putonghua (common language). In 1956, it became the medium of instruction in all schools nationwide and a policy of promoting its use began. It is now the most widely used form of spoken Chinese.

Written Chinese is understood by those who speak Mandarin, Cantonese or any other Chinese dialects, with many of the characters also being used in Korea, Japan, and Vietnam. There are about 3.500 simple Chinese characters, which can be combined to form at least another 10.000 more complex characters.

You can’t guess the pronunciation of a Chinese word by looking at Chinese characters. To help foreigners learn Chinese, a phonetic spelling system called pinyin was developed. Many street signs and products are labelled not only with Chinese characters, but also in Pinyin.

Foreigners often wonder how the Chinese are able to insert their thousands of characters into a computer without using a type pad the size of a football field. To handle Chinese characters, you need a software program like NJ Star, which allows you to type the pinyin pronunciation of a word and then transfers it automatically to Chinese characters. For a variety of Chinese language tools, have a look at www.mandarintools.com 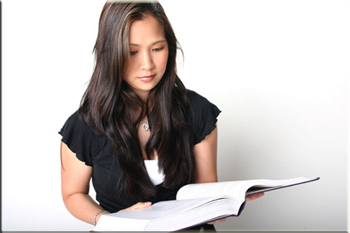 Learning another language is a challenge for everyone, and Chinese is one of the most difficult languages in the world to learn. However, putting in the effort to communicate in Chinese is one of the best things you can do to emerge into local culture and it will make a huge difference in how you’re seen and treated by the Chinese. We’ve put together a list of online language learning resources for anyone interested in learning Chinese.

Most Chinese will not expect you to be able to speak any Chinese, so they’ll be surprised and delighted if they notice that you have learned to communicate beyond simple greetings. Even some basic knowledge of Chinese will gain you tremendous respect and additional hospitality from the locals, so despite all hurdles it is well worth to put some effort into learning the language. From an economic perspective, speaking Chinese will significantly increase your value in the Chinese job market.

How fast you learn Chinese depends mostly on yourself. Some people need a year to be able to communicate well enough for everyday life, and after two years of hard work most people reach a level of fluency. Of course there are also expatriates who have been living in English-speaking enclaves for 10 years and still speak very little or no Chinese at all.
It all starts with you.

If you do want to learn Chinese, the best tip is to get immersed in the language and practice, practice, practice! If you can cut yourself off from everything but Chinese for a period of time, do so; this can be a real help. Read newspapers and magazines, watch television and films and listen to the radio. Get as much personal contact with the local people as possible. Chat with neighbors, shopkeepers, taxi drivers, barmen, etc. – anyone is a good target for getting a bit of practice in. The more you are exposed to Chinese and the less you use your native language, the quicker you will learn. Memorizing grammar rules is wonderful, but nothing beats practical experience.

Television is probably the quickest way to increase your level of listening comprehension. It’s free and you are guaranteed to hear people speaking naturally (and fast). The more you listen and watch, the quicker you will find yourself picking up words and phrases. You will be surprised how much you can learn in a way that is ‘relatively painless’.

Language courses are offered by many Chinese universities and by a growing number of private language schools. Note that the difference in price between various language courses is not always an indication of quality. In choosing a course, the number of teaching hours should be taken into account as well as the number of people per class. If you need to gain a basic knowledge of Chinese in a short time frame, there are intensive courses that will give you a ‘kick-start’ in the language. Otherwise, it is generally advisable to learn at a more measured pace over a longer period of time.

If your time is limited or the idea of a language course doesn’t appeal to you, you could take private one-to-one classes. Depending on the teacher, this is a very good way to learn Chinese. Most language schools can arrange private lessons, but it is usually much cheaper to contact a private teacher directly. Quality will vary depending on the ability and experience of the teacher. This can have a large impact on your progress, especially if you’re a beginner. When choosing, make sure you feel comfortable with the person and the way they are teaching. If you feel you are not getting on with a teacher, don’t be afraid to change.

Language exchanges are a good way to get free conversation practice. They work by pairing up with a Chinese person that wants to learn your language. You switch between the two languages, helping each other. This is also a great way to meet new people and make friends. Since there are many more Chinese than foreigners who want to partner up, you can easily choose a language partner that fits you well.