Adventure Sports in Taiwan – Get Involved!

As a general adrenaline junkie, I can vouch for complete awesomeness when it comes to adventure sports in Taiwan. Rather than boring you with tons of explanation over why Taiwan is so great for high adrenaline fun – like that it has the highest concentration of high peaks in the world, and the highest mountain in Eastern Asia (Jade Mountain) – I’m going to let the following list of awesome adventure sports in Taiwan speak for itself. 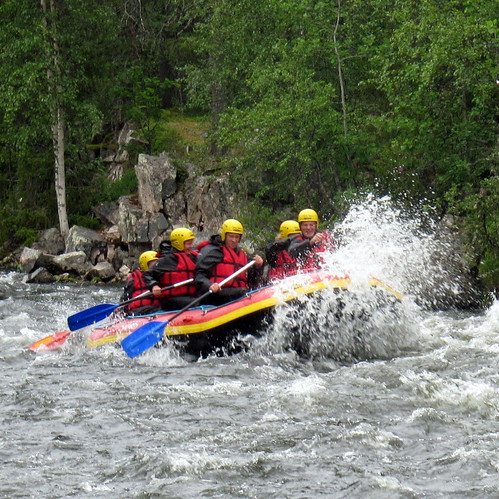 Okay, I know it’s cliche, but it’s absolutely true: Taiwan is a hiker’s paradise.  You could do a new trail every week, and it would be years before you’d have to repeat a hike.  Taiwan has everything ranging from light day hikes to serious, multi-day mountaineering endeavors.  A popular–and extremely difficult–challenge for serious hikers in Taiwan is to bag the One Hundred Mountains of Taiwan, a list of the hundred most popular peaks over 3,000m.

Even after spending time exploring the towering, snow-capped peaks of the Rockies and the American West, I’m still wishing I could get back to Taiwan to hike the Holy Ridge.  It’s that awesome.

Long Dong, which translates as the “Dragon Cave,”  is among the top coastal climbing areas in the world. The 2km stretch of rugged coast has over 500 routes, ranging from 5.6 (easy) to 5.14a (extremely difficult), with bolted climbs, trad routes and bouldering areas.  It’s also a rare spot that’s perfect for deep water soloing, a style of climbing where, instead of using a rope and a belayer, a climber free solos a route directly above deep water.

[contextly_sidebar id=”29finq82QYafPLE3INEdmBd0tBWbu7Cv”] Also called river climbing or river trekking, this sport involves a combination of hiking, bouldering, climbing, canyoneering, swimming, and just general outdoor awesomeness.  In river tracing, groups follow the path of a river as it winds down through the mountains, climbing or rappelling down waterfalls, scrambling over boulders, swimming through pools, and navigating the river however they can.  Although the sport was invented in Japan, Taiwan is one of the places where it has really taken off.

The island’s rugged, mountainous terrain makes for great white water.  Rafting and kayaking are both popular activities, with a number of guide services across the island offering river trips.  Most of the rapids are class 2 to 3.  Serious thrill seekers, though, like to go right after a typhoon has passed, when the rapids can jump up to class 4.   Rafting through the stunning Taroko Gorge is one of the most popular trips on the island – but there are a number of rivers to choose from. There are also plenty of opportunities for more mellow kayaking and boating on Taiwan’s rivers and lakes.

With literally thousands of back roads winding up into the jungle, an eastern coastline that rivals California’s Highway 1, and epically mountainous cross-island highways, Taiwan is a popular spot for cycling.  Lots of groups do regular day trips from the city, and with cheap accommodation and camping easily accessible, touring trips are pretty easy to put together.  Round-the-island trips can be done in as little as 8 days, although most cyclists take a couple weeks or more to sight-see and enjoy the experience.

Taiwan is fantastic for just about any sport that takes place on the open waters.  With the island being only 90 miles wide, you are never far from the deep blue of the Pacific, and it’s easy to find opportunities for surfing, sailing, windsurfing, snorkeling, or scuba diving.  Taiwan’s Orchid Island is known for scuba diving that rivals what you’ll find in the Philippines, while the island of Penghu has some of the best windsurfing in Asia.  Plenty of shops in coastal towns offer rentals and classes for beginners, and there are communities of enthusiasts dedicated to the sports.

If getting high – literally – is your thing, Taiwan’s got you covered.  A small but dedicated community regularly takes to the skies, and has opportunities for anyone from complete beginners to people with some serious flight time under their belts.

So, to all my fellow adrenaline junkies out there: Whether you’re into rock climbing, hiking, or surfing, Taiwan is packed with a lifetime of adventure.