I have to be very honest: I wasn’t very joyful during my first few weeks living in Daegu, South Korea. In fact, I was upset, frustrated, and annoyed more often than I was happy. While all my friends were experiencing their ‘honey moon’ phase, I was feeling defeated. 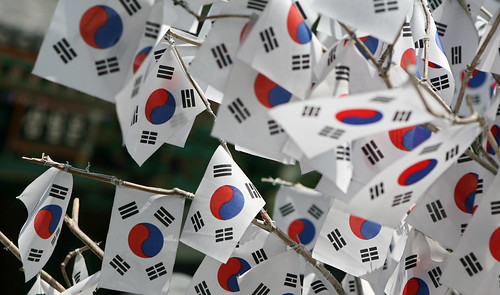 Then I realized I was the only one holding me back.  Since then, I’ve been able to appreciate more things about the culture of Korea that is very distinct from the one I was raised in. I’ve seen things I would not have otherwise seen, and met people I would never have given myself the chance to meet, appreciating South Korea has been a huge journey. There were three things that helped me get out of my funk and start enjoying my time here, two fold.

Did you know that South Korea has nine Unesco World Heritage sites spread throughout the country? That’s a lot of history for a landmass roughly equal in size to the US state of Indiana. The more I learn about Korean history, from Confucianism to the Silla Kingdom, the more I understand about Korean society. (Go figure!).

There were things that, undeniably, frustrated me when I first arrived here, simply because they were hard to get used to. At this point you might be thinking you’re above that, but I can promise you, it will happen at some point. You will want to throw your hands in the air in defeat. The more you learn about the type of country Korea used to be, the more you’ll understand why it is the way that it is today. You’ll also develop much more compassion for actions that you may not agree with.

Learning How to Read Hangul

Making sense of bus maps, ordering at restaurants, reading your schools lunch menu. These are just a few of the reasons why your life will be 100% more productive if you learn to read Hangul. Yes, two of them involve food. The Daegu Metropolitan Office of education offers free courses for EPIK teachers, and they might be available in your city, too. There are thousands of resources out there to help you learn the basics of the Korean language, and you should absolutely take advantage of them.

You may not be able to speak fluently upon your departure, or even know how to hold a complete conversation. However, you will better understand Korean culture, be able to survive, and even pick up a few key phrases that you’ll remember for the rest of your life. Going above and beyond this simple act of learning to read Hangul might mean learning how to ask simple questions, communicate at the grocery store, and better understand labels for food and other products.

It’s not an easy road, but it’s certainly worth it during a year abroad. Above all, it will help you appreciate living here much more because simple things will no longer be reasons to pull your hair out.

Before moving here I thought it would be effortless to meet Koreans in Korea. Then I started noticing that all my new friends were Westerners. In fact, most of my new friends were not only Western, they were American! I came all the way from America jus to meet Americans? I don’t think so. My girlfriends and I decided to make the effort to attend an international party, and it’s one of the best things we’ve done. We made two new friends who we have a lot in common with, can girl talk with, go out with, and laugh with. Plus, they happen to be Korean! I’ve learned more from them about Korean culture than I have from any book.

Besides the two new additions to girl’s nights, I made an effort to befriend my co-workers. I was fortunate enough to have three co-workers who grew up in Daegu that are fun, helpful, and extremely kind people. We often have after work dinner and drinks, talk about our lives, and support each other when we have a rough day. I’ll admit that this was a very lucky draw, but most schools will have a variation of employees in their faculty.

Some people are able to become friends with their co-teachers; others reach out to other members of the staff, offering language exchange over dinner, or even just an invitation to coffee. No matter what situation you’re put in, make an effort. You never know who you may click with.