As recent college grads and those looking for a huge life change begin to research opportunities to teach abroad, the countries most often looked to for a year of adventure in Asia are Japan, China, and Thailand. Taiwan seems to be ranking at the bottom, if at all, of everyone’s wish list. Often treated as the annoying tag along little sister, applicants roll their eyes or chuckle when the idea of teaching in Taiwan is handed to them by a recruiter. 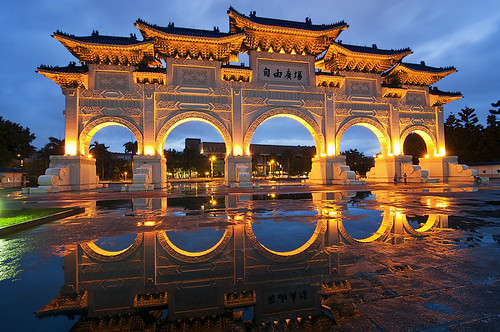 The truth, however, is that Taiwan is the best teaching abroad destination, in my opinion. Those who find themselves teaching a year in Taiwan can attest to the amazing things Taiwan has to offer that truly are better than any other place you could possibly teach in Asia. Personally, I can name at least 100 reasons off the top of my head that Taiwan trumps teaching anywhere else, but for fear of boring you to death, I’ll only name the five I know to be truest.

1. You’re no longer a novelty

During my time in South Korea, the one thing I hated most was the stares. Being a waygookin in Korea was easily one of the most isolating times in my life. While at first I loved the never-ending shower of compliments I received, I began to resent it as I realized that I’d have to constantly answer the same questions for an entire year. “Yes, I’m from America.” “Yes, I mind if you touch my hair.” “No, I don’t want to do language exchange with you because I already said yes to the first 30 Koreans who’ve already asked me.”

While I’m obviously not from Taiwan, no one freaks out when they see me riding the train alongside them. It’s really nice to be able to go about my day without feeling like a complete outsider. There are certain times when I want to blend and not have eyes glued to me. For example, the other night at about 10:00 pm I realized I was out of milk right as I had poured a giant bowl of Cheerios for myself. In Korea, I would have just gone to bed hungry because I wouldn’t have wanted to change into nice clothes, clean up my make up, and neatly comb my hair. In Korea, even going to the grocery store I felt on display.

Do you know what I did that night in Taiwan when I needed milk? I slipped on sneakers and went to the store looking like a complete hot mess. No one cared. No one stared at the foreigner who didn’t brush her hair. Everyone went about their business, and I got to eat my Cheerios that night. Happy story.

Because I’m obligated to pay rent, taxes, and all of my own bills and airfare, teaching in Taiwan feels like a real job. It doesn’t feel like an extension of university the way some teaching abroad programs can feel with paid housing or even dorm living. Having those small paycheck draining responsibilities have actually kept me motivated to do the most that I can with my time abroad.

3. The food is amazing

Sure, food everywhere is amazing, but food in Taiwan? Forget about it. No competition. The reason I think it’s so yummy is that Taiwan is open to fusing cuisines and cultures.

4. Getting around is easy peasy

The level of English spoken by Taiwanese people is so amazingly high. I’ve never experienced a single instance where I couldn’t get around the city because no one spoke English. I’ve had entire conversations with the majority of cab drivers because even their levels are insanely good. I think the reason that most people are fluent in English is that Taiwanese people aren’t afraid to try.

They’re extremely confident in their ability to get their point across, and they know that even if something gets lost in translation, I’d never judge them for making a mistake. I actually am so grateful that they try to make me feel welcome and comfortable.

I could kiss whoever brought the bikini to Taiwan, and then after kiss the Taiwanese people who embraced it because summer is coming up and I hated wearing those awful figure-ruining cover-ups in Korea. Taiwan is a country that is accepting of most religions and life styles. With that comes acceptance for all forms of dress.

I love not having to wear cardigans for fear of exposing my shoulders, and I’ve tossed all of my high-necked tank tops I used to have to wear under my “low cut” shirts. The accepting culture in Taiwan is probably my most favorite aspect of living on the beautiful island.

Have you ever been to Taiwan? Do you think it would be a great place to teach ESL? Share your thoughts with other expats in a comment below!