Taiwan could be said to be a hybrid blend of cultures that has been largely shaped by processes of imperialism and colonization. At various times the people of Taiwan have been ruled by the Dutch, Chinese, Imperial Japanese, postwar China and even, arguably, the United States. An autonomous state now, the Taiwanese culture still bears the marks of these foreign powers as it continues to struggle to find it owns conception of a national identity.From the celebrated aboriginal tribes to the esteemed Chinese heritage and the valued treasures that the original migrants brought with them, Taiwan has an amazing culture and history. 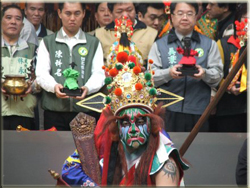 The prevalent form of religious belief in Taiwan is the traditional Chinese blend of Buddhism, Daoism, and Chinese folk religion, including ancestral worship. However, there are also large numbers of devotees to each of these belief systems. Confucianism remains a major influence on personal philosophy and ethics. The government on Taiwan has continued the tradition of honoring Confucius and his lineal descendants.

It is safe to say that every major world religion has some followers in Taiwan. Taipei in particular will be home to the overwhelming majority of these communities. Christian churches have been active in Taiwan for many years, the majority of which are Protestant. 2.6% of the population identify themselves as Protestant, with Presbyterians playing a particularly significant role. With the recent influx of immigrants from Malaysia and Indonesia there is also an active and growing Islamic population in Taiwan.

The 1990’s and early 2000’s saw the emergence of bands and artists of diverse styles, such as LTK Commune, Labor Exchange Band, Chairman, Sugar Plum Ferry, Medicine Jar, Backquarter, Ladybug, Feiwu, Sodagreen, Deserts Chang, Fire EX, 8mm Sky, and ChthoniC. The annual Formoz Festival, Spring Scream, and Hohaiyan Rock Festival are representative gatherings within Taiwan’s music scene. Of these, Formoz Festival is notable for its international draw, with foreign artists such as Yo La Tengo, Moby, Explosions in the Sky and Caribou headlining the event, while Spring Scream is the largest local band event, and Hohaiyan draws a mixed crowd of beach side party-goers and music appreciators alike.

Recent Taiwanese popular singers/bands include Cyndi Wang, S.H.E, 5566, Rainie Yang, Da Mouth and much more. The popular culture of the Taiwanese people has also influenced Chinese-speaking populations in other countries such as China, Malaysia and Singapore. For instance, a significant band, May Day has taken these countries by storm. 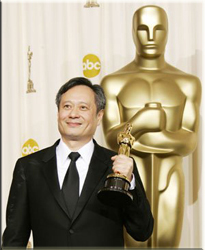 Internet cafes, also known as “Wang Ka”, are very popular with the younger generation who spend endless hours playing online games. It has reached a point where many parents and teachers are concerned with the amount of time youth spend in the virtual world.

The Taiwanese movie director Ang Lee is also popular in the West (his movies include Lust, Caution, Brokeback Mountain, and Crouching Tiger, Hidden Dragon). Musical artists such as Jay Chou, Alan Luo, Jolin Tsai and David Tao have gained international fame performing throughout Asia. Taiwan is also known for its many TV game shows, some of which are so popular that they are aired across Asia and some Western countries.

Anime and manga comics are also very popular in Taiwan. It is common to see a manga rental shop or a manga store every couple of streets in larger cities.

Karaoke is incredibly popular in Taiwan, where it is termed KTV (Karaoke Television). Originally a Japanese phenomenon, KTV centers can be found in almost every neighborhood throughout the country. During typhoons, many young Taiwanese will spend the day singing karaoke or playing mahjong.

In recent years hot springs, known as wēnquán in Chinese and onsen in Japanese, have been making a comeback thanks to efforts by the government. Over 100 hot springs have been discovered since the Japanese introduced their rich onsen culture to Taiwan, with the largest concentration at the northernmost part of Taiwan.

Traditional Chinese opera is very popular in Taiwan but the Taiwanese have also developed their own unique opera and puppet theater. Taiwanese opera combines local opera and music into one performing art, while the puppet theater has undergone great modernization in recent years and many special effects are added to performances today making it extremely popular among Taiwan’s younger generation. Taiwan’s movies and performing groups are also gradually gaining notoriety on the international stage, once again demonstrating the traditional and creative value of Chinese and Taiwanese culture.

The Aboriginal Culture in Taiwan 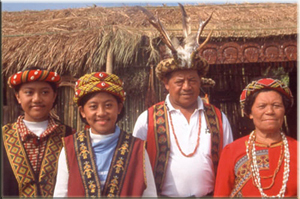 A native aboriginal family in Taiwan

Taiwan’s original residents belonged to Malaya-Polynesian ancestry, and have a history spanning back thousands of years. Today most aboriginal cultures live in the mountainous areas of Taiwan having been driven there by colonial powers over the past several centuries. There are a total of 12 aborigine tribes in Taiwan:

Each tribe has its own respective language, manners, customs and tribal structure. Seemingly the only common thread amongst them aside from geographical representation is the fact that each is now facing assimilation and cultural preservation issues.

Temples and Buildings in Taiwan 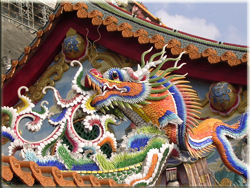 An example of traditional Taiwanese architecture

Taiwan’s traditional architecture is an aggregation of folk art. Decorations are refined and form an important part of the architecture. Ranging from colored paintings, calligraphic illustrations, wooden and stone carvings, clay sculptures and ceramics, they all tell the story of Taiwan’s rich culture. The Longshan Temple in the heart of Taipei, the Matzu Temple in Lukang, and the Chaotian Temple in Peikang make up some of the most famous temples in Taiwan. They are valued not only for their historical importance, but also their artistic heritage of Chinese influence.

On the flip side Taiwan is home to some of the most incredible modern buildings in the world. From basically any vantage point in Taipei you will be hard pressed to miss Taipei 101. Until only recently, the building stood as being the tallest skyscraper in the world. On a clear day the views from the top are not to be missed!