Taiwan is a small, beautiful island to the South East of China and offers a huge choice of things to see and do. Even though it is an island it also possesses several of its own off-shore islands that are certainly worth a visit.

Below are six of the best-known islands of Taiwan for you to discover and enjoy. 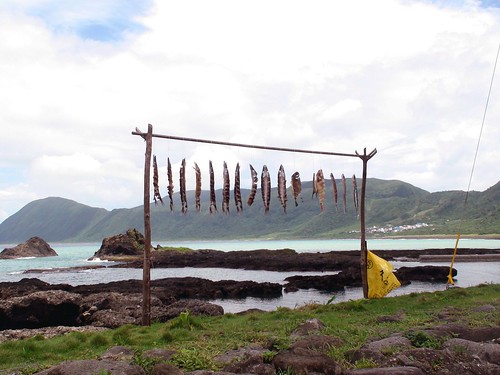 Orchid Island (also known as Lanyu) is located on the South Eastern side of Taiwan and is home to one of 16 aboriginal tribes (there are an additional 11 tribes that are unrecognized) called the Tao.

This ethnic minority of Taiwan migrated to Orchid Island over 800 years ago and they refer to the island as Ponso no Tao which means “island of the people”. This island features eight mountains that are over 400m high, the biggest mountain being Mt. Hongtoushan.

There are six villages on it with a 37km road circling the two biggest mountains, you can drive this in 1 ½ hours, or you can take the short road, full of twists and turns that cuts between the two mountains.

This island used to have an active volcano and it last erupted centuries ago, the volcano is now dormant. The island has 35 plant species found nowhere else on Earth and green sea turtles lay their eggs on this island.

Places of interest include the Lanyu lighthouse and the Lanyu Flying Fish Cultural Museum. The island is also surrounded by coral reef, but watch out for those sea snakes, Lanyu has 4 different species. 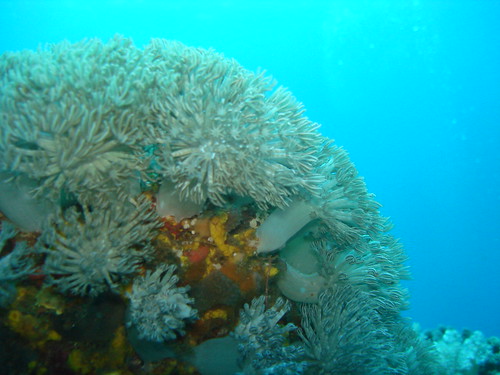 Located in the same South Eastern region off Taiwan, Green Island is a small volcanic island that was originally inhabited by the aboriginal Amis people.

If you love diving then green island offers some fantastic dive sights with beautiful reef formations surrounding almost all of the island.

It’s most popular attraction being ‘Big Mushroom Coral’, but warning should be taken to stick strictly to the dive sights. The coral is extremely sharp and in some areas the waves are big, this isn’t coral you want to be dashed against.

Perhaps after a day of diving you would like to relax in a volcanic hot spring? Green Island can accommodate you with its Zhaori salt water hot spring (one of only 3 saltwater hot springs in the world).  You choose between the natural hot springs or the spa, both fed by the same spring, but the spa one is filtered and sanitized.

Penghu is technically an archipelago of 64 islands and islets which stretch out between Taiwan and China in the Taiwan Strait. The largest city is Magong and the area most people tend to visit, but you can take a boat tour to see the others.

Be sure to also check out the unique rock formation in the shallows called the Double-Heart of Stacked Stones which makes for excellent photos. Also to note is Whale Cave, named so for its shape of the large mammal.

A great way to see these sights is to take advantage of the seashore bicycle path, scenic and active. Penghu in the winter is extremely windy, so you would think that not much goes on there. You would be wrong my friend. With great winds comes great wind sports.  If you are into windsurfing then Penghu offers some of the best conditions in the world. 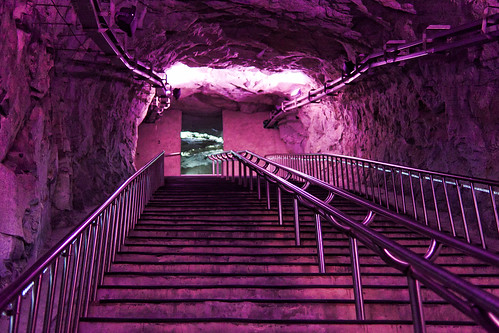 The island name actually means “Golden Gate” and is a complex island in terms of its ownership. It is part of the Fujian Province by both the PRC and the ROC, however, its status is as a territory controlled by Taiwan. It’s geographical location is just 2 km away from Xiamen on mainland China.

Be sure to dive into Kimen’s rich military history, although a small island it has managed to keep itself well defended in its past. You can visit the 8-2-3 Artillery battle museum and take part in experiencing 3 minutes of war in their Virtual War room. You can also visit the underground navy base using the Zhaishan tunnels or even the Siwei tunnels on little Kinmen.

Kinmen is famed for its making of knives, and these are certainly a must buy if visiting. What is so special about these knives? Aside from the skill in making them, the metal used for them comes from thousands of old bombshells that were fired at the island from China in a failed attempt to occupy the island.

Looking for a tourist challenge? Try to find the original Wind Lion Gods statues in the villages; it will take patience and perseverance. Check out this video to get a quick tour of the island. 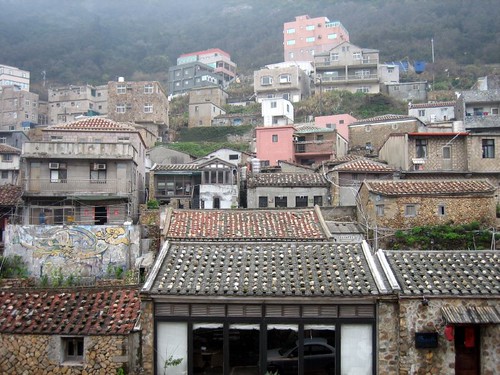 Matsu is actually made up of three main islands; Nangan, Beigan, Dongyin, and Jyuguang. These are actually closer to mainland China than Taiwan and can be found off the Southern coast of China.

They are perfect for any military enthusiasts out there. The islands are mainly large military fortifications with small villages throughout.

These islands are not huge and you can easily spend a day on each island visiting the various villages and military facilities. The 9000 locals on the islands all know each other, and it can be a fun experience getting that community feel.

A lot of the architecture is traditional 19th century Fujian style stone houses and it gives an authentic and traditional feel. It is believed that the goddess of the sea (Matsu) was once buried here and there is a huge statue of the goddess that you can visit near the Matsu Temple in Matsu Village. You just need to follow the directions for Matsu Park up an incline, from the top you will have excellent views of mainland China.

By far the most easily accessible island from Taiwan, Turtle island (Guishan island) is located just off the north-east side of Taiwan and can be seen from the beach in Yilan.

The name comes from its shape, Guishan literally means “turtle mountain” and is extremely appropriate as the island is shaped like a giant turtle. This picture shows the rocky turtle “head” with it’s green “shell” back.

This island is actually the tip of an active volcano, the only active volcano in Taiwan in fact. The island has only been open to tourists since the year 2000 as a maritime ecological park.

The best way to see this island is on a boat tour. If you head to Yilan beach you will be able to find the boat tours at the harbor. You can either choose to do the tour around the island on the boat which takes about 2-3 hours, or you can take the boat tour and eventually stop off on the island to take a look around.

The island tour is fantastic, you are guaranteed to see dolphins, but there is also the chance to see various types of whales. Be sure to also look out for flying fish, they are everywhere.  The price of these tours is extremely affordable, coming in between $1000ntd-$2000ntd.

So why not leave the island of Taiwan to experience some smaller islands and what they have to offer? All of the islands above are easy to reach by either boat or plane, and not that expensive to get to, so what are you waiting for? Have you been to these islands? Do you have any more that you want to add to the list? Let us know in the comments below.