A Weekend in Taipei: Nightlife

A Weekend in Taipei: Nightlife

The final Weekend in Taipei series is going to leave with a section on Nightlife. Being one of the large modern cities in Asia Taipei offers much in the realm of nightlife. So much so that it deserves its own section. There are a variety of activities that fall under the umbrella of nightlife in Taipei. 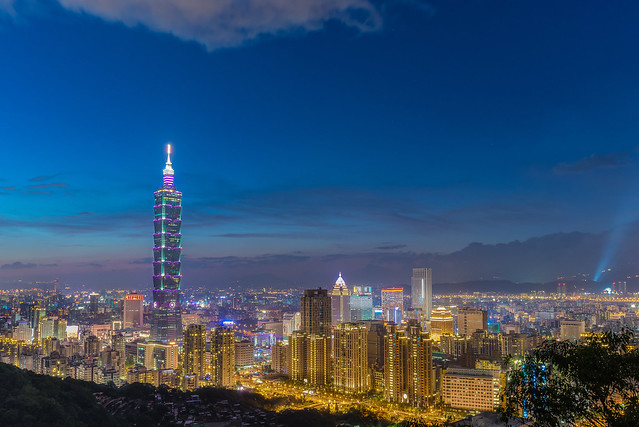 Since nightlife takes place, well, at night, the layout of this article will vary from the previous Weekend in Taipei series. The article will be laid out based on the type of activity, instead of the time of day.

Warning: most pubs, clubs, karaoke venues in Taipei allow smoking indoors, so if you’re highly sensitive to cigarette smoke make sure to verify before going or just be prepared for a smoky night.

If you’re the more musically inclined type then there are a few options to fulfill melodic impulses.

KTV is a lot like Karaoke and there are plenty of different kinds. The places where you can rent private rooms have two main brands: Party World and Holiday KTV.

Both places offer rooms for small to large parties and depending on how long you plan to stay prices can range from 500ntd-1000ntd per person. Each person typically will need to purchase at least 100NT of food or drinks once inside. You can also bring your own alcohol into these places for an extra charge, if you like, or buy drinks at the KTV.

Karaoke bars are also widely available and are similar to those you may find in Japan, Korea, or even in America, depending on where you go. These places are more like bars where there are TV screens laid out around the area.

You can go to the bar and request a song and when it comes on the waiters will bring you a microphone and you can show off your vocal cords from the comfort of your lounge seat.

There’s no need to be too shy about singing in front of a crowd because most people will be minding their own business anyway! A majority of these can be located on Linsen North Rd in the Zhongshan District of Taipei City.

Live Music Bars can be found in various places in Taipei. Although Taipei isn’t really known for its live music scene, there are still quite a few places where one can enjoy a nice beer or cocktail and listen to music. There are some good quality jazz bars around the Zhongxiao Dunhua and Xinyi Anhe areas.

A simple google search for “Live Music Bars” will award you with some worthy results.

There are a few nice places to smoke hookah in Taipei, although, it’s not as popular as in other areas of the world.

The lounge also offers hookah every day in about five different flavors for an inexpensive price. Mirror plays a variety of music, but you will mostly hear a range of EDM beats.

1001 Nights is larger than Mirror Lounge and holds a small-yet-workable dance floor. Entry costs about 500NT with 200-300NT worth of drink vouchers. This place attracts a large range of Latin and African expats compared to other bars and as such, will have a fair share of salsa music.

PLAYING Hookah Shisha Bar is a pretty straight forward hookah bar. Lots of hookah types with many flavors. There are also nice beers and cocktails served there and they are open until around 3 am.

No party night/weekend is complete in Taipei unless you have visited one of the many different nightclubs that the city has to offer. On any given weekend, almost any nightclub in Taipei will be full of party-goers so there are no worries of a club being deserted on a Friday or Saturday. Clubs range from the very expensive, table-driven kind, to the underground grunge type, so there’s definitely a niche for everyone interested in hitting the town.

Clubs range from the very expensive, table-driven kind, to the underground grunge type, so there’s definitely a niche for everyone interested in hitting the town.

Downtown Clubs in Taipei can be found around the Zhongxiao Dunhua and Xinyi Anhe area and will be the largest, most crowded, expensive, and packed clubs in Taipei. Mostly located in ATT4Fun (name of the shopping area near Taipei 101) you can find a majority of the major clubs here:

Mostly located in ATT4Fun (name of the shopping area near Taipei 101) you can find a majority of the major clubs here including; Myst, Elektro, Wave, Chess, Babe 18, Room 18, Halo, Lava.

Babe18 and Wave are all-you-can-drink. The entry will cost between 600-700NT and as long as you can hold onto your cup you can drink all night. The music at Babe18 is a pretty standard mix of pop hits remixed with EDM and house beats. Wave typically has a better playlist of remixed songs, mixed with newer beats, and a variety of tech house remixes.

Elektro has routinely been deemed the best club in Taipei, mostly for its music selection. Big name artists will often visit Elektro to play for a night or weekend. If there is one club to visit in Taipei it’s going to be Elektro. Be warned: it will be extremely packed with a relatively small dance floor. Entry is also 1000NT, making it one of the most expensive clubs in Taipei.

Omni, The Beat, and M Taipei are clubs situated outside of ATT4Fun that still qualify for Downtown Clubs. Omni absolutely competes with Elektro for best club in Taipei.

It has a large open space, great music, room to dance, and excellent drinks. The only drawback is the 1000NT entry fee, and although entry comes with two drinks, any drinks after will be quite expensive.

The Beat is a smaller underground venue that boasts a 500NT entry fee that includes two drinks and inexpensive cocktails and beers. Music is your standard pop-EDM mixes, but are streamed well.

If you’re looking for something more funky, trancy, and grungy, the underground clubs are the choice for you.
Korner, The Wall, and Triangle offer less mainstream pop music and have a less-aggressive club vibe to them. In Korner you’ll find more of your deep house and techno vibes. Triangle offers a low entry fee (around 300-400NT) and plays a range of Drum & Bass, Hip Hop, Alternative Rock, and House music.

Taipei has a lot of places to go and get a drink with friends and relax, without the pressure of dancing or having to stand on your feet for an extended period of time.

Additionally, the craft beer scene is just now hitting Taiwan and so there are more and more bars that are offering beers from different places around the world.

BeerGeek, R&D Cocktail Lab, Beer and Cheese, The Top, Landmark, and Gordon Biersch are just a few of the great bars to go to in Taipei.

R&D offers cocktails made to your liking just tell the bartender the flavor you’re looking for, the kind of alcohol you want and they’ll whip up a made-to-order cocktail. The wait staff and bartenders are extremely professional and friendly. The atmosphere is also laid back and casual.

BeerGeek, Beer and Cheese and Landmark offer a variety of craft beers on tap. A special feature about Landmark is that it is located completely outside with no chairs; however, leaning on the outdoor tables in the Xinyi District, watching the masses walk by next to Taipei 101, really puts you in the middle of the classiest area in Taipei. Beers are reasonably priced (200-250) and delicious.

The Top is a classy bar on Yangmingshan, one of the highest mountains to the north of Taipei. If you have means to a scooter or car or are willing to pay a hefty taxi fare, then The Top offers amazing night views of Taipei and is surprisingly well-priced.

Drinks are good, food is tasty, the decor is modern and polished, and the overall atmosphere feels very relaxed. A highly recommended spot for a drink and amazing night view.

Taipei offers much in the realm of nightlife. This article merely scratches the surface of the many things to do in Taipei when the sun goes down. In addition to going out and drinking there are even night hikes you can do if you’re feeling active and want to catch a glimpse at some of the stars.