Where Can I Teach In China?

Salaries are typically related to the cost of living in your preferred location in China. This means that even though you might be earning less in a smaller city, your salary and salary package are comparable to what you are earning in a large city like Shanghai or Beijing. Smaller city packages tend to pay less, but they include more salary perks and the cost of living is cheaper, which means you’ll still be able to save a large portion of your paycheck each month. Larger city packages do pay more, but salary perks are typically built into your monthly salary.

No matter where you go, you’ll have access to everything you need to make you comfortable for your year abroad, including access to other expats in the area. 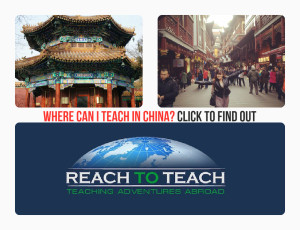 Beijing, Shanghai, Guangzhou, Shenzhen are first-tier cities. They are known as the Big Four. The cost of living in these cities is much higher than in other cities in China. These cities also have the strictest requirements for teachers.