5 Reasons You Should Learn Chinese (Part 1)

An actual conversation that occurred shortly before I moved to China in 2010:

My Friend: You’re moving to China?

Me: Why? Why is that so crazy? Lots of people do it.

My Friend: Because they all speak Chinese there! You’ll probably die. Or maybe get killed. At the very least you’ll get maimed and put in jail. You’re doomed.

Me: I’m already learning Chinese! I’ll just get better and better once I’m there.

My Friend: I’m not visiting you in jail in China. Here, maybe. In China, no.

Me: Whatever. I’m going to learn Chinese. 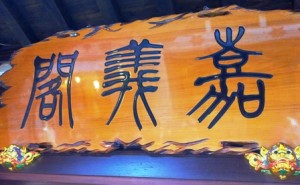 Now, much to the chagrin of my “friend”, I have yet to step foot inside a police station (except to do residency paperwork, I swear!) after three and a half years in China and Taiwan. Neither am I killed, dead, or maimed. Have I learned Chinese? Yes! Am I fluent? Well, not exactly. But I can get around just fine, make conversation with most people, and read a little. Reading is the most difficult part, if you ask me. Once, I even talked my way out of a traffic ticket.

Learning Chinese- I did take lessons, by the way- has been incredibly rewarding and very fun. There are  a million reasons to learn the local language of the country you’ll make your new home. There are only benefits, no negatives to this. Can you get by without it? Maybe. But I promise you you’ll have more fun if you just try. Here are just a few of my favorite reasons to learn Chinese (or the language of the place you are considering moving to) (or the language of the place you have already moved to) (how many of these can I get away with?) (the answer: four):

1. You can talk your way into discounts

One of the biggest advantages of having some Chinese under your belt is it opens the way for you to know precisely when you are being taken advantage of when buying something. Now, realize this: you are a foreigner, and you are going to get the short end of the stick more times than not. It is unavoidable, but you can minimize it most of the time.

Here’s the thing, they say that everything is negotiable and that the Chinese bargain for everything. Not true! Go into any store where the prices are clearly marked, like a grocery store or a store in a shopping center, and all the prices are fixed- no bargaining. This is great for me because I hate bargaining, I’m not good at arguing and it just isn’t fun.

The good stuff, however,is found at the little mom and pop stores and night markets, and those prices are almost never firm. My wife loves bargaining, and she is very good at it. She could haggle all day if you would let her, if only to save a few extra rmb.  But she’s only able to bargain at all effectively because she speaks Chinese so well. For the vendors, it’s kind of a game. The purveyor will usually state the price at an obscenely high percentage of what they are actually willing to settle for. Everyone knows what the real price should be, and bargaining for it is playing the game. If you don’t play right, well, it’s no fun.

Take a pair of socks, for example, at a night market. You ask how much, and the weasel-faced man with three teeth who looks like he might just have leprosy says 50 rmb. This is obscene, an outrage! You know that this pair of Spider Man copyright ripoff socks, where the name is misspelled “Spidar Man” can’t really be more than 10 rmb. He saw a foreigner and tripled what he would ask of any other Chinese person. You feign interest and say you’ll buy them for 5 rmb. Weasel-Face adopts an air of indignant offence,and says he has 13 children and 42 grandchildren to take care of at home, and how dare you try to rip him off! However, he is feeling generous and he will sell them to you at a very good price, he likes you, so only 47 rmb. 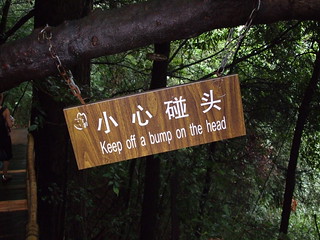 You say 10 rmb and pretend to only have that amount on you. Weasel-Face sneers and says that this is impossible, because you are a rich foreigner, and everyone knows that all foreigners are rich. 45 rmb or no deal. You show him where you cut yourself shaving and say you were mugged only 23 minutes ago and this is all the money you have. However, if you can find your friend, he can loan you 5 rmb and you could stomach paying 15 rmb. He dismisses this pitiful lie and says that if he charges less than 40 rmb he would be losing money. How can he feed his 61 grandchildren if he is losing money? You remind him that he said he had only 42 grandchildren just a minute ago. He says that was only by his first wife, may Buddha rest her soul. He has since remarried and has been…busy.

You say you must buy the socks because you really want to make a donation gift to a local orphanage, you say. How about 25 rmb? He sneers at that ridiculous excuse and suddenly gets the gout, which is costly to treat (and contagious?). This goes on until you finally agree on 30 rmb, which you magically find in a pocket the muggers from 23 minutes ago must have overlooked. Weasel-Face is pretending you got the better end of this and glares daggers into your back as you stride away, happy that you successfully bargained the guy down to almost half of what he asked for initially.

Until the next day, where you see your Chinese coworker with the exact same pair of socks that he says he paid 5 rmb for. Dammit!

Were you ripped off? Yes, but you still saved some money because you spoke to the guy in Chinese. Maybe not fluently, and you might have mangled your tones or misunderstood him completely, but you still played the game right. As a foreigner, you will get ripped off 95 percent of the time, because you simply are not Chinese. A lot of vendors would rather set themselves on fire than give a foreigner the Chinese price that locals pay. Speaking Chinese gives you a fighting chance against Weasel-Face and others like him.

2. It makes getting around much easier

When you live in China, there are a number of ways to get around town. You can make your life so much easier by learning Chinese! Giving directions to the taxi driver, who is clearly lost (but doesn’t want to admit it to save face) is number one on the list. You don’t have a car, and it’s late, you have just had a lovely time out with friends, and it’s time to go home. The taxi driver knows your area, but not your neighborhood. You can save time and money and sanity by eloquently telling your friendly neighborhood taxi driver easy things like “left here”, “turn right at the light”, and, “look out for that antelope!” You’ll be home safe in no time. 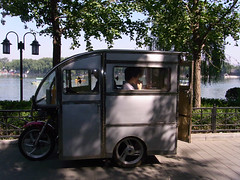 The public buses are great in most cities, with the routes clearly listed at the stops. Uh, in Chinese, that is. With a little Chinese and a smartphone translation app (Pleco is possibly the greatest app of all time), you can decipher virtually any character set and elbow that granny in the chin to get on the bus first in full confidence that you know which stop to get off at. Taxis may be cheap, but the bus is obscenely cheap.

Also, if you’re lost, you can ask for directions, and people will look at you like you have a horn growing out of your forehead. Unless you ask for directions in Chinese! It is really easy to learn a few simple phrases and the basic vocabulary involved in getting around the city. Again, with a smartphone app and a little Chinese, you can show a friendly local the name of a place translated from your favorite GPS based program and they will most likely be able to help you.

3. You can really seem impressive

Chinese people know how hard their language is to learn. When they encounter a foreigner who can speak a few words of Chinese they are really impressed. Impressed as in, I say “Hello” and they fall all over me. “Ooohh, your Chinese is so good! Wow!” To say thank you would actually be rude. The polite thing to do is to brush it off by saying “Don’t be so polite!” or “No, no, it  isn’t.” When you say this, they explode with glee and turn to anyone nearby, “Ooohhh! Did you hear that? He said ‘Don’t be so polite!’ Wow, he’s good!” And it just spirals downhill from there.

Was your Chinese impressive? Not in the least, but they are impressed that you were trying. And good on you for taking the time to learn a bit of one of the most complicated languages out there.

If you can actually speak Chinese well, like my wife, you become a god. They are stunned into silence. Or they might actually have a pleasant conversation with you in the normal way.

Me? I’m content to seem like a genius, even though I’m just a hack. I have had entire conversations with someone by getting it started and then they start talking over my head, and at the end I have no idea what we just discussed. I just nod and agree through most of it, and it sure seems like I’m interested in what could be a discussion of the mating habits of the local beetles for all I know. I started talking about how nice the weather has been lately and a few minutes later I’m lost. I recognize words like “Turkish prison” and “aliens”, and I think he asked me if I liked gladiator movies. I may not know what we talked about, but I made a new friend. A friend that may post bail for me someday.

Learning Chinese has a lot of advantages, so stay tuned for part 2 of 5 Reasons You Should Learn Chinese!