The island of Taiwan series brings you another great location to explore. If there is one place to visit on the island nation of Taiwan, Taitung is one of the most beautiful and natural places you will find. 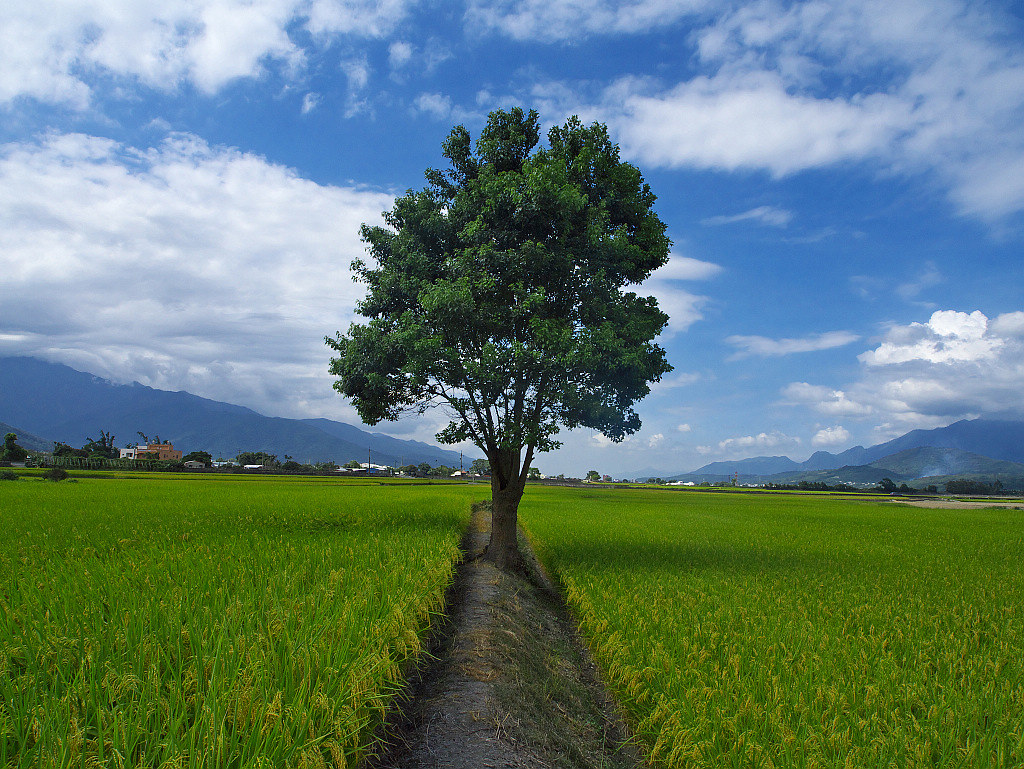 With the longest coastline in all of Taiwan and mountains that practically reach out and touch the sea, Taitung boasts a particularly special landscape compared to many other places not only in Taiwan but in Asia.

The next leg of our trip took us from the culinary city of Tainan to the natural diverse landscapes of Taitung. We woke to the bright, hot, and humid southern Taiwan weather and took our ten-minute walk from our conveniently located hostel to Tainan train station.

The TRA (Taiwan Railway Administration) created a system of train tracks that has linked all of the major places (and many minor ones) together into a cohesive spider web of transportation.

Even prior to the creation of the TRA in 1945, the Chinese and then Japanese had started building railway tracks in Taiwan to service their supply routes and own transportation throughout the island.

The TRA is also not to be confused with the HSR (High Speed Railway). The HSR only runs through the west coast of Taiwan and links the major cities. Since we were moving from one of the southernmost cities in Taiwan, along the southern tip, and into the east coast, our trip would now rely on the TRA.

Our train took us through some the mountains in south-middle of Taiwan where, through the brief openings of the tunnel passages, we could see the rivers and streams flowing with us, knowing their final destination would coincide with our own.

As the mountains slowly flattened into the plains of nearby Taitung, the train ran along the east coast of Taiwan where we gazed into waters of the Pacific Ocean. We chugged across the coastline until we reached Taitung station.

Upon arrival to the station, we knew we needed to rent a scooter for our trip in Taitung. Unlike the larger cities in Taiwan, Taitung does not have a robust transportation system and the ambrosial scenery Taitung is most known for is most conveniently located by riding so scooters were a necessity.

There are a few options of scooter rental shops within walking distance of each train station in Taiwan. We chose the shop closest to Taitung Station primarily to get in and out quickly…didn’t work out that way.

The shop required a Taiwan driver’s license and although we didn’t have one they were kind enough to let us use a picture of a friend’s license. Once registration was complete the renter videotaped and took pictures of every inch of the scooter – something that has never happened to me in the past.

After the more-than-meticulous inspection of our scooters we were on our way to the hostel to drop off our luggage and head to our first destination – 伯郎大道 or strangely known as, Brunswick Avenue in English.

Brunswick Avenue is famous for it’s vast flat plains of rice fields, serene mountain landscapes, and a tree, where a famous actor shot a scene in a commercial.

We rode our scooter for one hour from Taitung City to Brunswick Avenue, where we promptly rented a two person bike with cheetah pattern seats as it’s one of the best ways to see the avenue and take in the serene, rural atmosphere.

As the cool afternoon breeze brushed across our faces we really felt what it meant to experience Taiwan. When you live in Taipei for a majority of your life here it’s really easy to miss the reasons why this island was called Formosa so long ago.

Of course, there are hikes close to Taipei and day trips that are remote and removed from city life, but once we felt that southern air rush past us, over our cheetah patterned sheets, and through the various shades of green rice paddy stalks, we felt a part of the true essence of Taiwan.
After a couple hours of riding around the large expanse of space, we reluctantly returned our cheetah bike, hopped on our scooters, and prepared for our hour long journey back to Taitung City. Another eventful day lay ahead of us in this beautiful city.

See also  More Than Stamps: Community as the Essence of Travel