A Guide to Taipei’s Neighborhoods

Figuring out how to navigate the  different neighborhoods of a major city like Taipei can be difficult when you have just arrived.

Whether you are apartment hunting in Taipei or just looking for a cool place to hang out, this brief guide to Taipei’s neighborhoods gives you the important details about each different part of Taipei and the surrounding area. 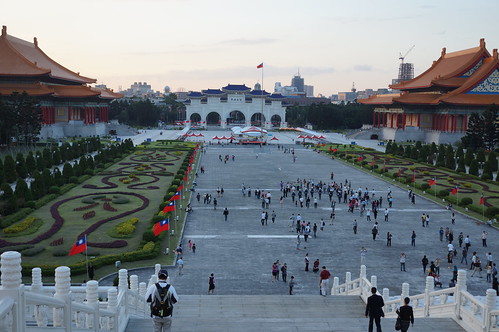 Both Shida University and Taida University are located in this neighborhood, and you’ll find a strong student-y vibe here.  Many university students live within these neighborhoods, and there are a lot of night markets, shops, and restaurants catering to the early 20s crowd. This is also the area to find Chiang-Kai Sheck memorial hall, a must see on the tourist route.

It’s a fun, happening place to be.  Shida University is a popular place for expats in Taiwan to take Chinese classes, and if you do decide to hone your Chinese language skills there, you’ll get to know this neighborhood very well. 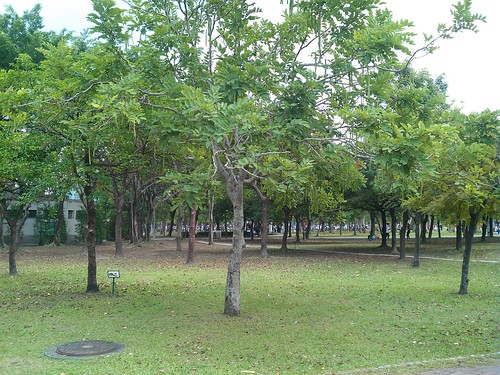 Daan is by far one of the quieter neighborhoods within Taipei City.  Living in this neighborhood isn’t always as convenient as being in downtown (although this depends greatly on where you work).

However, it’s still got pretty good MRT/bus access and is super close to ShiDa, not to mention being cheaper.

The neighborhood also contains the gorgeous Daan park, Taipei’s biggest park, and a beautiful display of how much care the city puts into creating and maintaining beautiful, green spaces. 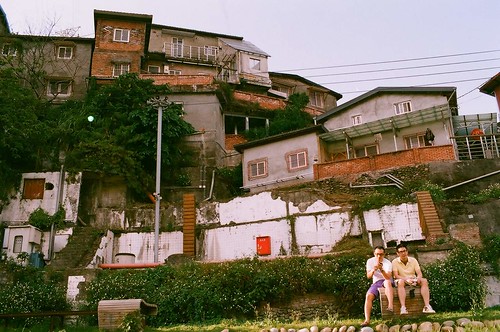 Gongguan is close enough to Shida and Guting that it still has a student feel, with lots of night markets and inexpensive restaurants.  It is definitely its own unique neighborhood, though.

Gongguan is more of a business-oriented neighborhood, and you will find wide streets, lots of bookstores, clothing and accessory stores, as well as non-retail businesses. If you are in the area then be sure to check out the artist community village at Treasure Hill (Pictured).

See also  What you Should Consider for Teaching in a Hagwon

The neighborhood has a great night market, with cheap prices geared toward students in the area.  Another decent place to live, especially if you want to be close to the university to take classes. 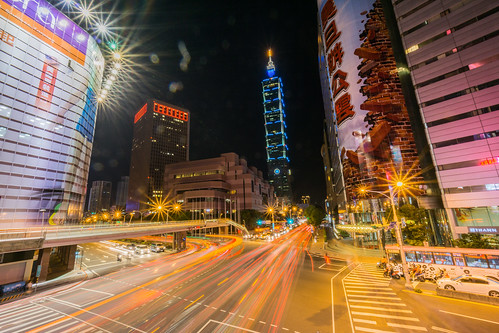 When you see pictures of Taipei as a bustling, modern metropolis, chances are Xinyi is the neighborhood that you’re seeing.  The area surrounding Taipei 101 is the center of commerce and contains the city’s most modern buildings, conference centers, clubs, and upscale hotels.  Living here is super convenient and close to just about everything you could want, but apartments tend to be expensive, and you’re constantly dealing with crowds and traffic. It is, however, a great place to come for some upscale nightlife, or just to get up close to the towering Taipei 101.

Living here is super convenient and close to just about everything you could want, but apartments tend to be expensive, and you’re constantly dealing with crowds and traffic. It is, however, a great place to come for some upscale nightlife, or just to get up close to the towering Taipei 101. If you want young, hip, and happening, Ximending is the place to be. A simple walk through the Ximending Pedestrian Area on any given evening is a cultural experience in itself, with a combination of vendors and street performers all vying for your attention.

Be sure to also check out the almost hidden temple Tien Ho, this is one of the oldest temples in the district and is a must visit. Ximen is also famed for its street art.

Ximen is also home to some of the best outdoor patio bars just behind the famous Red House building. This is also well known as the gay district in Taipei.

Housing here is relatively affordable and is pretty convenient as it’s right on one of the main MRT lines leading downtown.  Any expat who lives in Ximending, though, has to be prepared to put up with nightly crowds of foreigners and teenagers through much of the neighborhood. 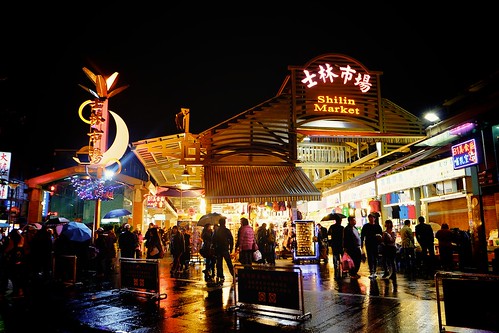 Known mainly for its epic night market, Shilin is just a few MRT stops north of Taipei.  A relatively quiet neighborhood during the day with some decent restaurants and shops, the area comes alive at night.  Throngs of people flock to Shilin night market for cheap eats, cheap shopping, and the epitome of the Taiwan night market experiences.  The neighborhood is a must to visit and check out, and even to kill some time on a lazy evening slowly shuffling along with the night market crowd.

Throngs of people flock to Shilin night market for cheap eats, cheap shopping, and the epitome of the Taiwan night market experiences.  The neighborhood is a must to visit and check out, and even to kill some time on a lazy evening slowly shuffling along with the night market crowd.

Tienmu is north of Shilin.  This suburb of Taipei is known for being an enclave of Western culture and expats within Taipei.  Government workers and more well-to-do foreign families have their homes here, and there are a lot of private international schools.  It’s not always the most convenient to get

It’s not always the most convenient to get to since there are no nearby MRT stops, and housing tends to run on the very expensive side. However, this is the place to go for specially imported goods – if you’re craving a can of Spaghettios or a bag of twizzlers, and you can’t find it in Tienmu, you won’t find it anywhere in Taipei. 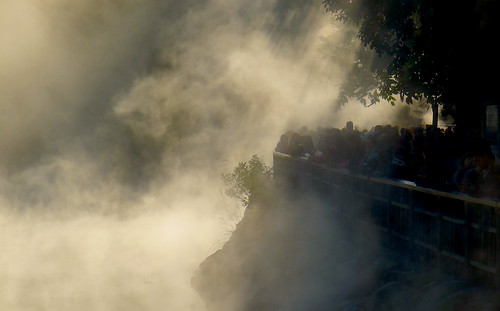 Most people know Beitou for only one thing: its hot springs.  It’s a bit of a ride north of Taipei city on the MRT, but on a chilly winter day, it’s well worth it.  Outdoor public hot springs are usually free while private resorts charge a moderate fee to soak in their pools.

See also  The Rise of Global Education in South Korea

Of course, you can spend anywhere from a few bucks here to hundreds of dollars for a hot springs resort stay.  Apart from the hot springs, Beitou has a beautiful, hilly atmosphere to it, as it’s close to Yangmingshan mountain.  You’ll find more families living in this neighborhood, with apartments nestled back into the hills. 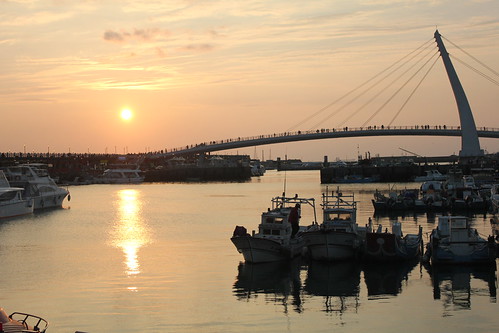 As the farthest north that you can go on the MRT, Danshui has a very different feel from other areas around Taipei. The area is quiet and peaceful, with a small-town vibe to it.

You’ve got gorgeous views of the Dan Shui river, and Fisherman’s Wharf is nearby.

If you work nearby, DanShui is a great place to look for an apartment; otherwise, it will likely be too far outside of the city for most expats to want to deal with the commute. 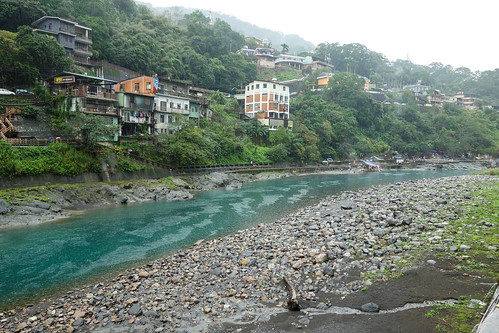 Technically a part of New Taipei City, Xindian is the farthest point south that you can reach on the MRT, and about 30 minutes outside of downtown Taipei. Nearby Bitan lake is a popular attraction, and Xindian is also a common starting point for hikes in the Central Mountain Range and buses to Wulai (Pictured).

Bitan pedestrian bridge, and the surrounding market, is a great place to spend an afternoon.  There aren’t a lot of expats living in the area, though, mainly because of its distance from Taipei.

Taipei is a very diverse city with so much to see and do. Please feel free to add your experiences of Taipei in a comment below.