An aboriginal new year celebration is a unique and wonderful experience that I have had the privilege of taking part in. It would be amiss to say Western New Year celebrations are far and few between in Taiwan. 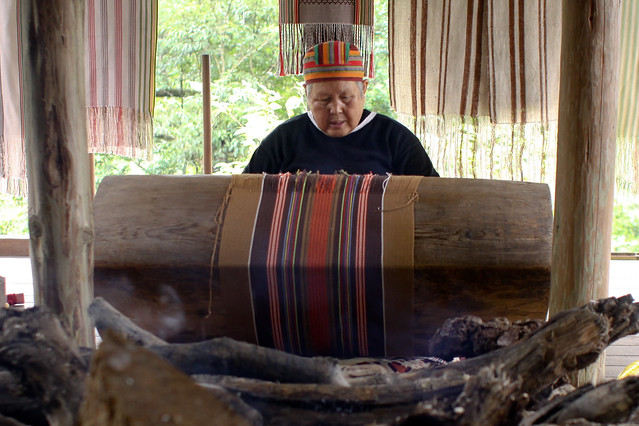 Expats and ever-increasing Westernization in Taiwan have made Western New Year quite a big event. Particularly with the aboriginals who have been living in Taiwan before the Mainland Chinese came in 1914 and 1949.

The New Year celebrations that most of the western world enjoy: fireworks, concerts, drinking, and partying, while it is becoming increasingly popular in Taiwan, still falls short in comparison to Chinese New Year.

Although a majority of Taiwan celebrates Chinese New Year, which follows the Lunar Calendar, as opposed to, the Western Calendar, there is a group of people in Taiwan who still celebrate Western New Year, the native Taiwanese.

Taiwan has a total of nine officially recognized aboriginal tribes and those nine exclude the numerous smaller local tribes. The areas of Hualien, Taitung, and central Taiwan are popular for their local populations of aboriginal tribes.

The mass urbanization of Taiwan’s west coast has removed most local tribes that may have settled there in the past. Additionally, Taiwan’s aboriginals are mountainous people, they live off the bounties of the dense forests which are more abundant in central and eastern Taiwan.

Each tribe has their own unique clothing, cultures, customs, and even languages. Even within each aboriginal group, there are a variety of differences. Traditions may differ, clothing styles, and even dialects.

Since I had already seen the majestic display of fireworks from Taipei 101, experienced the mass of people, and abundance of parties that Taipei brings with the new year, I decided to try something different this time around.

My friend invited me to visit his hometown in Taitung and celebrate with his aboriginal Puyuma tribe, more locally known as “Pinuyumayan”. The experience was something that will stay with me forever and a memory I will cherish even after my time in Taiwan.

Actually, one of the main reasons I came to Taiwan was to study Chinese. To live and immerse myself in a culture where I would be exposed to Chinese on a daily basis. And it is times like these that make all those years of Chinese even more rewarding.

To be able to conversate and interact with the locals made the experience even more all-encompassing. Being able to see a place from an outsider, while beautiful, gives a different perspective from being able to dive in on a more personal level. Of course, I will always be an outsider in Taiwan, but speaking the local language helps to make that bridge, between foreigner and native, just a little bit shorter.

Of course, I will always be an outsider in Taiwan, but speaking the local language helps to make that bridge between foreigner and native just a little bit shorter.

As was earlier mentioned, Taiwan’s east coast has developed slower than the west. The biggest reason is the general geographical structure of the east. The mountains in central Taiwan extend almost to the sea around the area stretching from Yilan down past Taitung. As a result, there is no High-Speed Rail anywhere along Taiwan’s east coast.

As a result, there is no High-Speed Rail anywhere along Taiwan’s east coast.

See also  The Significance of Traveling with Your Significant Other

Without a fast train, passengers are limited to the standard slower and older trains that are able to traverse in and around the mountains of the east. There are also the slightly faster and newer designed Puyuma trains that travel to Taitung, but they are less frequent and often harder to book.

Speaking of booking trains – do it in advance! Especially trains coming back to Taipei. Those will often sell out extremely quickly, particularly from the east coast. You don’t want to buy a standing ticket from Taitung to Taipei, that’s a five-hour train nobody wants to be standing for.

Booking tickets can be extremely easy. Almost every 7-11 in Taiwan has an iBon machine. It’s a miraculous device that lets you book transportation tickets, concert tickets, exhibition tickets, pay your bills, and so much more. It’s often hard to traverse on one’s own so finding a local friend or someone who can read Chinese will really help.

It’s often hard to traverse on one’s own so finding a local friend or someone who can read Chinese will really help.

After finding the appropriate trains to and from Taitung I simply printed out the receipt, handed it to the cashier, paid for the ticket (around NT$700~ one way), and walked out of the store. I was going to spend the new year with a Taiwanese aboriginal tribe.

Have you had any unique and interesting experiences in your home country? Let us know about them in the comments section below.