The Value of a Global Perspective 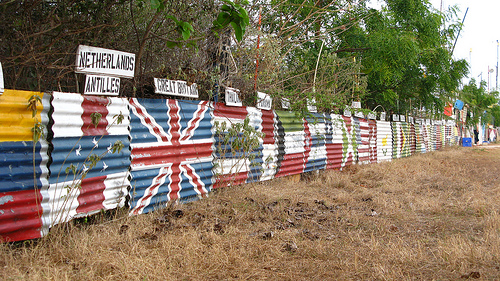 Movement One: America the Beautiful?

Is there anything more American than the Super Bowl?

For all non-Americans out there, the answer is not much.

Gridiron football’s championship ushers in every February, uniting the country in its divisiveness as the top teams battle it out for bragging rights and a really big ring. The game rages on, but the commercials are the glue holding us together no matter what team wins. At $40 million per 30 second spot, we can count on our most brilliant marketing minds to make us laugh or cry at their whim, then talk about their performance, if not their product. It’s the one night a year where the space between is actually appreciated.

And this year, something poignant took place in this hallowed advertising realm. Something beautiful and evocative and revealing. And boy, did it touch a nerve.

In 60 seconds, Americans were reminded that the world is bigger than our White, Anglo-Saxon, Protestant bend. “America the Beautiful” sung in 7 different languages sparked the very best and worst of everything we hold dear as fundamentally American. The US of A, a country priding itself on welcoming the world’s tired, poor, and huddled masses yearning to breathe free, seems to have forgotten that her own history, aside from her indigenous peoples, originates from overseas. We’ve commandeered the Stars and Stripes to mean superior, elitist, and better than everyone else. As an American traveling abroad, believe me, people have their opinions about who we are, what we’re about, and what we think of those who aren’t us. Often, it’s anything but beautiful.

In 60 seconds, Coca-Cola intentionally lifted the skirt of our cultural psyche to reveal a changing world.

The vulnerability is telling. The comforts of old securities no longer hold. Ironically, we needn’t travel far to experience the world outside ourselves. We are a nation whose people do not look like us, share all our values, nor talk like us all the time. And in 60 seconds, like a cornered animal, we exposed our fright, our ignorance, and our self-centeredness. Have we matured past the recognition and value of diversity? Must we see others as a threat to the way we like things and dismiss them as less than? I’m all for patriotism. Just not at the expense of others.

See also  7 Experiences Every Expat Has In South Korea

Not without their own faults, Coke has nevertheless put themselves in the spotlight in order to turn the spotlight on us. What will we do with our prejudices, our racism, our hatred? What is it that truly makes America beautiful?

Doesn’t it start with us?

Barely a week later, all eyes turn to Sochi, Russia for the Winter Olympic games: a worldwide celebration of our shared humanity in all her brilliant colors.

For a few weeks, we set aside the politics (mostly) to come together and build bridges with fellow sojourners on this earth. It is our commonality which brings us here. Our love of sport, of competition, of giving our all to a worthy goal. Every couple of years the world gathers together to demand the best of themselves, physically and otherwise.

And the effort is inspiring.

Sportsmanship is revered here. Bigotry, anger, and unkindness simply are not tolerated, upon penalty of disqualification. There is an atmosphere of camaraderie cultivated at the Olympics, a sort of we are the world understanding which reminds us what’s really important.

It’s awe-inspiring to watch athletes break world records and pull off astonishing feats, for sure. But the stories which capture our hearts and captivate our souls are the people who overcome.

The ones who fall, but get up and finish.

The ones who endure hardship, but follow their dream anyway.

The ones who hurt, but push past the pain.

The ones who weren’t suppose to be here and do that… and win.

These are the ones we root for, even if they’re not from our nation. For just a moment, we forget the language barrier and overlook the epidermis discrepancy to put ourselves in their corner, on their side, and in their shoes. Yeah, we still want our country to win, but as we watch our athletes supporting their fellow competitors, we mercifully find ourselves in a bigger story, a better humanity. A humanity united by more than the need to win.

United instead by the trials and efforts of fellow participants. People who sweat and bleed and love and lose and hope and grieve much like us. And if we open our eyes to it, there is no denying the truth.

They are just as valued, just as precious, just as beautiful as we are. 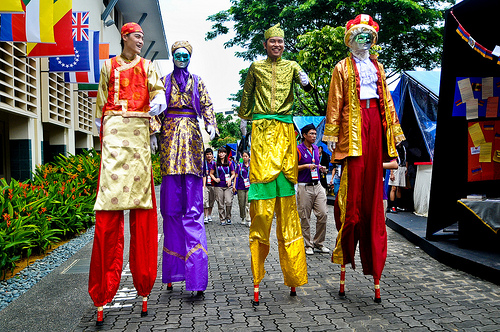 So how do we get from commercial outrage to united understanding? One step at a time. And maybe the first step for many of us needs to be outside of ourselves and into the lives of someone different, some place foreign. Whether that’s travel to third-world countries or to the neighborhood across town, our better selves are waiting there for us.

Travel is fatal to prejudice, bigotry, and narrow-mindedness, and many of our people need it sorely on these accounts. Broad, wholesome, charitable views of men and things cannot be acquired by vegetating in one little corner of the earth all one’s lifetime.

So said Mark Twain in The Innocents Abroad/Roughing It. And said well.

A global perspective is valuable real estate when it comes to the ways we view the world. It’s no secret we each operate from a paradigm, a certain understanding of what we’re here for and what this life is all about.

Some endure hardship to bring about peace because justice is how they see the world. Some seek after comfort and security because they hold a view centered on a different set of principles. Some were taught to work hard and not disappoint people. Some have vowed to care for the earth with every choice.

Wherever you fall on the spectrum, there is great value in recognizing your humble space in the bigger narrative. Only then can we escape from the prison of our own narcissism. If the world is about us, it’s far too easy to dismiss the other 99.9% who are not us. We get upset when the light shines on the reality of our own smallness. And things like our patriotic pride end up isolating more than embracing, harming more than helping. If we are not bringing peace, justice, and hope into the world, what are we bringing? And if the latter is the case, the tragedy is we miss out on the very best part of it all:

This story was never about us in the first place. It was about us experiencing the fullness of life through our love for one another.

A worldwide community. Created as diverse. Celebrated as beautiful.