The piercing gaze that she shot through her long bangs made its best attempt to pin me to the whiteboard behind me. With an overdramatic sigh, she sealed her disapproval of my request for her to move from her chair in the far corner. 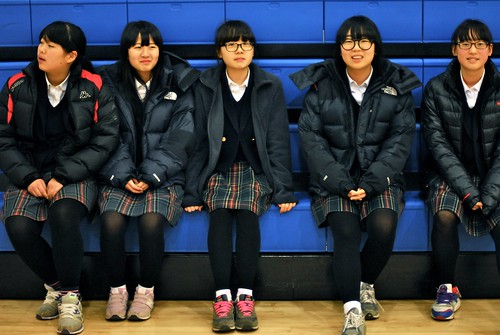 As she languidly got to her feet, I flatly asked, “Am I inconveniencing you?” Whether her silence was due to her recalcitrance or the unfamiliar vocabulary, I couldn’t tell, but I restated my original request.

“Please join your classmate up here.”

As she dragged her bag to the seat at the front of the class, she dropped her gaze to her new desk where it would remain for much of the class.

The attitude, the rebelliousness, and the constant pushback teachers get from their middle schoolers often leave them with a bitter taste of those classes. I, however, find these classes incredibly satisfying. Here’s why.

They challenge my resolve as a leader

When our students enter adolescence, they begin to find a perseverance that occasionally breaks the will of a teacher. Any victory on this front will embolden them further. This is no cause for alarm.

They harbor no ill will against their educators as people nor are they little demons opposed to all that is good in the world. They are simply tired. Especially here in the Korea, middle school students may be studying from dawn until dusk (and beyond).

Right at the time that they, as humans, are trying to define their identities in society, they must cope with the constant demands of teachers, coaches, tutors, and parents to trudge down an incredibly difficult and conforming path. They simply want to be teenagers for a while.

Unfortunately, just being a teenager without direction often does lead to undesirable situations. I have an obligation to start them on the path of education, and that requires a modicum of obedience in the classroom.

No matter how independent they think they are, they still have that desire to please their superiors, one that most of us will always have. I must ensure that this relationship remains visible. In my classroom, I have the final word, and my word is absolute.

While a discussion on leadership is far beyond the scope here, in order to maintain my authority in the classroom, I must maintain my resolve to enforce classroom policies and to demand attention.

While I sometimes would rather have them out playing games or doing a little bit of nothing instead of being in class, they are here, and an opportunity awaits. I have a chance to show these kids that there is more to school than memorizing facts and regurgitating information.

Here exists the possibility for creation, expression, and discovery. One of the great tragedies of modern education in many places around the world is the association of learning with drudgery. Learning should be one of the most exciting activities of any childhood. Click To Tweet

The discovery of the world is a magnificent thing. The process is not easy, but it is rewarding. By creating an atmosphere in which curiosity is prioritized and the objective is always learning, I can build an environment that stimulates instead of bores.

They challenge my knowledge and creativity as an educator

In middle school, students are just reaching the point at which they can truly grasp abstract subjects and critically challenge assertions. For the teacher who insists on omnisciently presenting information that they expect their students to accept at face value, this can be incredibly frustrating.

The frustration, I assure you, is on both ends. This ability to comprehend and challenge is the ultimate opportunity for true education.

At that point, teaching and learning take on vastly different roles. A teacher is no longer just a disseminator of information but a guide in the discovery of knowledge.

When it goes wrong

In one of my first middle school classes, I was asked to prepare a curriculum on argumentation and debate, a subject I had thoroughly enjoyed in high school and college.

I started with the fundamentals of logic and argument structure. I wanted to show them how we could, through a logical process, bring another person to understand our point of view.

It was an absolute failure. In trying to be a guide, I tried to get to the main objective of argumentation through questioning my students.

I asked, “Do you ever feel the need to prove to someone that you’re right?”

“No,” he finally answered tersely.

Before I had even begun, I was heading in the wrong direction. It wasn’t long before I was trying to draw a schematic of a five-paragraph essay for a class full of half-lidded eyes and blank stares.

It was painfully obvious that they were absorbing absolutely none of this. It was a subject I thought I knew inside and out, but I was completely at a loss as to how to communicate that knowledge.

I needed a way to get them personally invested in the subject. As Alex so clearly told me right from the beginning, he didn’t care.

When it goes right

In another class, we were working on short fiction. They were to read a short story that may have been above their level, but I was convinced I could get them through it. However, I needed to get them engaged first.

Instead of starting by reading the block text of foreign vocabulary, we began the unit with their own stories. I had them construct a short story on the first day of class. So rarely having an opportunity to produce their own work, they quickly got into the exercise.

The stories were short, but it was a place to start. I then used these stories to pull out protagonists, antagonists, themes, settings, and conflicts.

It was beautiful. The students were excited and engaged. They were passionate about their work and eager to answer my incessant questioning. To get them there, though, required me to know not only the material I was to teach them but a path to get them interested.

I had to put in an unusual amount of effort to review my knowledge of short fiction and create a lesson plan around student activity, but the satisfaction I felt as I left the classroom knowing that real learning had just occurred reminded me of the honor of being an educator.

Not every class since then has been another success. I have much to learn, but I am convinced that using the students’ own intellect, passion, and creativity is the best way to get them to learn.

As an educator, I am not just there to lead drills and correct homework. I am there to lead these children as they figure out how to think about the world around them. It is a delicate balance of asserting authority and allowing autonomy.

To return to my first moody teenager, she eventually did warm up as I genuinely considered her opinions and evaluation of the day’s material. She truly wanted to give an answer, but she had never been asked the right questions.

These kids want to be heard, and the classroom is a perfectly appropriate place for you, the teacher, to listen. Memorizing facts written on the board is not learning; uncovering truth is learning.

True learning comes through discovery, and my middle schoolers are figuring out how to use that ability. It’s an honor and a privilege to lead them through it.

Do you have any thought and feeling you wish to share about teaching this level? Let us know in a comment below.