Last week our South Korea expert Judith Villarreal gave us the first installment of this two part series. Find out the next 5 signs that your partner was an expat in Korea below.

In case you missed the first installment, check it out here!

5. She acted extremely shy on your first date

Korean women are basically the most adorable beings 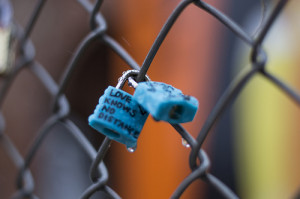 on the planet. From chubby little babies to gorgeous full-grown adults, no one can compare to the cuteness that is Korean girls. Somehow the fact that Korean women are incredibly shy (especially on dates) only amplifies the adorable effect times about one hundred. Despite lacking the natural gene that makes Korean girls adorable, expats can’t help but adopt little “cute traits” while living in Korea. Chances are your SO acted a little shy on your first date. Maybe she covered her mouth when she giggled, or maybe she blushed and refused every compliment you tried to give her. Whatever she did, it attested to her time in Korea – and it was damn adorable.

6. He plans thoughtful and detailed dates (and pays)

You never received a text from your SO asking, “Hey. Wanna meet 4 drinks tonite?” Thoughtless is definitely one thing your first date with your SO wasn’t. Dates in Korea – especially first dates – are taken seriously in the land of morning calm. You can count on these 3 things as inevitable when you go on a date with a boy who previously was an expat in Korea: he will plan a long and thoughtful date that typically includes dinner and dessert at two different restaurants; he will pay; and he will be 100% chivalrous. No “let’s go back to my place” talk at the end of the night. No going Dutch on the bill.

7. She didn’t make the first move to kiss you

After living in a country where gender roles are still very much defined, it might be possible that your girlfriend refused to make the first move. She didn’t ask you out nor did she try to kiss you first.

Of all the offenses to commit in a relationship while in Korea, forgetting an important date is the deadliest of all. It’s punishable by death…of your wallet because you’ll have so much making up to do with dates and gifts afterward. Anyone who lived in Korea now understands the importance of couple’s holidays. Chances are he has a special app on his phone to remind him when special dates are approaching. These apps are so popular in Korea that forgetting anniversaries, Valentine’s Day, White Day, or Peppero Day is now impossible.
Valentine’s day ideas in Korea? Look no further than here!

If you think she’s just going to stop celebrating all those extra fun couple’s holidays she learned about in Korea, then you might as well date someone else. Korea is a country obsessed with relationships, and as a result many new holidays have been created just so couples can revel in their love and show off to the world how adored they are. You better jump on Google and research all the new holidays you’ll have to celebrate with her and enter those dates in your new “Couple’s Holidays” app unless you wish to incur the wrath of your SO.

10. He/She is dependable, adventurous, and a wonderful partner

Above all, your SO is a wonderful partner. Their life abroad proves that they are dependable and will stick around even when things get tough. Nothing proves this more than the fact that they lived abroad despite missing the familiarity of home. They bring adventure and happiness into your life like no one else can.

If you’ve ever lived in Korea or dated an expat who lived in South Korea, do you find this list to be true? Are there any items that you can add to the list? Tell us in a comment below!