Culture Shock – What Shocks You About China?

Culture Shock – What Shocks You About China?

Today’s post is from Stephen Ayy, an ESL teacher who has recently arrived in China. For more information about Stephen, be sure to view his website details below.

We hope you enjoy it! 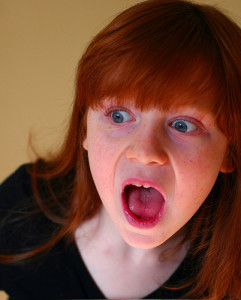 China is definitely high on the list of places where you will experience culture shock. When I visited Europe I wasn’t really shocked by much. Manners and language gave a very tight bond to what I had grown up with; English was everywhere, the food was familiar if not identical (spaghetti, pizzas, deli sandwiches) and my favorite logos and brands were on full display.

Even my trip to Mongolia didn’t shock me too much. The food and toilets were Western, the music was familiar even though it was mostly in a different language, and the club life seemed just like back home.

In a world where international travel and tourism is growing by the second, a Western mind seems to prevail no matter where you are. That said, China still shocks me from time to time.

Here are nine moments of culture shock I experienced in China when I first got here. Some of my friends have added their comments as well, some good, some bad and some ugly.

There is a popular Youtube video highlighting “things Chinese people are sick of hearing” and the last comment in the video is “This sure doesn’t seem like a Communist country.”

Once landing you see commerce on every square inch of every sidewalk. Socks and shoe salesman practically throw products at you, kind old ladies have carts selling nuts, seeds, fruit, vegetables, and sometimes even fish and meat.

Corner stores selling cigarettes, liquor, snacks, produce and other cooking essentials are so abundant they are practically on top of each other. There are bike repair trucks on almost every corner ready to practically build you a new bike for less than you initially paid for it.

I never have to walk more than one square block to find what I need.

Enough has been written about the cost of living in China but even after almost a year I do a little dance when my taxi ride comes up 2 RMB less than it did the day before.

Food, taxis, liquor, travel, little odd miscellaneous goods like playing cards and phone cases seem almost free compared to the West. The plane ticket may set you back a bit but the savings more than make up for it making China a must-see vacation spot.

Chinese food is expansive and diverse compared to back home. In the West, Chinese food is just your standard deep-fried meat, but with noodles and rice instead of bread.

The flavors are largely the same. Soy sauce is your biggest difference, but in China soy sauce isn’t even the go-to condiment on all the restaurant tables, vinegar is. The spiciness isn’t sweet, like most Mexican dishes, it is just a fiery burning sensation.

Tofu is a very common meal in dishes as well as raw and steamed vegetables. BBQ’s, Korean food and sushi are as common as pizza back home. Saving money on local food is ideal. There are so many vegetables and spices I’ve never seen. It makes every meal an adventure.

The Bad (or Maybe Just the OK)

Seeing numbers on television like 1.4 billion looks big, but you can’t appreciate how many people that really is until you get here. My first days out and about were spent cramped in the Beijing subway, pushed from side to side just walking down the street, and waiting 30 minutes in traffic for what could have been a 15-minute walk. This really opened my eyes to the number of people in China.

It also really brought home that China is the largest growing market in the world. Lots of people have iPhones and Samsung devices, but I see a lot of Coolpads as well. It is not uncommon for a brand you’ve never heard of to be one of the best sellers worldwide while only penetrating the Chinese market.

Cell phone service in China is not the best. 3G and 4G service are just now emerging and only in the big cities like Shanghai and Shenzhen. When you call someone using your China Unicom or China Mobile SIM card be prepared to wait 10+ seconds before any actual connection is made. Even after you connect and they answer there is a chance the connection will drop immediately.

Text messages will send when they feel like it. With all of this in mind its no wonder most Chinese just hog free WiFi (of which there is plenty) and stick to mobile messaging apps like WeChat and QQ.

I landed in Beijing and immediately noticed the Silent Hill-like haze in the air. Some days were so bad my eyes would sting: factories, a million cars, trucks and buses and nonstop construction lead to this wave of fog over growing cities.

Not all cities are like this and more technology and business driven cities like Shanghai aren’t as bad, but to the Chinese, the pollution is a sign of industry. While Westerners look on critically at the environmental impact, Chinese commentators will say they are just trying to catch up using the same practices the West used to get ahead in the first place.

Not every city is covered in street level clouds, but be prepared.

Much has been written about the “China Firewall” and the need for a VPN (Virtual Private Network) when traveling to China, especially for business. However, it is a situation that you can’t appreciate until you get there.

All of my Google utilities were off limits (including Youtube, Play Store, Gmail and Docs), Facebook and many image hosting sites as well as simple news outlets like The Wall Street Journal and the New York Times would come back with error messages.

I suggest everyone set up a paid VPN service (the free ones are very untrustworthy when it comes to protecting your data) before arriving because setting one up after getting here is a pain in itself.

You will have “stomach issues”

Chinese food is primarily cooked with oil, lots of oil, lots of dirty, reused oil – known as gutter oil. There are horror stories of street vendors fishing used oil out of sewer drains, which I believe, or just generally reusing it for months at a time.

See also  What You Didn't Know About Teaching Abroad

On one hand it gives the food this crazy, unhealthy flavor that you can’t resist but then after a few hours your stomach turns over violently a few times and you go racing for the throne. Throw in the spiciness that you’re not used to and it can make for an interesting first few weeks until you adjust to the new diet.

I had heard about it, and it is very common to see parents holding babies over trash cans while they do their business, but once I checked the bus schedule behind the platform and saw a woman in her 20s squatting down, doing her business.

That’s when I really knew I wasn’t in Ohio anymore. China is not that far removed from massive farming and agriculture, many families are only second generation city dwellers and so going to the bathroom outside is still common.

I have gone through warehouses picking up furniture and seen large piles of human waste everywhere, children (boys and girls) squat down in corners outside shopping malls while parents play on their phones. Stairwells are not pleasant to smell.

I still think the good outweigh the bad and The Middle Kingdom has more than enough to offer everyone. I think we all know the bad memories are the ones that stick out. I never let one stinky stairwell cloud my memories of my first hot pot meal.

Written by Steven Ayy. In 2014 Steven moved to Northern China to pursue a career teaching. He runs The Culture Bum Website where he chronicles his travels and teaching experiences in blogs posts, videos and podcasts.