The best kind of teachers are the ones that can recognize their mistakes and grow from them. After all, teaching is a huge learning curve, even the most experienced teacher can be presented with a new situation in which to grow from. 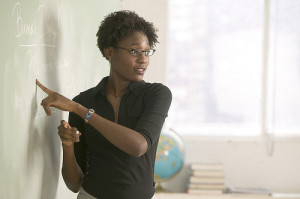 Getting feedback from students is the best way to see where you are going wrong, but gaining that feedback isn’t always easy especially in a country like South Korea where challenging authority is often culturally inappropriate.

I have a bad habit. Whenever my mind starts to get restless or bored, my hand instantly digs into my pocket and whips out my magical “iPortal” into the world of instant gratification and simple-minded entertainment.

Recently, this bad habit has crept into the classroom. Even in the middle of a lecture, I have found myself looking down at my phone’s wallpaper, devoid of notifications or any legitimate reason for my attention to be focused there.

Usually, I can play it off as checking the time or silencing an incoming call, but when my adult students are engaged in conversation, my distraction can take me a bit further.

Here in Korea, everyone has their phone on their desks or in their hands, so I don’t look horribly out of place, but responding to frivolous text messages while I’m supposed to be teaching a class is completely unacceptable regardless of the culture.

Last week, four of my students threatened to drop the class and leave the institute because of my attention to my smartphone over my students. It was rather surprising because I had believed that all of these ladies had been enjoying my class.

They were always engaged, generally laughed at my jokes, and appeared to be satisfied when leaving the class each evening. The most surprising (and frustrating) part was that I got the information of the complaint third hand.

See also  My Most Proudest Classroom Moment? Gaining A PA

None of them confronted me or made any intimation that my behavior had been unsatisfactory. Instead, they complained vociferously to the secretary at the front desk, who then told my director, who then called me for a meeting.

He noted in our meeting that when the ladies were asked to fill out feedback forms, none of them mentioned any of the issues they had allegedly complained of last week.

At this point, I am tempted to make a hasty generalization about the hierarchical nature of Korean culture and the inability of subordinates to confront their superiors, something that sets them apart from the West. While the influence may certainly be more palpable here, I believe that focusing on these differences leads to dangerous assumptions about our students.

When I think back to my time in university in the United States, there was always that one student who constantly questioned the teacher. In many organizations, there’s always that one guy who thinks he knows more than the boss and isn’t afraid to challenge their authority.

However, those people are the small minority. The rest of us tend to just go along with the program even if we think the teacher/instructor/leader could be doing a better job. Things here are much the same way.

The biggest difference I have noticed is the rarity of that one bold upstart. Korean culture is highly conformist, and following the example or command of superiors is of the utmost importance.

There are historical roots in their Confucian past, which stresses the importance of hierarchical relationships, but students are no less perceptive of problems in the classroom. The difference is that the leadership in the class that entices the students to give such feedback often needs to come from you.

Leadership, however, is not just asking, “What can I do better?” Put yourself in their shoes, and imagine how difficult it would be to explain in a respectful manner how your teacher could teach you better, and do it all in a foreign language.

It’s far easier just to say things are going alright. I’ll give an example of a very productive discussion I recently had with a class.

Shortly after learning of the incident with the four ladies, I explained the situation to another class of students (respecting anonymity). This led into a discussion about whether or not students in Korea are too afraid to confront their teachers.

As the discussion proceeded, it became obvious that at least one of these students was not afraid. He just hadn’t found the right opportunity to tell me what he didn’t like. He thought the way I was leading textbook drills was too easy because I was letting them simply read the responses from the book.

Once we identified the issue, I and the other students started offering solutions. Within a few minutes, we determined that in the future, I should take the prescribed responses off the presentation slides, and force them to recall the answers (which they should have studied before class).

As I presented ideas and examples, other students became emboldened and offered their opinions. The result was a new understanding of what the students believe really helps them learn that I can apply across all of my classes. All it took was starting a discussion (something I do every day) and giving them the opportunity to share their opinions.

The most important part of this process, though, is the final step: act on the advice. From the next day, I edited my presentation slides and altered the way I ran the drills to fit the methods we had discussed.

During the ensuing classes, not only could I see that I was challenging them much more, but they seemed far more comfortable in the class. Though we had spent five weeks together before our discussion, they were more talkative and relaxed than they had been during any of that time.

As a teacher, you are not only a disseminator of knowledge, you are a leader. Leadership is more than just telling people what to do; it is enabling them to achieve their individual goals and your collective goals in an optimal way.

In education, that requires creating an atmosphere conducive to learning. It is one in which the students believe that their needs are being met and that their teacher truly cares about them. I trust that you became a teacher because you do care; the best way to show it is to listen to your students and act on what you have heard.

Though you may not always have the chatty rebel in your class (though I have certainly had a few), you can still get feedback from your students. You must fulfill your role as a leader though. You must be the one to initiate the conversation and make it easy for them to verbalize their concerns.

Show your students that you care what they think, build a positive relationship with them, and recognize that in a classroom, the students are not the only ones learning.