5 Terrifying Monsters And Myths From Asia

5 Terrifying Monsters And Myths From Asia

Monster and horror lovers, rejoice. This article is dedicated to all of the gory goodness that comes with a creepy urban legend, and each one of these monsters and myths come from straight out of Asia. 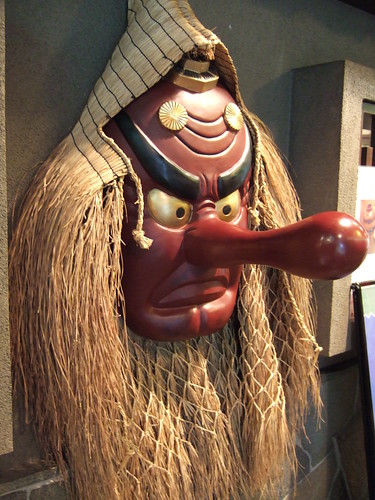 I’ll admit that I really dropped the ball as a self-proclaimed horror fanatic. Before beginning this article, the only Asian horror stories I knew of were the American remakes of The Grudge and The Ring. Now, I’m much the wiser from my research – or wikimonster search, as I like to call it.

Here’s a fair warning to any sissies who cover their eyes during horror movies, fear Chucky, or sleep with a nightlight: click the ‘x’ tab because this article isn’t for you, you pansy.

A Tengu is a demon or evil spirit that has many birdlike features mixed with human ones. Tengu is depicted with a prominent nose and a red face that is constantly scowling.

Tengu were thought to be the enemies of Buddhists and in some stories would possess women in an attempt to seduce monks and lead them astray. (Naughty little things, aren’t they?)

2. Aswang in the Philippines

With mentions of the Aswang dating as far back as the 16th century during Spanish colonization, this monster is well known throughout the Philippines. An Aswang is a sort of cross between a vampire and a witch – bonus; it can shape shift, even to appear as a normal person.

Unlike a vampire, an Aswang doesn’t die in the sunlight, but it does lose its inhumane strength during the day. If you happen to live next to an Aswang, don’t fret; they never harm their neighbors.

Just to be on the safe side, though, you can kill an Aswang by spraying it with holy water, decapitating it, or by whipping it with stingray tails.

This abomination lurks in the waters of the Cheonji (or Heaven Lake), which is on the border of China and North Korea. There have been documented sightings of the monster since 1903 when the monster allegedly surfaced on shore to attack 3 people.

During this attack, the victims described the monster as a buffalo looking creature. After it was shot 6 times, the monster retreated back to its murky home.

4. The Manananggal in the Philippines

Ah, the country of the Philippines really knows how to make a tourist squirm with their monsters and horror stories. I’m starting to think these were all made up in an effort to keep foreigners off its pristine beaches.

The Manananggal is one of the more fearsome creatures lurking on the various islands. This bloodsucking witch, unlike the Aswang, definitely loves to eat people.

It looks like a woman with large bat wings, and when it gets a hankering for some delicious human flesh, the witch simply detaches its upper torso from its lower limbs to fly away and look for food. I’m sorry, but isn’t that the most terrifying thing you’ve ever heard?

Imagine walking on the beach and spotting the waist and legs of a woman in the sand. You think that’s the worst part of it, but then in the distance you see the upper torso of a woman with bat wings flying at you while screaming for blood. Yeah, my trips to the Philippines are over.

See also  7 Tips For Traveling With Your BFF

This fairly new monster showed up on the scene in 2001. The Indian capital was in an uproar when reports began flooding in of a 4 foot tall, hairy man with long metal claws, glowing red eyes, and a metal helmet.

People became so frightened of the Monkey Man that 2 people even leapt to their deaths from a rooftop and stairwell because they thought the Monkey Man was attacking them.

Despite issuing out artist depictions of the Monkey Man to the public, the police were unable to capture the monster.

Now that we’re all good and spooked, let’s stop here, because I’m turning into a pansy and will probably sleep with a light on tonight. What Asian myths and monsters do you know? Share your spooky stories with other travelers in a comment below!