This past July I took my ten-day vacation while my kiddos were out of school. I got an extremely cheap ticket to Japan (score!), and I was so excited to explore. I knew I couldn’t leave Korea without visiting this incredible neighboring country. 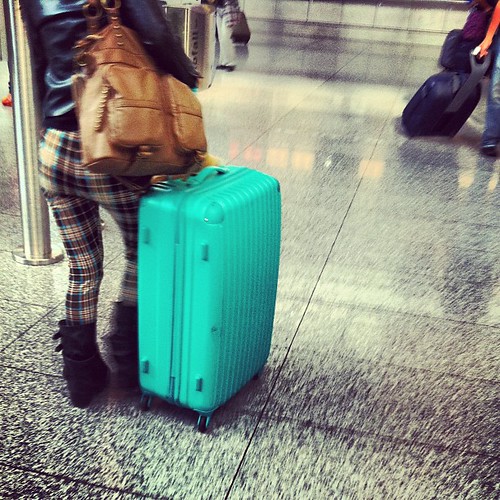 It had been about 10 months since I’d arrived in Daegu, South Korea and I hadn’t left the country since. It’s funny how over time you can change without even knowing it.

I went to Japan expecting to have a pretty great vacation (because come on, it’s Japan), but I wasn’t really planning on coming back with a whole list of new lessons learned.

As it turns out, there aren’t many travel experiences I’ve had that haven’t opened my eyes in some way. The most important thing I learned about going to Japan is, ironically, how much I’ve learned from living abroad in Korea.

1. My confidence has doubled

I’m able to haggle without feeling embarrassed (in places where that’s socially acceptable), ask for directions from strangers, I can go somewhere new without thinking too much about it and meeting new people is a cinch. Click To Tweet

I’ve gotten comfortable with my life in Daegu, so the small changes I’ve made in my demeanor, attitude, and reactions have gone unnoticed by me. I was, astoundingly, not nervous about trying to speak Japanese or fumble around with foreign currency.

A year ago I would have apologized for my lack of understanding, now I just embrace it. I’ve gotten used to being the odd one out and not always knowing what’s going on.

In fact, it used to be one of my biggest struggles, but you know what? Now it’s ones of my favorite things about traveling. I love being outside of my element.

2. I’ve learned that language is not about words.

That’s kind of a funny statement to make, isn’t it? It’s especially odd for an English teacher. The thing is, though, that even from teaching English I’ve grown to speak less and show more to overcome the language barrier.

I want my students to know vocabulary, of course, but I also want them to understand the bigger picture. Coincidentally, this is one of the biggest things that helped me navigate Japan.

For example, there was a day in Osaka when my friend and I were very lost. A man walked by and noticed us struggling, so he stopped to help. He pointed to the map in my hand, signaling for me to show him my desired destination. Speaking only in Japanese, he gave me directions, and they were clear as day.

I mean, seriously, I knew exactly where to go! That’s pretty crazy. It was all about communication, not words.

You know when you haven’t had a vacation for a while and you start to get a little antsy? I was feeling that way before heading to Japan. I really wanted out of Korea.

See also  Sports in South Korea - How You Can Get Involved

I love Korean food. I eat it all the time (since you know, I’m in Korea and everything). It’s amazing and exploding with flavors, but a year ago I didn’t exactly feel that way. Now I can’t imagine going back to the United States and not incorporating Korean food into my diet.

When I was in Japan I wasn’t nervous to try something I might not like. Let me add some context to this revelation – I’m an extremely adventurous eater. I’ve tried gator bites in Florida, raw tuna freshly filleted before my eyes, and even swallowed down a rocky mountain oyster.

Korean food on a daily basis (which is a whole other story!) was hard to get used to. It’s completely changed my flavor preferences, though. Now I realize that I might not love something right away but it could possibly grow on me.

Sometimes those acquired tastes turn out to be the best things ever to grace your taste buds. Now if only I can get my Korean friends to eat cilantro!

Can you relate to any of these feelings after living abroad? Or are you looking forward to how living abroad can change you? Leave us a comment!