Apart from the beautiful Korean culture, amazing food, and kind people, the collective majority of expats stick around teaching in Korea longer than a year because the cost of living is incredibly low. Saving money while living in Korea is easy and doesn’t really require much effort.

The top 5 reasons that make living in Korea so cheap will convince you to sell your belongings, pack a suitcase, and move to South Korea. Just don’t forget to use Reach To Teach as a recruiter to land a job through EPIK first. Having a job is pretty vital to this whole scenario. Ok, enough of my lame jokes. On to number one. 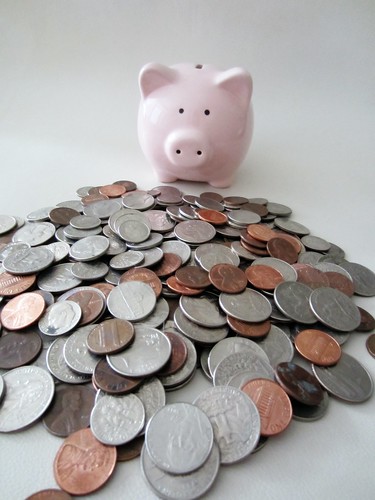 The best part about teaching in Korea, in my opinion, is living rent free. That’s right, FREE. No reason to cry on the first of every month as you sign half of your paycheck away to pay for rent because in Korea your school will pay for your apartment. Remember, the apartments in Korea are a gamble and your school will do their best to make sure you’re comfortable, but keep in mind that Korea is an overpopulated country with a modest amount of land.

While you might be forced to make some mental adjustments when you see the size of your average Korean apartment, try to focus on the positive aspects of your situation. You won’t have to pay for your new pad, and maybe the smaller size will force you outside in the real world more often. After all, you’re not uprooting your life to Korea just to hole up in your living quarters. You’re moving to Korea to experience and enjoy life. Smaller, rent free apartments mean more money in your pocket and more adventures outside.

Another wonderful fact about moving to Korea is how inexpensive bills are here. I’ve been here for a brutally humid summer and a face numbing winter, but the most I’ve ever paid on an electric bill is close to $50.00USD, which is mere pennies compared to the exorbitant amounts I was shoveling out in Texas during the hot summers. Gas bills are even cheaper than the already insanely low electric bills. Expect to pay under $15.00USD a month. Unless you’re as OCD about washing laundry as I am, it’s possible to pay as little as $7.00USD a month for gas.

The only bill that could put a pretty decent dent in your account every month is your phone bill, but that is completely up to you. If you choose to purchase a simple cellphone in Korea with a cheap data plan, it’s easy to save here as well. However, if you, not unlike yours truly, just needs to have an apple phone with a ridiculous amount of data to constantly be in contact with your family and friends on the other side of the world, then you’ll have to suck it up and loosen that tight grip on your wallet. Just to give you an example of the more expensive end of the phone cost spectrum, I myself have an iPhone 5 with a limited data plan on which I pay close to $100.00USD monthly. Expensive phone bill or not, the total amount you will pay on these necessities is dirt cheap any which you way you slice these bills.

3. You Can Eat Out Without Breaking Your Piggy Bank

Most Korean food restaurants are inexpensive, so indulging in nights away from your kitchen won’t hurt your wallet. From street food to Korean BBQ restaurants, it’s easy to grab a dinner for a couple dollars worth and still walk away with a full, satisfied belly. Street foods like fish cakes and spicy rice cake dishes can usually fill you up for around $2.00USD. An actual sit down BBQ restaurant might run a bit pricier because it will come with meat and tons of side dishes (and, more often than not, some sort of alcohol libations).

Hole in the wall BBQ joints can usually be enjoyed for less than $10.00USD per person. This “Eating Out Cheap” rule only applies to hole in the wall KOREAN restaurants. If you’re feeling a little homesick and have to head to a western bar for a dark ale and cheeseburger, you need to be willing to shell out a few more dollars. I’d say on average a single cheeseburger at a real restaurant will cost $10.00 USD or more depending on what area of town you’re visiting. If you’d like a taste of home but still want to save money, western fast food chains are becoming abundant in the larger cities of Korea like Seoul and Daejeon. In these fast paced cities, you can have your pick of McDonald’s, Subway, Burger King, or Taco Bell.

By fun, I mean alcohol. If you don’t partake in the poison, go ahead and skip on down to number five. If you do, however, enjoy sipping the naughty water, then rejoice because Korea’s alcohol is cheap and it gets the job done. Pick up a bottle of Korean beer, soju, or makgeoli at a convenience store which will cost you less than a liter of water will. Just as the eating out rule applies to Korean restaurants, this drinking rule does too.

Korean alcohol is cheap and plentiful, but if you need to spoil your palate with premium alcohol, be ready to pay those high, cringe inducing import prices. However, if all you’re looking for is some liquid courage when you hit the Korean night clubs, Korean alcohol will do the trick without causing you to experience any morning after regrets…when you check your wallet anyway.

See also   What Is A Buxiban?

5. Shop Til You Drop 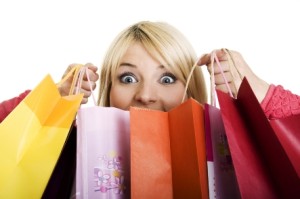 Here we are, down to the last reason on our list. I’m sure you hardly even need to hear it since you’re already convinced you should move to Korea, but since I promised 5 reasons I’ll still let you in on it. Korean clothes, shoes, and material goods are adorable and insanely affordable. I’ve come to think of Korea as a country-sized Forever 21. There are hundreds of shopping markets, malls, and thrift stores here in Korea. Some markets will force you to haggle, but even the stores that have set prices are so cheap.

Keep in mind that you do get what you pay for. I can’t tell you how many cute pairs of shoes I’ve purchased for $20.00USD that fell apart after a month or two of use. I’ve cried over beautiful dresses that were only shown off to the world once because they shrunk three sizes after I washed them. So go ahead and have your shopping sprees in the cheap markets since they won’t drain your bank account, but remember when it comes to important items like bras and shoes, you should always go with quality over quantity.

After living in this country for 7 months, I’ve been able to pay off school loans and send money back home to hide away in a savings account. Most expats here are able to save money living in Korea, which you’ll soon find out when you move here after reading this list. If you’re an expat already living in Korea, what aspect of the cost of living in Korea do you love best? Tell us in a comment below!