Housing in South Korea is easy! As an English teacher your school is required by law to provide housing for you on top of your monthly salary. However, you may have to pay some form of key money as a deposit (though this is not normal). This varies from place to place but you should expect to pay between 200,000 and 500,000 won.

The Koreans have an unusual system when it comes to renting apartments where ‘renting’ in the traditional sense is often not an option. Instead tenants pay a large deposit of between 50 to 200 million won. After this huge sum of money is paid no further monthly rent is required and after a period of two years the money is returned.

It is understood that most foreign English teachers would be unable to come up with such huge sums of money, which is why schools are required by law to provide housing for their teachers. 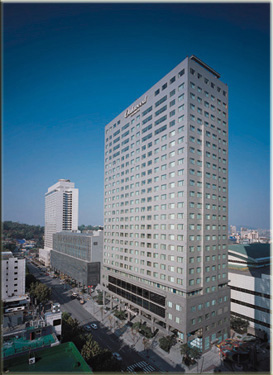 Unlike apartments in the U.S. or other countries, tenants buy apartments in Korea (although they can rent them out to others after they take possession). Usually taller than 5 floors, apartment complexes often contain several apartment buildings. Larger complexes even have their own supermarkets, tennis courts, sports centers, playgrounds, and underground parking structures. A management office takes care of maintenance and security for the apartments.

Most Koreans prefer apartments to houses or villas because of the convenience associated with apartment life. Schools, supermarkets, video stores, and businesses offering almost every other daily need are usually located within a short walking distance. Having central maintenance also means not having to hire an external plumber or electrician for minor problems.

Apartments usually have some form of centralized heating. However, be careful of older buildings which might have little control over the amount of heat coming into the apartment, with heating turned on or off for the entire building at one time. Newer buildings allow more control for heating individual apartments.

Studio apartments are very popular and common housing option throughout South Korea. They usually consist of one large area that serves as the bedroom, kitchen, and living room and probably offer the most cost efficient option to have your own individual living space.

Individual houses also exist to rent and buy that offer their own benefits by allowing families to build their home according to their own tastes. Most houses have a gate and a garden and many have a parking area for cars. Houses for English teachers tend to be impractical unless you share the increased size with a number of roommates.

You can expect to pay approximately 70,000 won per month for electricity, water, TV and gas although this can vary depending on your lifestyle. Internet connections in South Korea are very fast and reliable and will set you back another 30,000 won.

Unless an arrangement is specifically made with the owner (very rare), rental agreements do not include utilities. Some bills for utilities lag a month or more behind actual usage. The previous resident or owner is responsible for paying any utilities used during their rental period. For bills that overlap (for example, you lived in the residence during the last 2 weeks of the billing period), the owner should pro-rate the amount. (Note that when you move out, the owner will expect some money to cover the final utility bills of your contract period.)

In the case of an owner renting out parts of the house, most utility bills include usage for the entire house, so the owner will divide the amount among all the tenants. Make sure that the terms of the division are clearly spelled out in the housing contract.

Utility bills can be paid at most banks or post offices. (However, certain bills, especially maintenance fees for apartment complexes, may have restrictions on which banks can be used.) Failure to pay by the due date results in a late fee (usually 2%) that must also be paid with the bill. The cashier at the bank or post office will stamp your bills as paid and give you a receipt. It is a good idea to save the receipts as proof that the bill was paid. 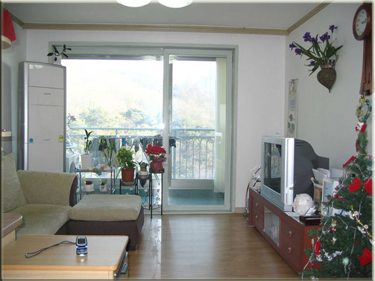 Many bills can be setup to be automatically paid from your bank account each month, saving a trip to the bank to pay in person. After setting up the automatic payment, verify well before the due date that the bill was actually paid correctly.

Most buildings use 220 volts, although some older houses may have both 220 and 110. Korean 220 plugs have 2 round prongs, and 110 plugs have 2 flat prongs (no 3rd prong for ground). Transformers for converting power between 220 and 110 can be found at most electronics stores. Most rooms have very few power outlets (1 or 2 sets of 2 outlets in newer buildings, some older ones with only 1 outlet per room). The circuit breaker is normally located near the front door. Billed monthly, the electricity bill also includes a monthly TV fee of 2,500 won.

Usually billed every 2 months, general water usage is charged according to the type of user (residential or commercial). Although certified as safe for drinking by the government, many people still prefer to boil water before drinking it. Residents can also buy bottled drinking or mineral water at the local store or supermarket or have it delivered. The city water company hotline phone number is 121.

Residents in apartments or villas with a management office will receive a monthly bill for maintenance fees. Some apartments include some utilities in the main bill while others separate them. These fees include the salaries (guards and maintenance workers), shared utilities (electricity for elevators and lighting), and maintenance and repair fees.

Bansanghoe is the name of a meeting to improve the neighborhood by promoting good relations among neighbors. It comes from Korea’s tradition of caring about ones neighbors and surrounding area. Meetings are unofficial, although all residents are encouraged to participate. Some meeting organizers will charge a small fee (a few thousand won) to buy snacks and drinks for attendees.

In some apartment complexes, the residents in each apartment block may collect a few thousand won from each tenant to buy a small present for the guards to show their appreciation. This usually occurs around major holidays (such as the Lunar New Year (Seolnal) and Chuseok. 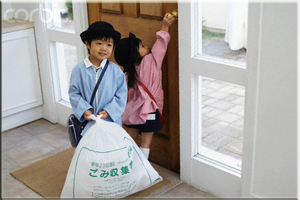 To preserve a clean and natural environment, waste management is very important. The government has been pushing hard for recycling and separating different garbage types. Residences and business are also charged according to the amount of waste they produce. Thoroughly separate different types of waste and place in the appropriate containers.

Recyclable Materials Bag Bags should be left in designated areas for scheduled collection leave between 20:00 – 7:00 before the scheduled pickup. (Apartment buildings and villas generally have dumpsters.) Recyclable materials are separated into 5 groups: paper, plastic, glass, and metal. Apartment buildings usually have separate containers for each type. Other areas may have specifically marked containers or bags. Items should be cleaned of foreign materials and compressed as much as possible before placing in the containers.

Food-related refuge must be placed in specially marked containers after removing as much moisture as possible. Make sure that the lids are tightly secured after placing refuge in the containers.

Large items (refrigerators, furniture, electronics) being disposed require special handling. Before disposal, contact the sanitation division of your local dong office (Dong Samuso) for a special form. Pay the required fee at a bank or post office, and then attach the form to the article. Items without paid forms will not be accepted for disposal.