Writer Liane Nichols Writes About Speaking the Language (or not)

Non-verbal communication is a pretty standard idea.  We communicate so much more not by saying it, but by showing it.  It makes sense that when you travel the world, you start to recognize the true beauty of the non-verbal. 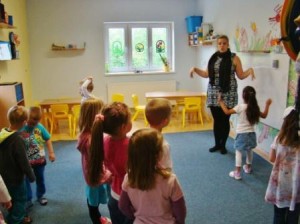 I’ve been traveling for roughly two years now.  I started in a well known country named Thailand, where I began my current career of teaching English.  During my one week long orientation, I spent many hours taking language lessons that would prepare me for the rest of my time there.

When I was driven off to my new school in the village of Wang Chan, I had learned your basic “Hello”, “How are you?”, “What is your name?”, and the numbers 1-10.  You can never underestimate the usefulness of just a few phrases. Luckily, Thailand is the Land of Smiles, and even when you’re saying something completely wrong, you get a friendly smile of encouragement to keep you from feeling defeated.

Many people ask how I could possibly teach English to a group of students when I don’t know their language.  Honestly, at first it can be a challenge, but once you get started, you adjust to your surroundings and work with what you’re given.  I’ve had students that knew everything I threw at them, while others stared at me blankly.  This is when the non-verbal comes into play.

People have all kinds of different learning styles, and when your lesson just isn’t sinking into a student’s brain, you have to recognize this and adjust. Read the confusion, recognize when a nod of the head doesn’t mean they understand in the slightest, and notice when they’re bored (which I don’t think most students really hide that well to begin with!).  Try a  new game, a new approach, or just draw a better picture (literally).  When your lions look like pigs, find someone who can make a better one!

I wouldn’t say exactly that my non-verbal skills have been improved by teaching abroad.  There are plenty of times when a student wants to tell me something that appears to be incredibly important and life threatening, only to have a co-teacher translate to me that he/she just ate a grape and it was delicious, or that a cloud looks just like his/her dog.

More times than not, I just nod my head and say “uh-huh”.  This hasn’t always been the greatest idea.  Only recently I understood a child saying the word toilet, which I assumed meant they wanted to go inside the school and use the toilet.  I pointed back to the door and said “Yes, toilet, go”.  I looked away for a second, but when I returned my sight to the boy, he had pulled down his pants and was relieving himself on the tree next to me.

Many people who are new to traveling or living abroad can be scared of the “How do I communicate” question.  What if they need something from the store and just can’t communicate just what it is exactly? What if they need to get somewhere and they can’t find someone to help?  What if a kid pees on a tree next to you?   All I can say is this: 1. Be okay with not getting exactly what you were after.  2. Be okay with getting lost – it’s probably only temporary.  3. There are worse things than having a kid use a tree next to you as a toilet.

Liane is an independent foreign English teacher and travel writer.  She graduated from Texas State University in 2010 with a B.A in International Relations.  During college, Liane interned with the U.S. Department of State, Foreign Service Institute, and volunteered as President of the International Studies Club and Sigma Iota Rho Honors Fraternity.  Since then, she has been fulfilling her dream of traveling the world by teaching English in Thailand, Georgia, and the Czech Republic.  Follow her experiences by visiting her blog at Nicholsaway.blogspot.com, where you can find posts about her time in the hot baths of Georgia  or what it’s like buying groceries abroad.