Many teachers ask us whether Taiwan is really an independent country or a part of China. They wonder if Taiwan is in a similar situation to that of Hong Kong and Macau, under China’s “One Country Two Systems” policy. By all measurable standards, Taiwan functions as a fully independent country and a mature democracy. However, according to most Mainland Chinese, Taiwan is and always will be a part of China. Either way, there is no simple answer to the question, “Is Taiwan fully independent”. Taiwan’s situation is unique, complex and requires a in depth understanding of its history, both political and cultural. 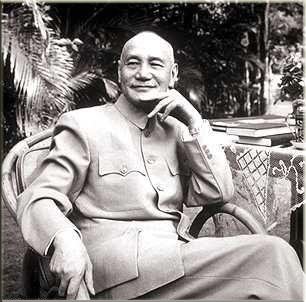 In addressing the questions of Taiwanese sovereignty, it would be best to start in 1945 China.

On October 25, 1945, Republic of China (ROC) troops representing the Allied Command accepted the formal surrender of Japanese military forces. This ended 50 years of Japanese occupation of Taiwan. Chang Kai-Shek led the ROC administration and announced that this day was to be remembered as “Taiwan Restoration Day”. Shortly afterward the United Nations put China in control of the administration of Taiwan. The ROC left administration in place under the leadership of Chen Yi. Unfortunately corruption and a number of other influences culminated in a loss of popular support for the ROC administration leading to civil unrest and an major uprising on Feb 28, 1947 (Because of the date this has become commonly known as the “228” incident). The Chinese government sent over troops on March 7, 1947 and over a three day period anyone seen on the street was shot, homes were broken into and occupants killed.

The times following the 228 Incident were terrible. Martial law was imposed from March 7, 1947 to 1987. During this time, technically nothing political could be talked about. No complaints could be made. People were unceremoniously and indiscriminately killed or beaten, and many had property or land expropriated.

In late 1949, as a result of the Communist Revolution and a protracted civil war, Chiang-Kai Shek and the Nationalists (KMT) were forced to flee the mainland. Because of obvious geographical advantages, the KMT chose to flee to Taiwan in order to reassemble and continue their battle with the Communists. For a wide variety of reasons, this continuation of the long civil war never materialized in a significant way. Chiang Kai-Shek ruled Taiwan as President of the KMT from 1950 until his death in 1975 when his son, Chiang Ching-Guo ascended to the position.

In 1987, martial law was lifted by the government, and a series of political reforms were launched in order to expand the democratic process. Eventually, Taiwan held their first direct presidential election in 1996.

In 2000, the presidential election ended five decades of government under the KMT and power was peacefully transferred from the Nationalist (KMT) to the Democratic Progressive Party (DPP). Taiwan has thus established itself as a powerful working model for democracy. 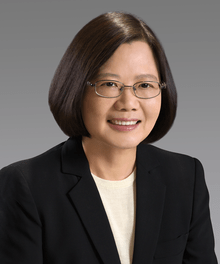 The current President of Taiwan is Tsai Ing-Wen, was elected in 2016.

On Feb 28, 2004, in commemoration of the 228 incident, Taiwanese people formed a human line 500 kilometers long from the northern tip of Taiwan (Keelung) to it’s southern tip. This was done in an effort to bring light to their oppression and to call for peace and to protest China.

Taiwan has a competitive and dynamic free-market economy which has brought all levels of society unprecedented prosperity. Taiwan joined the WTO in 2002, thereby becoming an official partner in the world trading system. The government is now promoting industrial modernization and a knowledge based economy.

In 2004, President Chen Shui-bian was re-elected by a narrow margin following a questionable assassination attempt on him mere hours before the election. Chen Shui-bian promised to forge closer relations with China and leave the volatile issue of Taiwan’s sovereignty off the political reform agenda.

Pre-1600’s – Originally, Taiwan was settled by people of Malay-Polynesian descent, who initially inhabited the low-lying coastal plains. They called their island Pakan. The Han Chinese began arriving in the 1200’s but there is very little information to say how many came. It is guessed that there were very few until the 1600’s.

1544 – Portuguese wave as they pass. Jan Huygen van Linschoten, a Dutch navigator on a Portuguese ship, exclaimed “Ilha Formosa” meaning “Beautiful island”, which became its name for the next four centuries.

1624 – Dutch arrived and established a colony. During the subsequent settlement by the Dutch and the waves of settlers from China, the aborigines retreated to the hills and mountains, and became the “mountain people.”

On a narrow peninsula on the Southwestern coast of the island, the Dutch established a fortress named “Zeelandia”, after the Dutch province of Zeeland. The peninsula was called Taoyuan, meaning “terrace bay”. This later evolved into Taiwan, and came to be the name for the whole island.

The Dutch brought in Chinese laborers as migrant workers for the sugar plantations and rice fields. They usually came for a few years (without family) and then returned to China. Eventually, more settled and married aboriginal wives establishing a more permanent Chinese community

1662 – Dutch were defeated and expelled from Taiwan by a Chinese pirate, Cheng Cheng-kung (Koxinga), a loyalist of the old Ming dynasty. This lead to the Chinese occupation of the entire island by Ming Dynasty outcasts who hoped to use it as a base to regain power from the Qing Dynasty.

1683 – Qing Dynasty formally annexed Taiwan. This could have been a move from the Qing to get rid of the remaining Ming loyalists or perhaps to out maneuver Japan who are thought to be trying to position themselves on the island.

1871 – Japan ship crashes off the southern tip of Taiwan. This incident is important for what happened as a result. When the ship crashed, the entire crew of 54 were killed by Paiwan aborigines. Japan asked for compensation from China which refused saying the aborigines were outside of their jurisdiction.

1874 – Japan sends troops to invade Taiwan but are driven back and fail.

1887 – The Qing government makes Taiwan an official province and name Taipei the capital.

1894 – Japan invades again and this time are successful in driving the Chinese administration out. The new Japanese rulers gave Chinese people wishing to remain Chinese 2 years to get out or all property and rights would be expropriated.

The Japanese occupation was harsh but at least not corrupt. The educational system was built to the same standard as in Japan, and infrastructure, trains, roads, industry etc. were all developed extensively.

1945 – WWII ended and the United Nations gave temporary administrative control to the Republic of China.

1949 – Chiang Kai-shek and the Republic of China lost the civil war to the Communists and consequently fled to Taiwan. During this time many of the most influential people from the Kuomintang (KMT) came over to Taiwan and with them brought many great Chinese treasures that they did not wish to leave behind.

Chiang Kai-shek and the Republic of China lose the civil war to the Communists and consequently flee to Taiwan. During this time many of the most influential people from the Kuomintang (KMT) came over to Taiwan and with them brought many great Chinese treasures that they did not wish to leave behind. 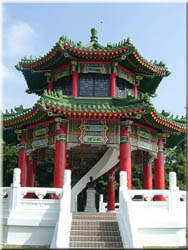 1951 – The Allied Powers and Japan formally concluded World War II under The San Francisco Peace Treaty. This was important for Taiwan because during the signing of this treaty Japan formally gave up sovereignty over Taiwan. However, it was not immediately determined who was the beneficiary. It was concluded that “…the future status of Taiwan will be decided in accord with the purposes and principles of the Charter of the United Nations.”

1979 – The movement begins to end martial law. The tangwai (“outside-the-party”) democratic opposition started to question the KMT’s anachronistic claim to represent all of China, and began to work towards ending the 40-years’ old martial law. In September 1986, this movement culminated in the formation of the Democratic Progressive Party (DPP), which then began its growth into a full-fledged opposition party.

1987 – Martial Law was finally dropped but replaced by a less-stringent National Security Law.

1991 – The KMT officially recognize that they do not rule China. The aging Nationalist Chinese legislators in Taiwan, elected on the mainland in 1947, were sent into retirement. Since then the island has made major strides in the direction of a fully democratic political system.

1992 – President Lee Teng-hui reforms the National Security Law, which continued to restrict freedom on the island.
Lee gradually started to restructure the anachronistic system brought over by the Kuomintang from China in the late 1940s. He pushed through reforms which abolished the Legislative Yuan and National Assembly seats still held by aging representatives since their election in China in 1947. Thus in 1991-92, Taiwan saw its first direct elections of all legislators.

1996 – Lee Teng-hui officially becomes the President, marking the first time in history the Taiwanese were able to directly elect their President. Lee also pushed for the abolishment of the “Taiwan Province” layer of government, as well as of the National Assembly, which eventually ceased to function in 2005.

2000 – The transition to democracy culminated in March 2000 with the election of Chen Shui-bian, the first non-KMT official to be elected to such a position. He won with 39.3% of the vote in a three-way race against KMT candidate Lien Chan and independent candidate James Soong. In March 2004, President Chen consolidated his position of power with a slightly over 50% victory.