You will be happy to know that Taiwan offers plenty of sports and outdoor activities to keep you busy and the heart pumping. The downside is that not everything is as convenient as you might be used to, but not to worry! Making your life easier was why we decided to make this guide.

In Taiwan, people are avid sports fans and have a particular love for baseball. Wang Jianming (a pitcher for the New York Yankees) is practically a national hero. If he is the starting pitcher don’t be surprised if your boss arrives late to work. It is also a safe bet to assume that a Yankee game is being broadcast everyday of the year, 24 hours a day. Their devotion to this team is borderline unhealthy. Taiwan also has its own major league baseball teams, which can be fun to watch and a good cultural experience.

Baseball players will find plenty of opportunities to get out and hit a ball. Every city will have at least one large amateur league for you to form to team in. Some of the larger English schools (Shane for example) will sponsor a foreign teacher team, as well as some of the popular ex-pat bars. Reach To Teach will also sponsor our own team from season to season depending on the level of interest.

You do not need to bring your own gear to Taiwan. Mitts, balls, and bats can all be easily found here and for quite cheap. Save the luggage space for something else.

Next to baseball, basketball is probably the next more popular sport among Taiwanese. Local outdoor courts are never hard to find. Taiwanese are very approachable and will likely be eager to test their skills against foreigners. A university recreation center is probably your best bet if you want to play indoors.

Ice hockey has a healthy following here among the foreign community, and is dominated by the Canadians (surprise surprise). The league is centered in Taipei where currently eight teams square off for bragging rights. Before each season a draft is held to form teams based on players abilities.

Each year there are also a number of tournaments held throughout Asia that brings together some of the top teams in the region. In fact, teams from Taiwan have dominated many of these tournaments in recent years, but regardless, these tournaments offer a great opportunity to travel and meet other English teachers in Asia.

Soccer is also one of the most popular sports among English teachers in Taiwan. Amateur leagues exist in every city, and like baseball, teams are usually sponsored by schools or bars. Fields also exist where you can just go and start a pick up match.

Together with ice hockey, rugby is almost exclusively foreigner based in Taiwan. Most of the teams are centered in Taipei, but there a couple teams from Taichung and Kaohsiung that will come to Taipei to play. There is also a women’s league that plays regularly. Girls who are interested can email Shebabs@yahoogroups.com for more information.

Rugby tournaments are regularly held throughout Asia and provide a great opportunity to travel and take part in some exciting matches.

Swimming pools can be easily found throughout Taiwan and membership is generally very cheap. Typically the monthly fee for a decently sized pool is NT$1,000. The pools here have no hidden surprises so you can expect the same services and cleanliness as you would from any pool back home.

Tennis is one of the fastest growing sports in Taiwan that is popular among Taiwanese and foreigners alike. Tennis clubs exist where you can join and have unlimited access for a monthly charge (NT$1,000+/month), while other courts charge an hourly fee (NT$150+/hour) or by the person (NT$100/person). The varying degrees in price generally reflect how nice or new the court is. Most tennis courts will also have an accompanying pro shop where you can buy equipment. 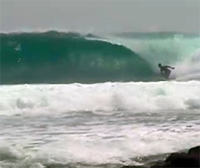 Surfing has shown tremendous growth recently as young people in Taiwan have been quick to jump on one of the most popular worldwide sports. However, while Taiwan is an island the surfing opportunities are limited. Much of this has to do with the small size of the waves, as well as the generally poor condition of the beaches. The fall and winter months bring the bigger waves, but don’t expect anything over a six-foot break.

Here are a couple of the small surfing communities around the island and directions on how to get there:

Jinshan – Located northeast of Taipei, this will be the closest surf spot for those living in Taipei. From Taipei Main station you can take a train to Keelung and then transfer to the Jinshan/Keelung bus (基隆客運) headed toward Danshui and get off at the “Mid-Cape stop” 中角站. Figure roughly two hours for total travel time. There are a number of surf shops here where you can rent/buy equipment and sign up for lessons. There are also couple cheap accommodation options (NT$300/night) if you want to make a weekend out of it.

Yilan – Located southeast of Taipei this is another option for those living in Taipei. Many locals will stand firm that the best surf in Taiwan is located here so it is definitely worth a visit. To get here you need to take a train from Taipei Main station to Waiao train station (外澳火車站) and then it’s a further 10-minute walk into town. Total travel time is slightly over two hours. There are a couple small surf shops that can provide equipment rentals and lessons. Cheap hotels (NT$200/night) can also be found should you want to make a weekend of it.

Kenting – Located at the very southern tip of the island, Kenting is one of the top destination resorts in Taiwan. The beaches here are beautiful and provide great surfing, as well as snorkeling and diving. To get here you must first take a train to Kaohsiung and then transfer to any number of buses headed to Kenting 墾丁. Surf shops are abundant here but are also generally more expensive. Hotel options are also much more expensive (expect to pay at least NT$1,500/night and even more during a holiday weekend). The travel time to get here is dependant on where you care coming from, but from Taipei figure at least eight hours if you take a conventional train and bus. Potentially you could cut this time in half if you take the High Speed Rail, but that is an expensive option.

Miaoli – Located southwest of Taipei, this is one of the few options for surfing along the sheltered west coast. The surf here is good thanks to high winds that hit the area. This also makes it a popular spot to go wind surfing. The one surf shop, Spot-X-Sport, is located in the Chunan Seashore Forest Park. For a flat NT$400 fee you get equipment rental, a basic surf lesson, and a spot to sleep for a night. Not a bad deal at all. To get here from Taipei Main Station, take the train to Chunan train station 竹南火車站 and then a taxi to “jia ri zhi sun 假日之森”. Total travel time is roughly two hours.

Rock climbing is another sport that has recently taken off in Taiwan. Currently there are a number of different indoor climbing walls in Taipei, Taichung, and Kaohsiung. Most will require you to have a Belay Safety card or an international equivalent to climb. If you don’t have that or are just a beginner they can offer you a class to get certified (NT$2,000 for a six hour course). After that you generally pay per session (NT$125+/session). Renting equipment is also easy to do and cheap. 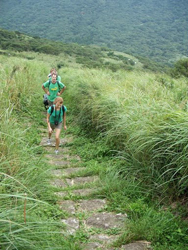 There are a lot of great hiking opportunities all across Taiwan, most of which are very easy to access. Those living in Taipei will be a short bus ride away from Yongminshan National Park, a great destination to escape the heavy city congestion. The park is very large and offers enough trails to keep your coming back for months.

Great weekend hiking destinations are Alishan mountain, Sun Moon Lake, and Toroku Gorge. Waking before dawn to hike to the top of Alishan for the sunrise is considered one of the ‘must’ things to do while in Taiwan.