Not all disruptive behaviors in your students are created equal. A key to managing your class and keeping everyone behaving is identifying the reason why certain negative behaviors happen, and knowing the best way respond.

They don’t understand the materials 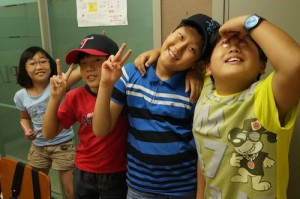 One of the biggest reasons you’ll find students acting out, causing problems, refusing to do work, or disrupting class is simply that they don’t understand the lesson. They fall back on acting out rather than admitting that they can’t do the work – better to be the class clown than to look stupid.

Pay attention to when the student starts being disruptive.  Is it mainly when everyone is working independently on a writing assignment or worksheet?  Do they seem to  make snarky remarks when you ask them to answer a question or draw inappropriate doodles when they’re supposed to write an answer on the board? Then there’s a good chance they’re trying to cover up a lack of understanding.

Try pairing this student up with a classmate who can help her, or talk to the student in private to offer extra help.  Focus on and encourage the student’s strengths, and when you can see that she has a right answer on her worksheet, make it a point to call on her to say the answer or write it on the board.

As a last resort, if it’s clear that the student is really struggling, you might want to suggest private tutoring to the school or her parents, or suggest that she be placed in a different level.

The more you can make sure that the student understands what is going on in class, has the help she needs to do well on classwork, is reinforced for understanding and putting in a sincere effort, and feels like a valuable part of the class, the more the behavior will improve.

Some kids just crave the limelight.  And, since it’s easy to give way more attention to negative behaviors and disruptive students than to well-behaving ones, you’re probably giving him exactly what he wants.

Whenever possible, simply ignore his comments, noises, or behaviors, and encourage the rest of the class to do the same – any attention at all that you give to those behaviors, even negative attention, is just going to reinforce them.

If it gets to the point where it is genuinely disrupting class, deal with it as quickly and quietly as possible, then move on.

Look for ways to give the student the limelight in a way that is beneficial to him and the class: give him a major role in a play, let him teach the class an English song, or let him help write on the board.

The key is to show him that he can get the attention he wants by behaving and following the rules, and that negative behavior is just going to be ignored.

They are just going along with classmates

Some students aren’t really actively trying to be bad or disruptive at all, they just tend to go with the flow.  If the whole class is talking over the teacher, they’ll talk to.

If the student’s friends are deliberately not taking a game or activity seriously, they’ll blow it off, too.  If you pay attention to when disruptive behaviors start, you’ll start to notice if certain students tend to be the ringleaders.

You can pretty easily identify the kids who are just along for the ride because they don’t want their friends to think they’re being the teacher’s pet.

They genuinely can’t help themselves

Some students really don’t intend to cause trouble.  They just have poor self-control or very low impulse control, and tend to blurt things out, jump around, forget things, and get easily distracted and off-task.

Seat the student up front if possible, so you can keep a close eye on her.  Work out some kind of signal that you can give her as a kind of warning before you initiate any kind of consequences.

For example, if she forgets to raise her hand and blurts out an answer, you can clear your throat at her and raise your hand yourself as a reminder.  Or, if you notice her doodling on her paper, instead of punishing her, give the worksheet a tap with your finger to remind her to stay on task.

Subtle signals like that give you an easy way to frequently remind these students of the rules without the need to punish or call them out on being disruptive.

Other students are pushing their buttons

This is different from just following along with the flow of other students who are misbehaving.  This is when classmates are actively provoking a student in a subtle way that makes it look like he’s the one starting the trouble.

For example, a couple of students might be tossing paper scraps at him while your back is turned, until he explodes in anger and throws a book at them.  All you see is the book being thrown, and it’s easy to jump to conclusions and just punish that student.

Of course, deal with the disruptive behavior of that student – whether they are being goaded on or not, it’s still unacceptable to lash out.  If you think this is the underlying reason they’re misbehaving, though, don’t bring it up during class.

Talk to the student before or after class – you may find that they are too proud to admit that they’re being picked on, or, depending on their English level, aren’t able to communicate what is going on.

Try switching seats to move him away from potential aggravators, or ask a co-teacher to sit in on class and keep a closer eye on students while your back is turned.

Whatever the cause of misbehavior is, it’s important to give students the benefit of the doubt.  Always remember that they are just kids being kids – they want to have a fun and rewarding time in class.  It might just take a little extra work and attention for you as a teacher to figure out what’s causing their misbehavior and how to respond to it so that they can enjoy being a part of class instead of disrupting it.