Working for a Hess Franchise

Working for a Hess Franchise

Working for a Hess school has been an amazing experience! 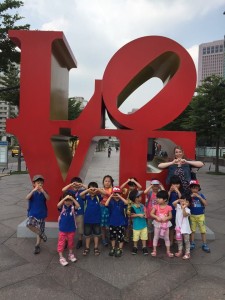 When I lived in the United States I always believed an important step in leaving your current job was making sure you have a new one already lined up. I think this is even more important when planning to leave the country. This not only helps to put one’s mind at ease but also ensures that there will be a way to make a steady income.

This is one of many reasons Reach to Teach receives such praise from past teachers and why they have such great reviews on their Reach To Teach Facebook page.

Finding a new job in a new country which you likely have never been to is a difficult task. Even before using Reach To Teach to find a job I had searched the internet for months looking for a job.

After a few subpar email correspondences, dead-end email addresses, and less-than-okay contract offers, I was beginning to think I should just settle on a job. Then, I received an email from Reach To Teach.

My RTT representative found out my interests and what I was looking for in a job and worked with me to find the perfect position. Five schools and two applications later we found a job at a Hess franchise that really suited my interests.

I was wary at first because of the stories I had heard from other people and from online resources. I felt that if I worked at Hess I would be a tiny cog in a much larger machine; however, my rep reassured me that the Hess schools that Reach To Teach works with are different.

The school I was placed at is one of a number of Hess franchise schools that Reach To Teach works with outside of the Hess Head Office scene. They are independently-owned and thus run, in my opinion, with more freedom and more focus on the students’ and the employees’ well-being.

Taking my experiences working at a Hess franchise, these are my reasons that make this branch an amazing place to work. I also hope this article will help people generate ideas of the kinds of places they may like to work.

Don’t disqualify interviewing with a school simply because of what you’ve read about a school online. Large chain schools often come with a bad reputation and this makes sense if you consider that there are bound to be a few badly managed schools in a group of 100+ schools.

Taking this into consideration though, please also consider that there are always good schools out there to work for, and your recruiter will be able to tell you about the school and put you in touch with a teacher who is already there.

My school is located in a great area of Taipei, squeezed in between two main districts, and it is just minutes from the Miramar Entertainment Park. The area has the feel of living in a city without the chaotic traffic and noise.  If you walk five minutes up the road from my school, you’ll find yourself at a serene neighborhood temple and park – the perfect place for lunch breaks and trips with your class.

Additionally, Miramar hosts a range of different restaurants, stores, and entertainment. It is a great place to go after work or during lunch with friends and co-workers.

Inside a larger, modern apartment complex, the school has plenty of space. The school spans three floors with room to spare including sixteen classrooms, a large bathroom area for the students, a teachers break room, a kitchen, a small indoor playground, and a small library.

The area gives children enough space to move around freely without feeling crowded. The classrooms can accommodate anywhere from 10-20 children. The school separates classes well so there is no interference from different age groups.

The library gives students enough English and Chinese books so they are reading something new every week. The teachers break room includes two computers, three desks, and space for lesson preparations, and the kitchen prepares food for students and teachers.

The school consists of a number of different sections including the ACP (American Curriculum Program) cram school, and the Chinese cram school. Each has their own leaders, with an overall manager taking care of the school. Since the school doesn’t need to directly answer to Hess higher-ups, managers give teachers more freedom with their teaching styles and schedules.

Within our curriculum, we have field trips planned for once a month, special holiday events, graduation ceremonies, and a science fair. Students are teachers’ number one priority and they are taught in two languages from a very young age.

Students getting an opportunity to learn a second language at an early age gives them immense advantages later in life. As our world continues to globalize language, learning becomes not only important but crucial to our overall sense of well-being.