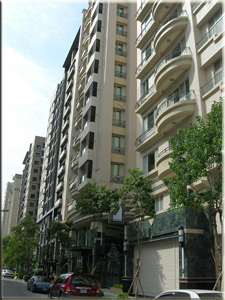 Schools in Taiwan don’t provide housing for you, but they generally assist in helping you find an apartment which matches what you are looking for. Most schools that Reach To Teach is affiliated with in Taiwan offer some form of assistance when you first arrive, whether it takes the form of direct help in finding apartment and/or providing you with temporary housing. However, schools in Taipei typically do not offer assistance because it is relatively easy to find housing in Taipei. Furthermore, the expat community in Taiwan is massive.

This assistance is extremely helpful when trying to negotiate leases and find a location you’re happy with. We don’t advise you to sign a rental contract until you are here in person to see the apartment.

Apartment hunting in Taiwan may at first seem overwhelming because of the language barrier, but with a little patience you will have no problem finding something to your liking. Concentrate on taking your time and finding a place which is comfortable and located near your school and you’ll get more out of your teaching experience in Taiwan. Most teachers find their apartment to be cheaper and a better value than anything they could have found back home.

The cost of an apartment in Taiwan varies from city to city. In all cases, apartments here are much cheaper than what you would expect to pay in most Western countries. Your cheapest housing option is the studio-apartment, which usually comes furnished with air-conditioning, bed, desk, chair, and clothes cabinet. One-bedroom apartments may or may not have a kitchen or come furnished. Two and three-bedroom apartments usually have at least 2 bathrooms and a kitchen. They may or may not come furnished.

Taiwan’s first choice for housing and real estate in Taiwan, 591.com may be written in Chinese, but it can certainly be navigated through Google translate. If you’re looking for housing in Taipei, check out our article on How To Find Housing in Taipei.

A lack of space is a definite drive behind the high prices in Taipei and, as such, apartments tend to be on the smaller side. While the interiors of most apartments are well maintained and clean, the outside streets and alleys can sometimes feel dirty and uninviting. Similar to much of Asia, Taiwanese cities appear to be one giant concrete jungle with very little space given over to open spaces and parks. This is the price you pay for the convenience of living in Taipei, or other major cities in Taiwan.

Housing In Other Cities

The housing situation in the rest of Taiwan is roughly the same throughout, particularly in terms of price. You can expect to pay as little as NT$6,000/month and no higher than NT$10,000/month + utilities for a simple one bedroom studio. Space is less of an issue so apartments tend to be a little larger than a similarly priced Taipei apartment.

Expect to pay NT$500 to NT$1,000 a month for basic utilities (water and electricity). There is no central heating in Taiwan because frankly it is not that cold. Should you be a little on the cold blooded side you can buy a small electric heater that will heat a small room, but expect to pay for it in your next electric bill. Most apartments do come with air conditioning which is an absolute must during the summer months. Again, expect to pay a little extra on your electric bill.

These days just about every apartment is hot wired with a broadband internet connection right when you move in. Many landlords will include the internet in monthly rent, but if they don’t you should expect to pay an additional NT$500/month for internet.

When you have finally found the right apartment it is time to sign the lease, and luckily they are pretty straight forward in Taiwan. Often, you will be required to pay a two-month deposit + the first month of rent straight away.

A NT$7,000/month apartment would mean you need to pay NT$21,000 ($600 USD), so be prepared. The length of leases in Taiwan are generally a full year, although many landlords are accommodating if your circumstances are different.