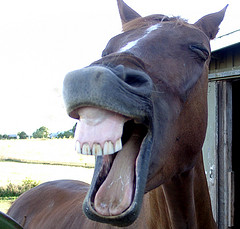 For the people of China, Taiwan, and other Asian countries,  the biggest holiday of the year is Chinese New Year. Think Christmas, but with fireworks. Think Thanksgiving, but with more variety of food. Think the Fourth of July, but with bigger and louder fireworks! It’s a celebration to usher in the coming spring, and it’s all about family time and good food. It is definitely the biggest party of the year.

Chinese New Year is also known as Spring Festival, and marks the end of winter’s cruel chill and welcomes spring’s thawing warmth. However, this has always seemed a bit strange to me, as the lunar new year usually falls somewhere between the last part of January and the middle of February. In other words, “Spring Festival” falls in the middle of winter. The really, really cold part of winter when the weather is frightful. There’s nothing spring-like about it! Why then, is it not called “Chinese Cold Festival”, or “Festival of Freezing Your Toes Off”, or perhaps “The Celebration of Shivering”?

When I asked my Chinese friend about this, he said to go away, and told me that I asked too many questions. When I asked a different Chinese friend about this, he said, “It’s called Spring Festival because that’s when the seed of spring is planted and starts growing, promising an end to the current cold weather. Now, go away.” I can accept that, I suppose. But I still think Chinese New Year is a better name.

The 12 Animals of the Chinese Zodiac

What exactly does that mean? Well, a very long time ago during the Han Dynasty, back when animals could talk and understand humans, the Jade Emperor of China called the animals together to a banquet and decided to name the cycle of years for the first 12 animals to arrive. This wasn’t incentive enough for any exciting, unusual animals to try for the honors except the dragon.

Only 13 animals raced to the Emperor’s feast, unless the others were edited out of the story thanks to Chinese censorship. The animals who made it were (in order), the rat, ox, tiger, rabbit, dragon, snake, horse, goat, monkey, rooster, dog, and pig. The 13th animal, the cat, was drowned while crossing the big river thanks to a well-timed shove from the rat (and this is why cats always chase rats, according to the legend).

The Emperor was pleased  at all this, but was puzzled as to why the dragon, who could fly, finished fifth instead of first. The dragon responded that he had a responsibility to fly into the sky and make it rain so everyone on the planet could have water, so he was held back. The Emperor bought this story, but later the dragon confided in the ox that in fact he was out eating small children. The banquet was marvelous and the Emperor’s silly year-naming system stuck and is still used today. Except in Canada where every year is year of the beaver. An intricate Year of the Horse papercutting

Just as animals have different attributes and personalities, so do the years they represent. Each year follows a cycle associated with the five elements as well which are metal, water, wood, fire, and earth. So this year is not only the year of the horse, but it is a wood horse. It is supposed to be a good year for victories, unexpected travel, and romance. I guess that means you might fall in love while traveling spontaneously and win all the fights you have together.

As with other forms of astrology, people born in a year of the horse are supposed to be somewhat predictable in personality. For example, if you are a horse you are supposed to be cheerful, energetic, skilled with money, perceptive, witty, and love crowds. Some notable people who were born in the year of the horse include Genghis Kahn, Rembrandt, Sir Paul McCartney, Oprah Winfrey, Kobe Bryant, Jacky Chan, and my uncle Roy who lives on the streets of Kansas City and is an embarrassment to my entire family. Chinese New Year is one of the national holidays, and usually people get at least a week off of work. The festival officially lasts for 15 days, and is capped off by the Lantern Festival. So having a week off of work or more, plus weekends, is a perfect recipe for traveling and exploring. Unfortunately, everyone else has the same idea, and the trains, buses and planes can be extremely crowded.

See also  The Quiet Burden Of A Traveler

This is especially true in China because people traditionally travel back to their hometowns to visit their families at this time. Some people travel for days by bus or train to cross the country and go home to visit their loved ones. It is known as the world’s largest annual human migration, where in 2012 over 3.4 billion trips were taken. This seems like a staggering figure, and it is. Overcrowding and overpopulation are never more of a problem than when you and 400 other people are trying to crowd onto a bus that normally only holds 52 passengers. Imagine the elbowing and shoving that goes on, and mostly by little old ladies.

It is a well known fact that the best way to experience a holiday while living abroad is to spend it with the locals and see it properly done. I was fortunate enough to spend Chinese New Year with a Chinese family one year when my Chinese teacher invited my wife and I to come to her home in Datong, Shanxi Province. Needless to say, it was amazing. My teacher (let’s not use her real name, let’s call her Jane) was a wonderful host, and her mother made us a lot of incredible food. Their tradition is to have a giant Mongolian hot pot, which was full of noodles, veggies, mushrooms, mystery meats, those funny little meatballs made of who-knows-what, and was seemingly bottomless.

It was a very memorable meal. Be warned about these family dinners, as it is the host’s mission to make you consume more food than your body is designed to hold, and the host revels in your pain. I still remember Jane’s mother’s motherly smile (laced with evil) as we toasted our health with a glass of baijiu, or “white liquor”, over and over again until I forgot where I was and could barely sit up. They told me the next day that Jane’s mother was switching her baijiu glass with a glass of water whenever she would cheers me. Very sneaky, the old trickster! The next day we made dumplings together with the whole family, and of course, my dumplings were horribly disfigured and made everyone laugh. I like to think that they were the tastiest ones, though. It was great fun to laugh and talk together and experience this special family time. We did a lot of fun things and Jane’s whole family was always thanking us for coming and spending the holiday with them. Everyone loves fireworks! The louder, the better.

Datong is a big city, and people had been letting off fireworks sporadically for days all over town. This was just warming us up for the big event to come. The fireworks are supposed to scare away the evil spirits, but I suspect they just make them deaf. At midnight on the eve of the new year, everyone lights off fireworks at the same time, and for the next hour or so the sky is filled with thousands of explosions of light and sound, a deafening roar so loud that I imagined there had been war zones that were quieter.

It was beyond description. After an hour or so, the fireworks continued, but the intensity died down. Either that, or my eardrums had burst, I wasn’t sure. Everyone was in the streets having fun, among the river of red paper bits left over from the firecrackers. Everyone was on holiday, but I was imagining the poor street cleaners the following day, in what was probably their busiest day of the entire year. It is another tradition to stay up all night playing games, making dumplings or watching special programs on TV, but we went to sleep, exhausted by all the food and fun. It was an incredible experience that I would repeat in a heartbeat. Numerous Chinese friends have asked me many times what we do in America or Canada for Chinese New Year, as in how we celebrate it. Do we also get together and have a big meal with family? Do we light off fireworks too? They are absolutely shocked when I have to admit that we don’t have Spring Festival, and in fact, nobody knows about it. Jaws drop. But, I always add, there are places you can go like Chinatown, and they celebrate it there. Whew! Palpable relief washes over them as their horror recedes. Not all of them are barbarians after all!