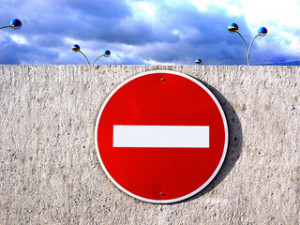 Those afflicted with wanderlust understand the yearning of unfamiliarity. They set out across the globe in search of new flavors, faces, and experiences. If there is one thing that separates a true nomad from the average tourist, it is their uncanny ability to pick up on subtle cultural differences when venturing forth into a new country. With keen eyes, they study the locals around them. They notice, imitate, and adopt the specific hand gestures, words, and unspoken social rules that apply to the culture. The art of observing and blending while traveling takes time to cultivate.

For those who have not mastered the skill yet and still declare themselves amateur travelers (no shame in that), other means of learning about the culture must be found. The most obvious being, of course, internet research. Cultural rules can always be learned the hard way during travels, but the transition to a new country is made seamless when research is done and the traveler already knows the dos and don’ts of the culture.

In this 2-part piece, the top 5 dos and top 5 don’ts of South Korea will be shared for all novice wanderers to take note.

1. Don’t Call A Person Over With Your Palm Facing Up Whether beckoning a student to your desk for praise or flagging down a taxi after a night of boozing on the town, never gesture to another person with your palm facing up. Koreans consider this a rude way to ask someone to come over. The reasoning behind why it’s rude seems to differ on who is asked, but the majority seem to answer that it is the way dogs and other animals are called. Avoid offending anyone by learning the polite way to ask someone to follow or come close. Simply flip your hand over so that your palm is face down and make a digging motion toward your body.

2. Don’t Take A Seat On The First Half Of The Bus

Elderly folk reign supreme in South Korea. It is a fact of life in the land of morning calm that all foreigners need to learn and accept no matter how difficult or unfair it may seem. The elderly are allowed to do whatever their grumpy hearts desire, whether that be cutting in lines or yelling at people for being too loud in public. Travelers can stay clear of their anger streaks by keeping clear of the first section of bus seats. These special seats are designated for senior citizens, handicapped, and pregnant women. If the bus happens to be completely empty, it is safe to sit. However, be warned that on a crowded bus senior citizens aren’t shy to claim a seat reserved for them if a young person is occupying one. Stick to seats towards the rear to be safe.

Tipping servers, bartenders, and cocktail waiters is ingrained in western culture. Those who have worked in the food industry in America can attest to the importance of tipping for service. Most would agree that there is a minimum percentage which should be given regardless of service, but those rules don’t apply when dining out in Korea. Korea is not considered a “tipping country”. There is no need to dish out an extra 20% when dining out, grabbing a drink at a bar, or taking a ride in a taxi. Although the gesture of leaving money as a thank you is seen as polite to foreigners, it can be considered rude to some Koreans. Giving extra money to a public service worker can be mistaken as a sign of arrogance and pity. It’s best to avoid possible awkward situations by assuming you shouldn’t tip unless a sign states it is fine to do so.

See also  Falling Back In Love With Korea Koreans love to share. Most meals in Korea are served up family style with a spread of dishes covering a table for each guest to pick from as they choose. Individual plates are nonexistent at some meals. It is considered polite to always accept something offered by an elder. If a foreigner’s rice bowl becomes empty, the host will spoon more into it, and at times even from their own bowl if there isn’t extra rice. If a beer glass becomes empty, it will promptly be refilled. How does a traveler end the cycle of eating and drinking without snubbing their host? Simply accept what is offered, take a small sip or bite, and leave the rest in your bowl or glass.

5. Learn The Social Conventions For Friendships

For a traveler, there is nothing more rewarding than making a friend native to the new culture. Forming friendships with native citizens opens doors to Korea that wouldn’t budge an inch open otherwise. There are rules that should be learned and followed for forming friendships in Korea if travelers really want an authentic experience. While there are quite a few rules to be learned, there are two that seem to bear the most significance. First, males and females are rarely just friends, especially if either is in an outside romantic relationship. In western culture it seems normal for two friends of the opposite sex to meet up for a meal or coffee, but in Korea it’s rather uncommon. Second, work space friendships tend to border on personal to a western eye with the amount of office dinners and drinking that occurs after work hours, but this topic will be dissected further in part two. (More Korean office don’ts can be found here http://www.chasingglitter.com/blog/2013/11/18/surviving-the-korean-office-the-top-5-donts)

These 5 don’ts are just a small glimpse of what cultural etiquette is like in South Korea. If you’re a seasoned traveler, are there any don’ts you’ve discovered during your time in Korea? Share them in a comment below.

5 Important Dos will be published soon.

Until then, safe travels.